Top of her game

With a slew of hit films, it seems Deepika Padukone has nowhere to go but up 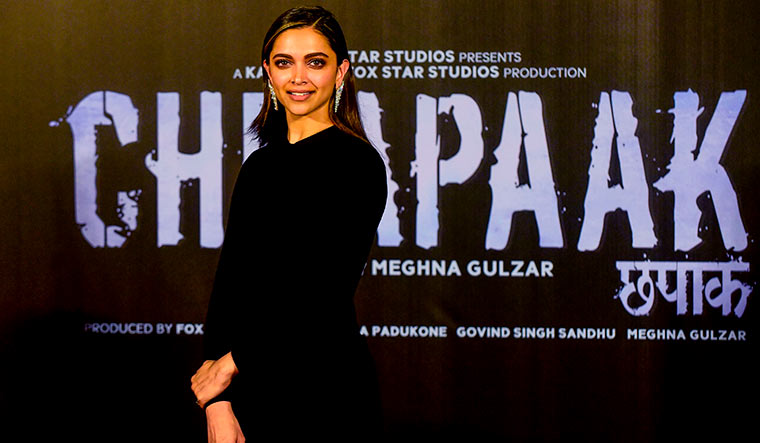 Once, while studying at a convent school in Bengaluru, Deepika Padukone dressed up as the principal on Teacher’s Day and imitated her so well that the whole school was in splits. A few days later, one of her teachers recounted the incident to Deepika’s parents—Ujjala and badminton legend Prakash Padukone. “Everyone was so impressed,” the teacher told her mother.

Ujjala feels that Deepika always had the ability to act. “She is just getting better with every movie,” she says. “Her choice of scripts and films is improving day by day.” She is not just saying that because she is Deepika’s mother. According to the actor, her mother is her biggest critic, who is “brutally honest” about her performances.

Deepika is waiting to hear what her mother thinks about Chhapaak, which is based on the life of acid attack survivor Laxmi Agarwal. “It has been an eye-opener,” says the actor about her role. Playing an acid attack survivor day in and day out did take quite an emotional toll on her. But at this stage of her career, after 12 years in the industry, she is looking for such meaningful roles. 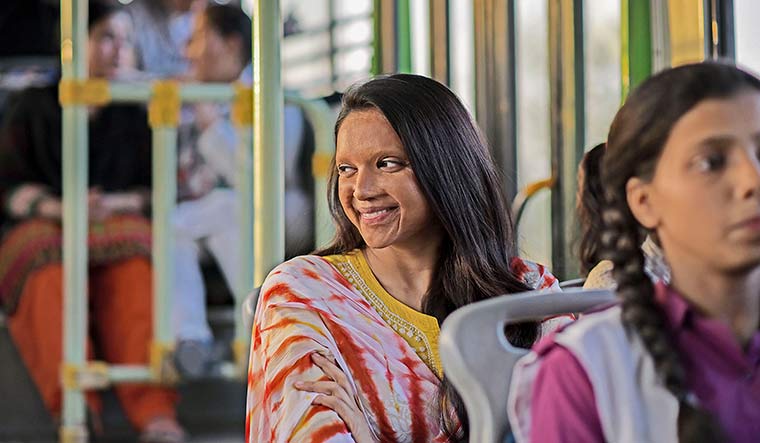 Chhapaak (2020) - the film is based on the life of acid attack survivor laxmi agarwal.

For Deepika, getting better creatively has been a gradual process, feels director Indrajit Lankesh, who launched her in his Kannada film, Aishwarya (2006), after he saw her modelling at a fashion show that he was judging. He remembers two things about her—how captivated he was by her looks and confidence, and how nervous she was during Aishwarya’s shoot. “But for a newcomer, she was a complete professional,” he says. “Even before signing on, she had a manager. She engaged in every conversation about the film.”

By the time Aishwarya became a super hit, the actor had already signed on for Farah Khan’s film, Om Shanti Om (2007), starring Shah Rukh Khan. While Deepika stood out in the hit film for her beauty, her acting was not so well appreciated. But she kept working on her acting skills and whatever else was required to make it in the industry. Lankesh recalls how, because of her Kannada accent, she could not dub for herself in her initial films like Om Shanti Om and Bachna Ae Haseeno (2008). “But she never sat back and enjoyed the success of those films,” he says. “She attended workshops to improve her Hindi diction.... Now, in films like Goliyon Ki Raasleela Ram-Leela (2013) and Padmaavat (2018), you see her as a performer.”

Deepika herself says that her learning curve has been slow and steady. Because she comes from a sporting background, most of her youth was spent on the badminton court. She never watched any world cinema while growing up. The only films she watched were Hindi classics and mainstream entertainers like the Dharma and Yash Raj Films. She candidly admits that she is at a loss when people start discussing world cinema. “I usually do not have much to contribute to those conversations,” she says, adding that it is only now that she is familiarising herself with global cinema. 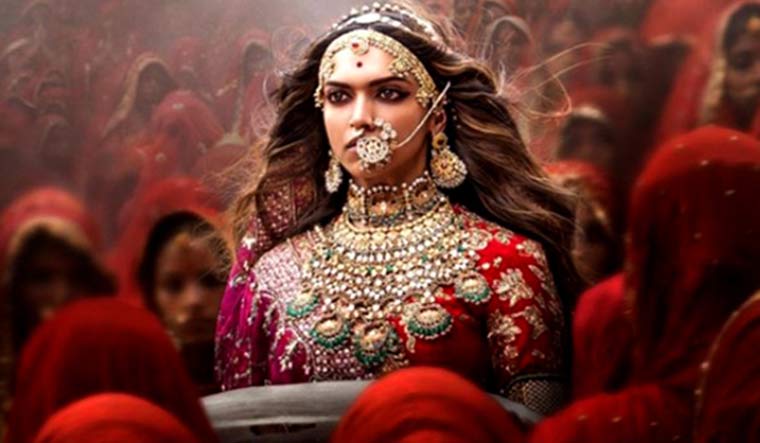 Imtiaz Ali, who directed her in Love Aaj Kal (2009) and Tamasha (2015), says that Deepika has always maintained a dynamic balance between being confident and taking risks. She always believed she could do what needed to be done but was willing to be guided, he says. Initially, however, she was less confident and was more or less happy playing second fiddle.

In the first part of her career, that lack of confidence or hesitation to steal the limelight determined her film choices. Some of the masala movies she did those days—like Karthik Calling Karthik, Housefull, and Lafangey Parindey—in which her role was limited to playing the hero’s romantic interest, were mostly flops.

“As an actor, craft is important, which you find as you go along. But what is also important are the actor’s decisions,” says Dinesh Vijan, producer of films like Love Aaj Kal (2009), Cocktail (2012) and Finding Fanny (2014). He believes Deepika’s career demanded a right choice at that time, and Cocktail—a film directed by Homi Adajania and produced by him—became just that. “She was itching to do a performance-oriented role,” he says. “And back then, almost eight years ago, there were few such roles for women.” 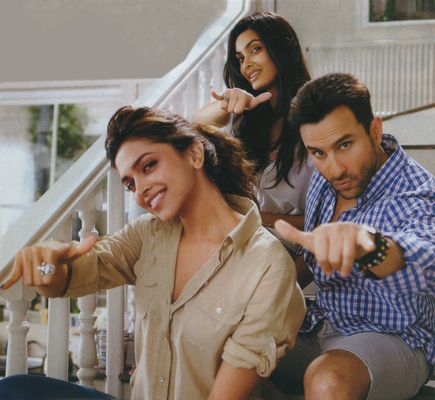 Adajania feels that her character was unlike any she had played until then. “Her career had plateaued then and she saw [the role’s] potential to redefine her,” he says. “It was a little hard for her to unlearn everything she had learnt till then, but when she realised that she could achieve this by totally [giving herself up] to the character and blindly trusting me, there was no turning back.” According to Vijan, that was a turning point in her career, after which, her choices improved.

By the time Piku and Tamasha happened in 2015—in which she played restrained and subtle characters—Deepika had not just grown professionally with films like Cocktail, Goliyon Ki Rasleela Ram-Leela, Bajirao Mastani (2015), Chennai Express (2013) and Finding Fanny, but she had also made some brave choices in her personal life. In the early 2010s, she called out then-boyfriend Ranbir Kapoor for cheating on her. Later, she opened up about her struggle with depression over the past few years.

The subtlety of Piku was a far cry from her glamorous, over-the-top roles till then. Its director Shoojit Sircar considers it a ‘middle’ movie—in between a masala and an art house film. Of course, the expected choice for a character like that would be someone like Konkona Sen Sharma, but when Sircar started writing the script, he found himself circling back to Deepika. With her star status, however, it was difficult to approach her. He decided to do so anyway because he needed someone with the persona and the courage to scold Amitabh Bachchan, who played her father. Sircar recalls Deepika frequently checking with him on whether she was being too harsh with Bachchan. “I had to tell her that I wanted more,” he says.

Ali, too, had re-united with Deepika for Tamasha around that time. “I realised that now she was confident in the limelight,” he says. “If she was the only person that the camera [was focusing on], she was okay with that. She would take more risks because she was more confident than earlier, [although] she needed to know that she could trust a certain instruction. But she would also do some things blindly because she was having fun doing it.”

Last year, when Meghna Gulzar approached the actor for Chhapaak, she had not expected Deepika to say yes. First, because it was an unusual role for which she would have to use a prosthetic to disfigure her face. Second, because she had mentioned in interviews that she wanted to do a light film after Padmaavat. But she agreed to do it within minutes of hearing the story, not even bothering with the full script.

“It was literally a no-brainer,” says Deepika about her decision to do it. “The story was something I was drawn to at many levels. [First], it would throw light on acid violence in our country, about which we do not talk as much as other crimes. But the more important reason was the spirit of these girls, how they have chosen to overcome such an incident and what they have chosen to make of their lives.”

Although Deepika was always a perfectionist, she has taken it to another level since moving to Mumbai, says Ujjala. Her multitasking ability, too, is incredible. “Even while she was busy promoting Chhapaak, both as an actor and co-producer, Deepika is in touch with her father [to plan] the silver anniversary celebration of his [sports] academy in Bengaluru,” she says. Now, Ujjala’s only concern is her daughter’s physical and mental health because of how demanding her work is. “I am constantly telling her to slow down a bit, to take care of herself and to make sure to have time to relax,” she says.

It seems like Deepika took her mom’s concerns seriously. After Padmaavat (2018), she did not sign on any new film. She got married to actor and long-time partner Ranveer Singh later that year, and used the two-year gap as a time for “creative fertility”. “It is extremely important as an actor to keep nurturing yourself and the different aspects of your life,” says the actor. “Sure, I might not physically have been on a film set, but spending this time meeting writers and directors, watching films and reading has been the most creatively nourishing for me.” In this period, she also took up chairmanship of the MAMI film festival, which, she says, has broadened her mind and made her realise how much more cinema there is out there than she was aware of. “I am willing to learn in this journey,” she says. “I have always been open to that.”

Marriage has not led to drastic changes. “One of the most beautiful things is when we come home to each other and get to spend time together. I do not think much has changed, which is a good thing,” Deepika says with a laugh. For her mother, it is great having Ranveer in the family. “It has been a blessing,” she says. “He is so protective and takes such good take care of her that, after her marriage, I have become much less worried about her.” Ujjala says that her daughter has wanted to go beyond acting for the past two years. “We are glad that she has set up her own production company and started off with a film like Chhapaak,” she says. “Deepika is never content with saying that ‘I am good as an actor’. She is always dreaming about what she can take up next. [Where she is concerned], every day is a surprise for my husband and me.”