Spirituality is entry point for many foreigners into India: Filmmaker Ben Rekhi 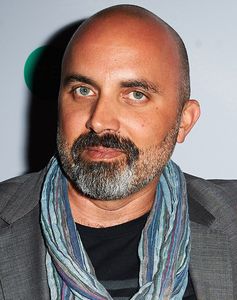 After Waterborne and The Ashram, Indian-American filmmaker Ben Rekhi is ready with his third feature, Watch List—a crime thriller about a woman trying to protect her children from the drug wars in the Philippines. Rekhi spoke to THE WEEK about the film, which was screened at IFFI 2019.

Q/ How did you get the idea for Watch List?

A/ It was the run-up to the 2016 US elections and the Philippines had just elected its new president. Much was being written about the drug wars in the country. One of the [news articles] featured a photograph of a woman holding her slain husband. She bore a resemblance to Mother Mary. I could not stop thinking about it and, in the end, talked to the journalist who had written the story. She invited me to Manila and I went there for three to four weeks. I spoke to a lot of war-affected people and realised its human cost. According to the police report, the death toll was 5,000, but human rights groups pegged it as high as 47,000.

Q/ You started working on Watch List even before the release of your previous film, The Ashram, set in India. Was it difficult to navigate the two worlds?

A/ A famous filmmaker who mentored me always said to ensure that your next movie was green-lit even before you finished your current one. That was very good advice, because you cannot control how a movie performs. It is very important to use the hype of the last one to [promote] the next. As far as the different genres are concerned, I am not genre specific. It all comes down to the story. The question I ask myself is whether it is worth spending the next two years of my life on.

Q/ You have said earlier that your visit to Rishikesh for The Ashram was rife with drama. Could you elaborate?

A/ I am half-Punjabi and half-American. I have grown up between these two worlds and their intersection is in my DNA. An entry point for many foreigners into India is, for better or worse, through spirituality. Initially, that is often confusing and dramatic, as Rishikesh was for me. Ever since it was put on the map by The Beatles, foreigners have been going there to find themselves, and along the way, some have lost themselves. That, to me, was an interesting and dramatic [angle].

Q/ You once said that everyone can make a film but only a few can make a good one and that selling it to the audience is the most difficult task.

A/ It is true. With the available technology, you can now make a film with $10,000 on your credit card. That is very exciting, too. The questions to be asked, however, are why I should make the film, who will watch it and what it is going to offer the world that is new. I think we should respect the most precious thing that the audience gives us—its time.