A trafficking survivor turns superhero in a comic book for youngsters 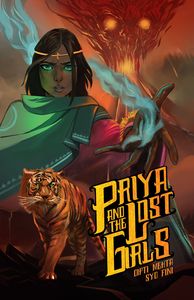 A gang-rape survivor. An acid-attack survivor. A sex-trafficking survivor. How often would you expect one of them to become a superhero? For Indian-American writer and documentary filmmaker Ram Devineni, however, it is in these characters that true superpower lies. Which is why Priya—the protagonist of his comic books—emerges from these disturbing settings.

In the first edition, Priya’s Shakti (2014), Priya challenged the stigma around rape, and in Priya’s Mirror (2016), she returned to fight acid attacks. Priya’s creation was deeply inspired by Nirbhaya, says Devineni, who was in Delhi at the time of the horrific gang rape in 2012.

In Priya and the Lost Girls, his latest book, Devineni plants Priya in a dark universe of sex trafficking. The journey began two years ago with Devineni meeting sex workers in the red-light district of Sonagachi, as part of a project by Apne Aap Women Worldwide, an organisation that fights trafficking. “Half of them were in the late teens to mid 20s, and the rest in their 30s,” he tells THE WEEK. He was deeply moved by the sights; one of them being particularly disheartening—that of children sleeping on the same bed that their mothers shared with clients. 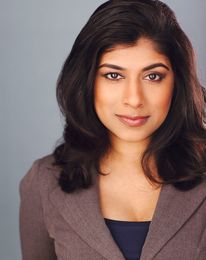 Devineni collaborated with US-based writer Dipti Mehta, who had researched in Mumbai’s red-light areas, to develop the plot. As the title suggests, the book opens a portal into towns and villages eerily devoid of women. When Ruchira Gupta, founder of Apne Aap Women Worldwide, first visited some of the villages in Nepal, she noticed that all the young women were gone. “Where are all the girls?” she asked, and the answer was: “They have gone to the brothels in India.”

Priya and the Lost Girls invokes real-life horrors of many young women across the world. “When Priya goes to her village, she sees that all the girls, including her sister Laxmi are missing. That is where the journey begins,” Devineni says. 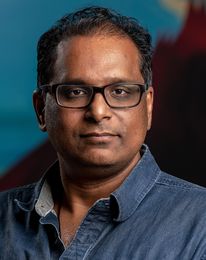 The books in the series invoke elements of Indian mythology. Priya—a gang-rape survivor—returns home on her flying tiger, Sahas, to find that the girls were taken to an underground brothel city, ruled by a demon named Rahu who derives power through entrapment of women. Rahu, says Mehta, stands for the collective energy of patriarchy—greed, lust and false sense of masculinity. “Priya is the hidden voice of every woman, reminding them of their own strength,” she says.

Though the theme is grave, the vibrant visuals make it appealing for young readers. While Devineni says he wants teenage boys to pick up the book, Mehta would be happy if it reached even kids as young as five. “The target age for abductors and traffickers is between five and 13. Our society thinks five-year-olds are too young to talk about these things,” says Mehta, mother of a five-year-old girl.