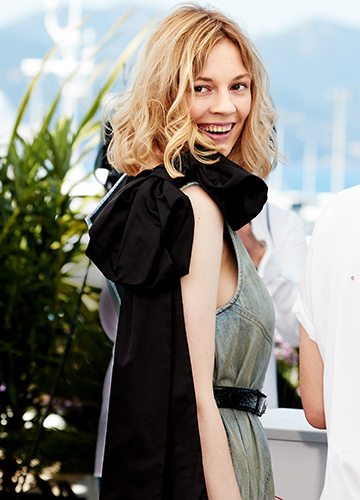 It has been a few months since the film Beanpole released in Russia. But the father of its 25-year-old lead actor, Viktoria Miroshnichenko, has not watched it yet. Not when it got rave reviews upon its release and her mother, who has watched it many times, heaped praise on it. Not when it won two awards at the Cannes Film Festival. Not when Miroshnichenko was nominated for an award at the European Film Awards, slated to take place on December 7 in Berlin. Not even when Beanpole was selected as Russia’s official entry for the Oscars in the best international film category.

“He says he is not ready to watch the film,” says Miroshnichenko. “He is not too comfortable with the intimate scenes or with seeing the troubling time of war.” The film, set in 1945 Leningrad, describes the post-World War II era through the lives of Iya (Miroshnichenko), who has just returned from the warfront with a three-year-old child to work as a nurse, and her friend Shasha (Vasilisa Perelygina), who is fighting her own battles with loneliness and the trauma of war. World War II has scarred Iya in several ways; for one, she has started to suffer from frequent concussions.

Every pre-screening moment of the film, including the one in Goa where it was screened at the International Film Festival of India (IFFI), still gives her the jitters. She is never sure how the audience will react, as the film gets too intense and numbing at times. It has changed her perspective, too. There has been a lot of churning within her ever since she did the film. She thinks a lot about the women who were part of World War II, and wonders whether the war should have happened at all. Or, whether we should celebrate it the way we are doing now. Her family has celebrated the Russian Victory Day (May 9) every year with a family meal, song and dance. People watch parades and celebrate in various ways. But Beanpole’s director, Kantemir Bologov, hates it all. He believes war is not an answer. “And why should it be called a victory day when so many people died?” asks Miroshnichenko, reflecting the views of Bologov. “Why should people take pride in it when it has only led to violence and can do that again?”

The acting, too, was challenging. She did not know how to start preparing for the role. “It was really important to know the post-war era, but it is a long history,” she says. “It took me a lot of time to understand the life and the times.” She says she still tries to comprehend the scars of war. Recently, she inadvertently found herself at an exhibition on the 2004 Beslan school siege. “I met a few survivors and the mothers of some of the victims,” she says. “[That is when I] realised one’s pain when something as unfortunate as this happens.” When she narrated her experience to her boyfriend, he admonished her for describing something so grim at bedtime. “It is hard to live with these kind of thoughts, but one should not forget that such things are happening around the world, day and night,” she says thoughtfully.

Beanpole happened when she got a call from a casting director asking her to prepare an excerpt from Svetlana Alexievich’s book, The Unwomanly Face of War. She was not aware it was for Bologov’s next film. His first one, Closeness, which had only released at the time, had left her shocked. “Almost frozen for a few minutes. The same way my character freezes in Beanpole,” she says with a laugh. 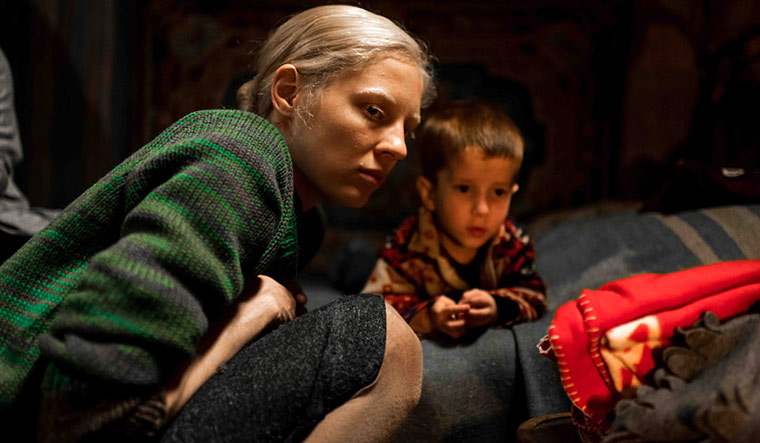 Bologov was both indulgent and exacting as a filmmaker. He kept reiterating to Miroshnichenko the books she should read and the films she should watch to prepare for the role; he even told her the kind of thoughts she should have at a specific time. “It was not that he was not giving us the space to improvise,” she says, “but he was always ensuring that the improvisation happens with the best understanding of the character and the storyline.”

It has been a great learning experience for Miroshnichenko—a graduate of GITIS, the Russian institute of theatre arts—to be part of this film. She says it continues to teach her new things every time she visits a new country with it. As we wind up our conversation, she is getting ready to fly back to Moscow and for her two upcoming plays—one at The State Theatre of Nations in Moscow and another at St. Petersburg. “And also to wait for interesting roles to come my way,” she concludes.