Failure is only for a season, says singer Jasmin Walia 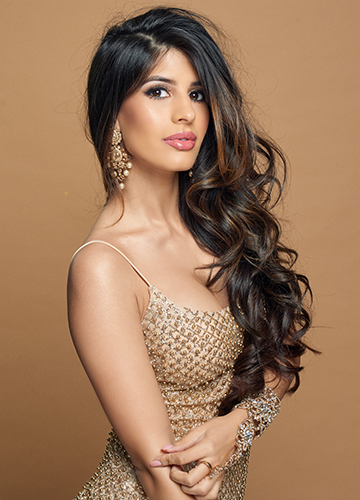 As a 10-year-old, British-Indian singer Jasmin Walia loved theatre and singing. She got her break in 2010 with the British television series, The Only Way Is Essex. Part soap opera, part reality show, the series covered the lives, loves and scandals of a group of Essex boys and girls. Though her singing journey had a bumpy start with a knock-back in X-Factor UK, her never-give-up attitude got her a rocking debut in Bollywood with the song Bom Diggy from the movie Sonu Ke Titu Ki Sweety. The song, which she sang with Zack Knight, went viral. Her recent ‘pop-partish’ single, Mañana, is also doing well with over a million views on YouTube in a span of two weeks.

Q/ Why did you choose singing over acting?

A/ As a child, I used to love listening to Indian music and watching Bollywood movies. This was one of the ways that I connected with my culture. Despite the fact that my family has no musical background whatsoever, I had a strong passion for singing. One evening, my father, who, for a fact, cannot sing, said I should pursue it. He signed me up for vocal training and before I knew it, I started taking part in solo singing competitions at school. Singing liberates me and I love blending ethnic music with pop.

Q/ What is the inspiration behind your new song?

A/ Mañana is a song I created with Spanish vibes as I like to change [things] with every song I release. Mañana means tomorrow in Spanish. So, in the hook chorus, I am singing about how I am not interested in this person so he can call me tomorrow. It could also be ‘main ne aana’ which means ‘I won’t come’ in Punjabi. The song is all about current love affairs and relationships.

Q/ Do you think auditioning for X-Factor UK was a mistake?

A/ Definitely! It was the biggest mistake I made and I regret every bit of it. They made me wait for about 10 hours before going on stage. So the whole day I was just going through the songs and by the time I got on stage I was tired and very nervous. I was made to sing five songs, but they showed only one in the video. People were laughing at me; the pressure was massive. I was bogged down by the whole experience, but I did not quit. After all, failure is only for a season and seasons change.