25 years after winning the Miss World title, Aishwarya looks back at her journey 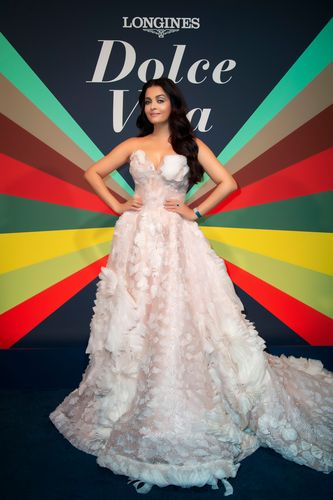 It all started when a class 12 student agreed to her first photo shoot for a fashion writer who was also her English professor at Jai Hind College, Mumbai. The girl went on to become Miss World 1994. At the time, the compere of the contest told THE WEEK: “I told Aishwarya that she would [be the winner] even before the final contest. She was so stunning, and way ahead of the others.”

Twenty-five years later, on a balmy winter afternoon, I met Aishwarya, radiant in a blush-pink gown, at a villa in Rome. She was there to celebrate her 20-year-long association with Longines and launch a few watches in the brand's Dolce Vita collection. She said it is Longines that discovered her after her crowning and the company has become like a family to her. “I feel so humbled and blessed to have been bestowed with these honours,” she said. “I strive to carry myself with utmost grace and dignity, and I am grateful for all my experiences. All I wish is for the energy to be able to give my fullest to all these roles and be the best version of myself....”

Giving her best seems to be her second nature. “Aishwarya is the most professional actress I have met in my 27-year career,” Rishi Kapoor once said. “She has no time for nonsense. She has no airs.” The actor, who was initially dismissed as “stiff and wooden”, went on to win six Zee Cine, four Screen and two Filmfare awards. She also won the Padma Shri in 2009. From the vivacious Nandini of Hum Dil De Chuke Sanam to the demure and elegant Mansi of Taal, Aishwarya moulded herself perfectly to every role she took on. 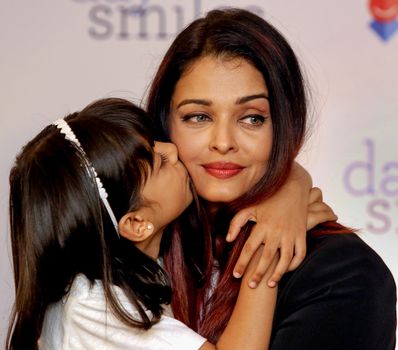 Her next movie is with Mani Ratnam. “I am a huge fan of his craft owing to our long-term association.... I have the utmost respect for his professional and creative process,” she said. In many ways, her career has come full circle as her first film, Iruvar, too, was with Ratnam. Those days, when celebs with a national presence turned their backs on the South Indian film industry, Aishwarya gamely took on a double role in the movie, based on the Dravidian movement in Tamil Nadu. Though the film flopped, her performance got rave reviews.

That stunning beauty of Iruvar, whose “long, cool glance could throw you off balance”, has come a long way indeed. More than two decades later, she is the mother of a seven-year-old girl. “Aaradhya is turning eight... how time flies,” she says. “There is this constant striving to give my all to all my commitments without missing out on the small joys of life.” It has not been an easy journey for her. But whether it was facing criticism for her poor fashion choices or being derided for her post-pregnancy weight gain, Aishwarya has gracefully weathered the storms of life. In a way, time has mellowed her. It is no longer about scaling the peak—she has done it already. Today, it is about who she makes the journey with and the quality of her relationships. “[That is what] enriches you on every level and makes this life so precious and invaluable,” she says. “I want to live every moment to the fullest.”