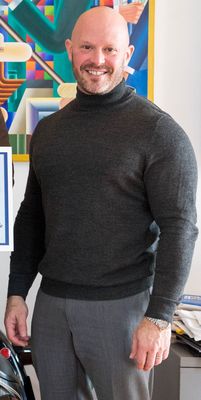 New York Film Academy (NYFA), considered to be among the top 10 film academies in the world, has an impressive list of Indian alumni, which includes Kangana Ranaut and Imran Khan. Shah Rukh Khan’s daughter Suhana and Sridevi’s daughter Khushi are currently pursuing degrees there. In an exclusive interview, David Klein, senior executive vice president of NYFA, spoke about what makes the academy one of the most sought-after ones in the world and about Indian cinema.

We require our students to do more filmmaking than any other school. Another aspect that makes the film academy extraordinarily unique is that our student body is significantly more international than many others. We have had students from 123 countries. At any given time, there are students from 20 countries.

NYFA is offering 50 scholarships to Indian students. Could you elaborate on it?

We have a range of short-term as well as long-term courses. A one-week course at NYFA costs around $1,600. And then we have our BFA (Bachelor of Fine Arts)—a three-year course that costs $40,000 in tuition per year. We are going to offer 50 scholarships to Indian students. They will get a 20 per cent reduction in tuition fees.

How do you rate Indian cinema? Do you think Indian actors are over-dramatic?

Indian cinema is created for an audience that appreciates it. They have certain expectations of what Indian cinema should be and what they want from it. Bollywood is trying to provide that and doing it well. I even love the song and dance sequences in Indian films. Song and dance are a part of Indian cinema that should never be lost. That said, I think you should not do anything that does not fit in the story.

Where does India stand in the international film scenario?

There are three major industries in the world. The US, India and Nigeria. India is a major player in the international film scene.

What is your advice to independent filmmakers?

Once you have made your movie, you should educate yourself on where that film needs to be seen. That is one of the things people do not realise. Understand what happens when your movie gets accepted at a film festival and learn how to network. Independent filmmakers should know about the business of the film industry. Make sure the right people see the film.