Every Indian girl who wants to be an actor dreams of romance: Mrunal Thakur 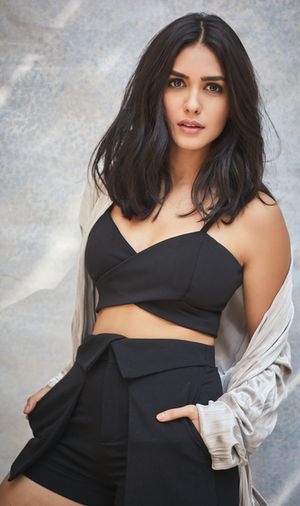 After her sensitive portrayal of a trafficked teenager in Love Sonia last year, Mrunal Thakur returned to the big screen with films like Super 30 and Batla House. As she gears up to act next in a Karan Johar film, she talks about her transition from television to films, her first commercial and acting in a Netflix series before the platform became popular.

Director Tabrez Noorani mentioned at the release of Love Sonia that he was impressed by your raw performance. As you had only done television till then, how was the transition to films?

Tabrez did not know that I was a television actor. On TV, I realised that I was getting stereotyped. That happens to most actors. But the first time it hit me hard was during my first commercial after doing almost 200 auditions. I cracked it. It was a Red Label ad directed by Vinil Mathew. There was no clap system in television. On the first day, the clap goes, “Clap one, two, three... clap 70, 80, 90.” It shook me. I started thinking that I was so bad. Vinil calmed me down and said, whatever you have learnt, just unlearn. That is how the process began.

Since Love Sonia, you have done considerably smaller roles in big budget films.

I will be honest. Love Sonia had not yet released and I had been struggling for two years. That is when I realised that if I was associated with a good project and team, I might get a bit of recognition. People would see my work and have enough faith in me to offer the kind of work I did in Love Sonia. I wanted them to notice my craft. I realised that the length of a role does not matter, the experience does. I did not want to sit at home and do nothing. I would rather grab every opportunity that I got. Learning is something that is [always] on my mind. I believe that ‘slow is smooth and smooth is fast’ in the long run.

How was the experience of acting in Karan Johar’s upcoming anthology horror film, Ghost Stories?

I had an amazing experience working with the dream director. Every Indian girl who wants to be an actor dreams of romance—wearing a sari and singing and dancing on snow. I think I am a romantic person on screen. I first got a call from Karan in 2016. He had watched the first cut of Love Sonia and said that he wanted to cast me in a glamorous role. Since then, he has been my guide. I cannot wait for the audience to watch me in Ghost Stories.

You signed up for a Netflix series—Baahubali: Before the Beginning—even before the streaming platform had established itself in India. What made you so sure?

People advised me against it. It was more than two years ago when I signed up and yes, Netflix was not big in India then. But I had a gut feeling about it. I was in a place where I wanted to explore different media, from television to films and the digital space. At the end of the day, I want people to understand that you are just an actor and the medium hardly makes a difference.