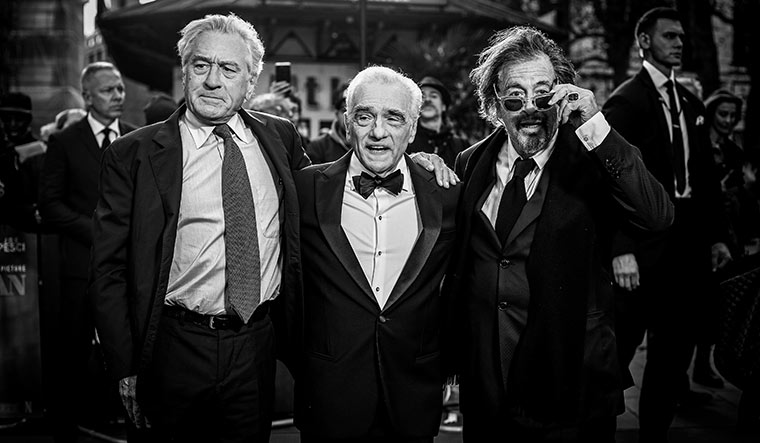 In 1997, two men in California decided to take expensive gambles.

Martin Scorsese, a Hollywood legend, prepared to release Kundun, a lavish movie about the early days of the Dalai Lama. Reed Hastings, a Hollywood nobody, launched a DVD-by-mail service for those who wanted to watch films without leaving the comfort of their homes.

Business-wise, they were betting against each other. A traditionalist, Scorsese wanted people to come to theatres and watch movies on the big screen. A disrupter, Hastings would rather have movies home-delivered.

Scorsese was betting against odds. Because of Kundun’s theme, the crew was banned from China, and distributor Disney faced the threat of being blacklisted by Beijing. Hastings’s company, in contrast, attracted scant attention. DVDs were a curiosity in a market still dominated by cassettes, and Hastings himself did not believe in the bankability of the discs. That was why he had named the company Netflix—he was waiting for the internet to come of age.

None had been waiting for Kundun. It flopped, critically and commercially, and China banned all Disney cartoons and films. Netflix, which began operations months after, was hardly a success either—there were not enough DVD rentals to justify the millions Hastings had poured into the company.

But Hastings was not done, nor was Scorsese. Exactly a decade later, they both had a good year—Scorsese won his first Oscar for best director (The Departed) in 2007, and a newly-profitable Netflix began streaming films on the internet. Both of them were on a roll.

Ten more years, and their paths met. In 2017, Scorsese wanted to start his dream project: a crime saga spanning decades, and starring three of the greatest actors of their generation. The problem was that the actors—Robert De Niro, Joe Pesci and Al Pacino—were all in their late seventies, and Scorsese wanted them to play the younger versions of their characters as well. He planned to digitally ‘de-age’ them—erase wrinkles, trim flab and make them look younger. It would be an expensive exercise in visual effects, but he thought that Hollywood studios would only be too eager to make a film with a director and three actors who had 28 Oscar nominations and five wins between them.

No big studio was interested, though. Because the film, titled The Irishman, would cost $200 million, which is the kind of budget reserved for superhero movies, not character-driven dramas. Also, a lot had changed between 1997 and 2017—Disney apologised to China and opened a Disneyland in Shanghai, studios cut down their risk appetite, and tentpole movies became the rage.

By then, Netflix had also grown big. It had 100 million subscribers, and was spending more than Disney on content, causing upheavals in the traditional model. Netflix did not want theatre money, so it offered to produce The Irishman.

Scorsese, who has long been a champion of the theatre-going experience, explained the win-win deal. “Seeing a film with an audience is really, really important,” he said. “But there is a problem in that—first you have to make the film. [Before Netflix came] there wasn’t room for us to make this film. [Netflix] said, ‘You will make this picture as you want; and the trade-off is that it streams, with theatrical distribution prior to that.’ I figured that that was the chance to take.”

Critics who have seen The Irishman say it could win several Oscars, including one more for Scorsese. It will be in theatres in the US for four weeks, before it starts streaming for Netflix subscribers worldwide (except in China—a market Scorsese and Netflix are not keen to enter).

In India, chances are that The Irishman will not come to a theatre near you. Netflix knows that it will be played more on cellphones instead, but that is a concession Scorsese is willing to make. For this is one gamble that they will not lose.