Hitmaker of the Heart 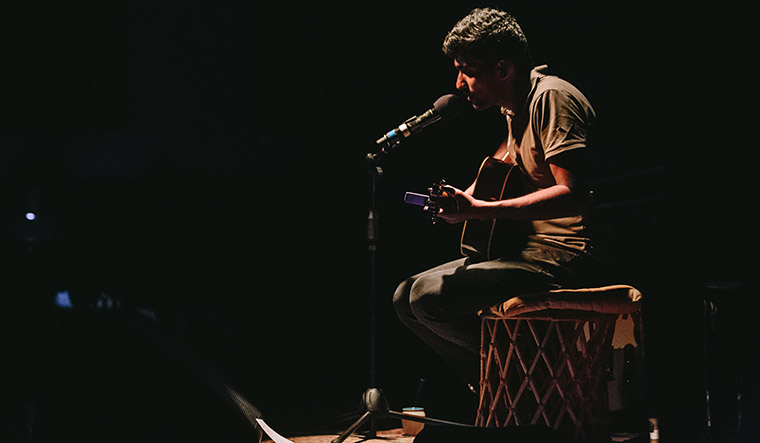 When is the best time to discover Prateek Kuhad? While trying to emerge from an abyss, post breakup? In the throes of new love? The final stages of a tedious affair? In that long, despairing period of silence? Or, in the certain glory of an April day? Singer-songwriter Kuhad has a hymn for every soul in his aching, ecstatic mosaic of love songs. Since his breakout album, In Tokens & Charms (2015), a generation of millennials in the country has swooned and wailed to the narcotic fascination of his music. The kind of music you would be scared of listening to but might end up playing every night. Songs that new singers include in their house concert set, because a Prateek Kuhad cover will always get listeners to sing along.

Does Kuhad ever get overwhelmed on stage by his own lyrical ballads on loving, longing and leaving? “Initially when I played, the way for me to be able to perform effectively was to really feel every single song,” he says, languidly sipping his cold brew in a modish wine and coffee bar in Delhi’s Khan Market on a bright September afternoon. Friendly and relaxed—perched on a barstool that sometimes makes his legs dangle—he seems to be in a good space. “Now it has become a lot more of being good at performing. I am more pro-performer than I was. And, when you play 60 shows a season, it becomes like clockwork. Next three months, I will be playing 30 shows on the trot,” says Kuhad, 29, who is about to undertake his most ambitious tour from October 10 and will be on the road across 30 cities in three continents till December.

The Supermoon ft Prateek Kuhad Winter Tour 2019 comes more than a year after the release of cold/mess (album), and will see him perform in new cities like Hyderabad and Surat, apart from Mumbai, Pune, Bengaluru and Delhi. Collectively, that is 25,000 people in India alone. More crucially, the tour will see him reach out to his ever-growing international fanbase from Paris through Barcelona to Madrid, New York and West Hollywood. There is Chicago, Toronto, Manchester and Berlin, too. This comes on the back of a month-long tour in North America this March. Such an expansive fanning out in the west, without the backing of a big record label, is not the usual trajectory for an independent singer-songwriter from India.

But Kuhad’s popularity and self confidence have grown in the last five years, and he now knows he is famous and expensive. “A lot of Bollywood performers won’t be able to sell out a 1,000-capacity venue in, like, Ahmedabad, at Rs2,000 per ticket. There are very few independent musicians who can do that. And I have this perception that a music festival thinks they can programme me but usually they cannot afford my fees. So, I end up not playing there,” says the Jaipur boy who was once a socially awkward geek studying maths and economics at New York University and who began fiddling with his guitar only at 16. 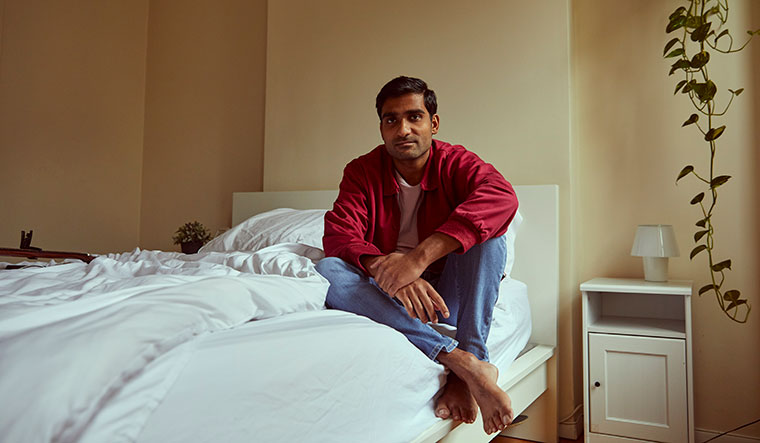 Going global: Prateek Kuhad will be performing in 30 cities in three continents from early October to December.

Today, Kuhad is ready to mark bigger territory in international waters, and he is better prepared for the emotional and physical turmoil that a touring musician undergoes, if one discounts the electric rapture of a great show. “I used to hate touring. I was never a comfortable stage performer,” he says. “But the US tour completely flipped my perspective. It was so intense and stressful. I was like, ‘I can do any tour now after this’.”

The US tour in March entailed at least seven flights a week and engaging with a 300-member audience every second day. He slept little, rehearsed at odd hours, ate unpalatable food, waited for visas to come all the time, drove for 26 hours from one state to another to beat visa delays and dealt with post-performance depression. “I was drinking a lot at night to de-stress. My health went for a toss. I am still not fully recovered,” says Kuhad, who is now working out every day to prep for the next whirligig of highs and lows, the rollicking drama of a life on the road that he now sorely misses. “Man, that was the real thing!” 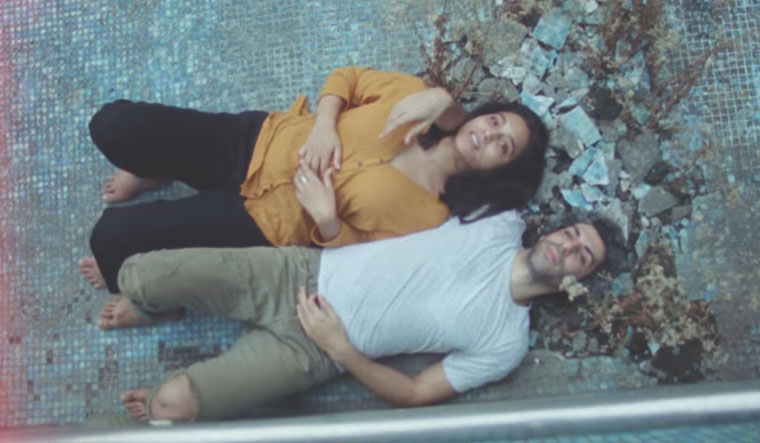 But the stakes are higher this time, with better sponsorship, bigger sets and superior stage production. And, a greater push to grow internationally. “What I have noticed a lot in my international shows is that 45 per cent of the audience is still expats. It means I am not growing regionally in that market,” says Kuhad—70 per cent of his repertoire is in English. “We need to get more local people. That is what I am trying to figure out. If I am playing in Chicago, I want people from Chicago to be coming there, not just people from Delhi living in Chicago. Because then I do not have a permanent audience there.” He is also not happy with music suggestion algorithms on streaming platforms like Spotify and YouTube Music, where he is paired with other musicians as per ethnicity and listener base. “If you listen to Arijit Singh, you will get me as a music suggestion which I think is less accurate than, say, if you are listening to (American singer-songwriter) John Mayer. My music is relatively more similar to his,” he says.

Kuhad’s In Tokens and Charms snagged an MTV Europe Music Award and indie album of the year from iTunes. In 2016, he was one of NPR Music’s 100 artists to watch at SXSW. A more cosmopolitan aesthetic is also visible in his increasingly sophisticated album art and videos.

Before he takes off on tour, where he will have set lists drawn from songs produced since 2013, his fans would do well to know that Kuhad does not like to entertain songs on request or do something impromptu on stage. “I am a very rehearsed person in general. When it comes to improv, I am really bad at it,” he says with a sheepish grin. But with him, listeners generally tend to not have a single favourite; he has covered the entire emotional thermograph of relationships.