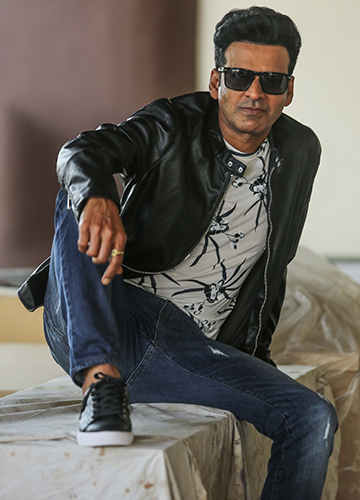 As he waits by the staircase of a building while his teammates sweep it for a terror suspect, secret agent Srikant Tiwari gets a call from his wife. She is angry at him for cutting off their conversation mid-way the previous night to attend to an urgent work call. She thinks he is a regular government employee with a desk job. As for Tiwari, he is determined to be committed both to his family and his country.

While he is on the phone with his wife, the terror suspect shoots past him. Tiwari gives chase but is unable to catch up. He tries to flag down passing vehicles; he is not in uniform so no one stops. Finally, a lady on a scooter halts when he tells her that the man is running off with his wife’s mangalsutra. It is a humorous scene and Manoj Bajpayee as Tiwari in Amazon Prime Video’s new 10-episode series, The Family Man, is funny even while he essays a serious character. Like his role as an insurance salesman-cum-serial killer in Ram Gopal Varma’s Kaun (1999), to which he brought a certain comical undertone. But then, he was the villain in that one while he is the hero in his latest.

The jokes work at every instance. Bajpayee’s performance has freshness, even though he has played intelligence agents and cops a couple of times before. Krishna D.K. and Raj Nidimoru, the creators of the show, realised that he had not done anything that had a humorous undertone. They were not sure of his response when they showed him the script. But within 20 minutes of going through it, Bajpayee said yes. “And then he internalised the character so well that it was difficult to separate Manoj from Tiwari during the shoot,” says D.K. He feels that Bajpayee coming from the same middle-class milieu as Tiwari helped them convince him.

“He got the graph of the character,” says Nidimoru. “He understood his dilemma and the politics that we were referring to.”

Bajpayee is one of the best examples of reinvention in the Hindi film industry. Before he can be stereotyped in a certain role, he does something that takes you by surprise. Yes, he has played the outlaw in many films since the start of his career, from Bandit Queen (1994) to Satya (1998) to Gangs of Wasseypur (2012). But he has also played an intriguing prince in Zubeidaa (2001), a gay professor in Aligarh (2015), and a fiery head constable in Taandav (2016).

“These are the things that happen to you. You need to have the instinct and a little bit of intelligence to grab them,” Bajpayee says about his refusal to get boxed into a certain type of role. Unfortunately, many of his roles have gone unnoticed, especially in the 1990s. Only 10 of his 68 or so films have succeeded. But he has always been choosy. “How could I have just gone ahead with anything [on the digital platform],” he asks, adding that he is approached to act in web shows almost every second day. 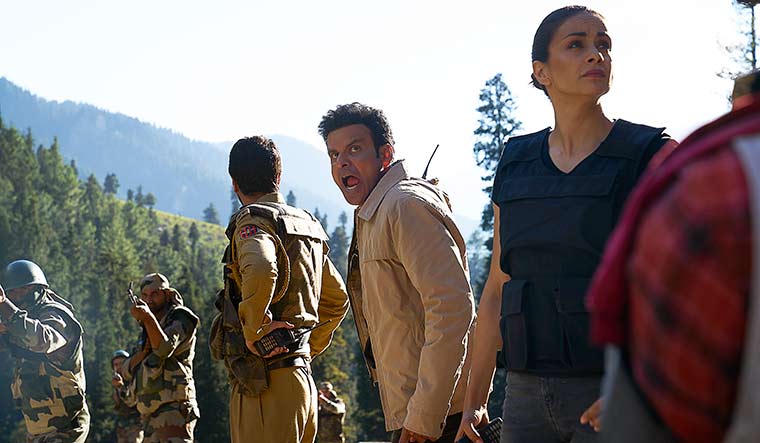 The man and his magic: stills from the family man.

Incidentally, he turned 50 this year. In his 25th year in films, he has been revisiting the ones he did in the initial years of his career. Earlier this year, Sonchiriya (2019) had taken him to the ravines of Chambal where he had shot for Bandit Queen back in 1994. “It has changed so much,” he says about Chambal. “Fear of dacoits is not there anymore. I could recognise the places where we shot the last time. I also relished the food there.” 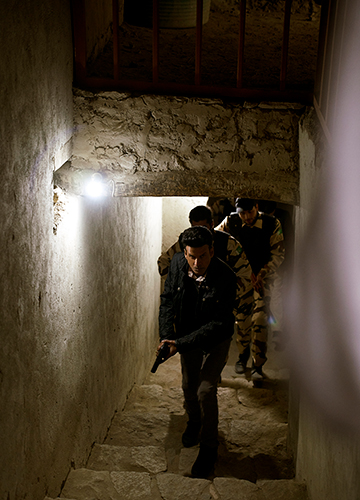 He is getting back to the longer format after a considerable gap. He had done quite a few television shows like Swabhimaan in the early part of his career. Working on the first two episodes of The Family Man was difficult for him. There was a struggle to get acclimatised to the long, strenuous hours of shooting. “But later, I got the hang of the character and the schedule,” he says.

Bajpayee, in tattered jeans and a hip shirt, laughs often during our conversation, unlike the last time, just after the release of Aligarh, when he was more sombre—pondering over every question and carefully choosing the answer. On his neck, he is wearing a string of what seems to be quartz crystals. When I enquire about it, he tries to hide it under his shirt collar. “It is too personal,” he says.

But he does not mind talking about spirituality and the various techniques of meditation he has been practising for almost three years now. “I had never thought that I would practise any kind of spirituality, but I do. It has helped me a lot in dealing with my angst,” he says, adding that there was a lot of “aggression, anger and restlessness” in him for a large part of his professional life. “I am a lot milder now,” he says, even though, occasionally, the anger continues to bother him. It is mostly about how unfair the film industry is. “I think creative people are usually very fair, but sadly, it is not so in this industry. But who says life is fair?”

Bajpayee, who hails from Belwa village in Champaran, Bihar, a few kilometers from the Nepal border, has not had an easy career. He did not get into the National School of Drama even after four attempts and feels there should be more institutes for students who want to pursue acting. His journey in films, too, has been a constant struggle. “[It] was quite tedious and almost impossible,” he says. However, he feels there is hope now with content-oriented films starring actors like Ayushmann Khurrana, Rajkummar Rao and Vicky Kaushal.

He has no regrets though. “How can you regret taking a decision at a time when getting films like Satya (1998), Kaun (1999), Zubeidaa (2001), Shool (1999), Road (2002) and Pinjar (2003) was completely impossible,” he says. “Those things happened because one resolved not to be part of conventional films or do conventional roles. And resolved not to become a villain or a big star. It was all about being different and making a mark and it will continue to be about that.”