Royals and the arts, refreshed

These young blue bloods are redefining patronising of arts 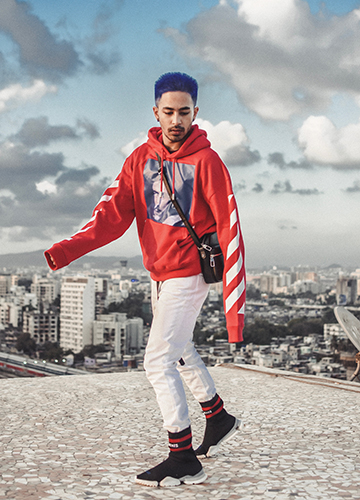 Parakram, a descendent of the Ranas of Nepal.

Yuvraj Chaitanya Raj Singh Bhati, crown prince of the erstwhile kingdom of Jaisalmer, grew up with a family wardrobe synonymous with opulence and grandeur. But the 25-year-old likes to talk slow fashion and sustainable clothing. “We live in a desert where we have to be careful with water and electricity. My family has consistently made me aware of this reality,” says Bhati. Often after a meal, he washes his hands on the same plate and the helper takes it out to dry in the sun by sprinkling a generous dose of sand. Bhati’s zero-waste, zero chem, eco-living attitude sits in perfectly with his gender-fluid, hemp-based fashion brand called Nomh or Natural Organic Material and Hemp. On its website, you can see him dressed in a custom-made hemp bandhgala for a debutante’s ball. On Instagram, @nomhindia showcases elegant tote bags and bell bottom jeans with shell buttons fashioned out of the miracle fibre. Nomh is a brand under Everest Eco Hemp, an agricultural startup founded by Bhati and a school friend. “In fact, we took out our first yarn from the fibre two months ago. Once we start to cultivate hemp, people will start using it.” he says. Bhati is convinced of its environmental and economic potential. He also wants to popularise hemp oil and cosmetics for food and skin. Based in Gurugram and with a farming unit in Uttarakhand, Everest Eco Hemp is one of the few companies in India with a licence to cultivate industrial hemp.

When not working on his cannabis clothing range, Bhati helps out in digitising a long, illustrious tradition of folk music from Jaisalmer. He has already worked extensively with an NGO called Anahad Foundation to record songs from the Manganiyar communities and other unheard of musicians from his palace and surrounding villages. “It is my dream to set up a digital music studio for these musicians here in Jaisalmer so that they do not have to go to Delhi or Mumbai to record their songs,” says Bhati, a graduate of the SOAS University of London, where he studied the politics of Asia and Africa.

In another era, Indian royalty defined fashion trends and encouraged the best in music, dance, theatre and poetry. So how are some of the yuppie young blue bloods redefining the artistic landscape today?

The Ranas of Nepal were de facto rulers of the state, making the king look like a figurehead. But Parakram, a 25-year-old descendant of the Rana clan, wants to conquer the world of fashion in Mumbai. He has interned with Vogue and celebrity stylists, and is on his way to becoming a style influencer on Instagram. He talks about Hermès cologne, Camo prints and drawstring joggers on his blog and will soon launch his own gender-fluid jewellery line—simple, statement pieces which can be worn every day of the year. “Not like the members of my family who loaded themselves with chunky jewels,” says Parakram. He counts his mother, from the Tehri Garhwal royal family, as the most fashionable person he knows. Coming from a royal lineage heavily influenced by Europhilic sartorial choices—replete with tiaras, gowns and silk gloves—Parakram is indebted to the cultural connoisseurs in his bloodline. But he knows he is luckier than his forefathers, even without sporting a crown studded with emeralds or flaunting a Cartier brooch. “I came out as queer when I was 18,” says Parakram, who is also an LGBTQ activist. “I know so many cousins and uncles who never came out of the closet and got married. I knew they would say things like suck it up because we did too. But guess what, my parents understood and respected me.” 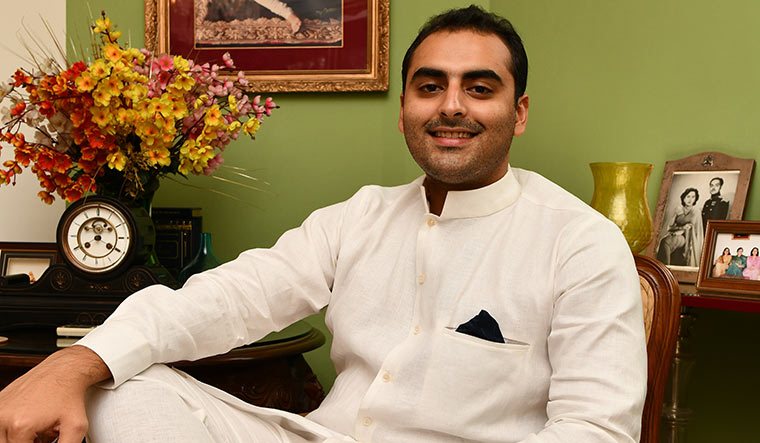 For Akshita Bhanj Deo from the erstwhile royal family of Mayurbhanj, stories of live entertainment from mid-20th century Calcutta honed her artistic sensibilities. The 25-year-old communications and branding consultant shares anecdotes about Firpo’s, an exclusive tearoom popular with maharajas and aristocrats. Even Lord Irwin, the then Viceroy of India, could be seen hobnobbing with the Calcutta high society there. Tributes to jazz, cabaret, waltz, tango, Christmas lunches and dinners, Park Street nightlife—all helped Deo develop a discerning taste in music. So she discovers and curates artists and invites a select crowd of listeners to secret live music concerts in Delhi via Sofar Sounds, a New York-based startup with chapters in 350 cities around the world.

Akshita Bhanj Deo, from the erstwhile royal family of Mayurbhanj.

“Nostalgia for a bygone era need not be sepia-toned or framed in black-and-white. It can be vibrant, youthful and contemporary,” Deo says. She has also converted her 200-year-old two-storied mansion, Belgadia Palace, built in the classical Western style of Doric-Corinthian columns, into a palatial, elegant homestay for “purposeful travellers”. Located in the backward district of Mayurbhanj, it boasts an artist’s residency and offers lessons in chhau dance, dhokra metal casting and black-stone carving. “Today, the descendants of erstwhile royalty have the option of choice,” says Deo. “We can choose to keep alive that which is relevant.

One of the most successful royal entrepreneur of the kind—“vibrant, youthful and contemporary”—is Abhimanyu Alsisar aka the Raja of Khetri who introduced the grooviest electronic music festival in the country—Magnetic Fields—around seven years ago. Held in the Alsisar palace in the heart of Rajasthan for three days every December, the artists’ line-up and the show’s concept have been big draws. But Abhimanyu, 35, insists he is much more than Magnetic Fields, whose idea germinated after a casual, post-midnight conversation with the Maharaja of Jodhpur and Mick Jagger in October 2012. He is also into sculpting, furniture-making, folk music and hoteliering. He likes to make documentaries, and next year, will launch a music and arts residency in a restored haveli in Alsisar. His passion is Alsisar, his “cute little village”. A bonafide patron of the arts—from miniature painting to sandstone carving—he once wanted to study fine art at the Maharaja Sayajirao University of Baroda. But then he chose the more practical option of hotel management. Did he have less agency in his younger days? “You can stop somebody from studying something they are passionate about, but you cannot stop them from doing what they are passionate about,” he says. “There is always time for it. I was the lucky one. And I succeeded in my vision.”