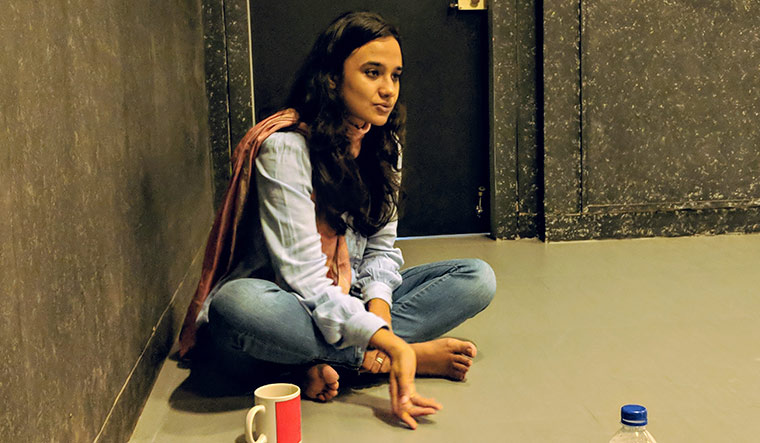 Gurleen Judge, 27, is presenting her much talked about play The Hunger Artist—based on Franz Kafka’s short story by the same name—at the Old World Theatre Festival in Delhi. Here, she talks about adapting the story for an Indian audience in the wake of farmer suicides and starvation deaths.

Q/How did The Hunger Artist happen?

Kafka’s original short story has been buried in my consciousness for years. In 2016, Iche (Irom Sharmila) ended her fast. (Earlier this year), when more than 40,000 farmers marched to Mumbai, it fundamentally altered things. The play in its current form is really a culmination of everything that has been plaguing my mind for the last two years.

Q/How have you tried to adapt the play’s male-centric narrative for the Indian stage?

Our intention in the play is to examine viscerally the crisis of Kafka’s protagonist and our relationship with Kafka’s current and timeless themes. However, we want not only to merely retell Kafka’s tale but also to place it in our country’s context of hunger, starvation and fasting. We are influenced, in this regard, by past events—from the farmers’ march from Nasik to Mumbai and the recent starvations deaths to the repercussions of the iconic fast of Irom Sharmila, Gandhiji’s fast for liberation, the Bengal famines and the idea of hunger itself. This is a glimpse of the range of concerns that resulted in the idea to make this piece.

Q/You have worked as a light designer on many productions. What is the narrative and allegorical role of the light design in The Hunger Artist?

Indian theatre—like everything else in the country—is not homogeneous. So, several people—like the extraordinary Ratan Thiyam, for example—have been pushing the boundaries of design throughout our history. There are some outstanding new possibilities with the use of projection and video mapping as a source of light. So, several contradictory aesthetics are thriving simultaneously.

The design of The Hunger Artist is in one way minimal, expressing a sense of lack. But it also has a Cubist sort of narrative, where the audience is looking at the same portrait but distortion and repetition are used to derive a range of differentiated meanings.