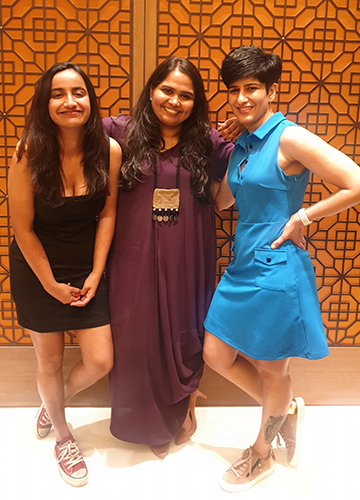 After a few years of working on the television show The Week That Wasn’t, along with Cyrus Broacha and Kunal Vijaykar, improv artiste Kaneez Surka had approached a person from the top management (whom she prefers not to name) to give her equal pay as the men, as she worked just as hard as them. She was asked to become famous before claiming it.

Things have changed gradually. With so much talk and awareness about inclusivity, she was offered the same pay as the other six male judges on the first season of Comicstaan, which was streamed on Amazon Prime Video last year. In the newly released second season as well, the pay was equal for all the judges. This time, however, she says that there is better gender representation, as there are two more female judges—Sumukhi Suresh, who was a host in the first season, and Neeti Palta.

The reality show for standup comics has boosted Prime Video’s viewership in India. Vijay Subramaniam, director and head of content, Amazon Prime Video, India, says that after the first season in July-August last year, the platform witnessed a 25 per cent increase in the consumption of other comedy specials on it.

But it took many years of struggle, the #MeToo movement, and the growing popularity of streaming platforms to bring about better gender representation in the comedy sphere. #MeToo, in particular, had a massive impact. Complaints by female employees ended the comedy collective All India Bakchod, headlined by Tanmay Bhat, Rohan Joshi, Ashish Shakya and Gursimran Khamba. Many comedians were outed and shows cancelled, like Hotstar’s On Air With AIB and Prime Video’s Gormint. Bhat and Khamba were removed from the panel of judges for the second season of Comicstaan. 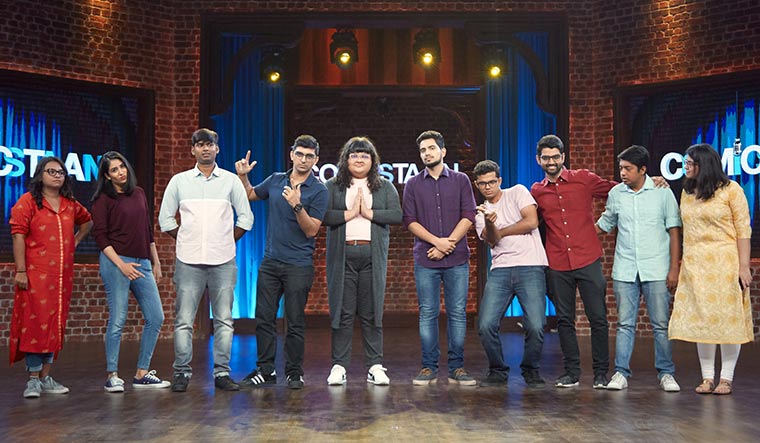 The contestants of the show

Abish Mathew, a popular name in the comedy circuit and a host of both seasons of Comicstaan, says that #MeToo has led to conversations that were not really taking place before. “It has made a lot of comedians aware, socially, [about] what material would work,” he says. “Personally, I have started asking female comedians to vet my material. They always have a sense of whether a joke is good, or whether it comes across as insensitive. #MeToo has opened up a conversation among my friends that was not there earlier.” 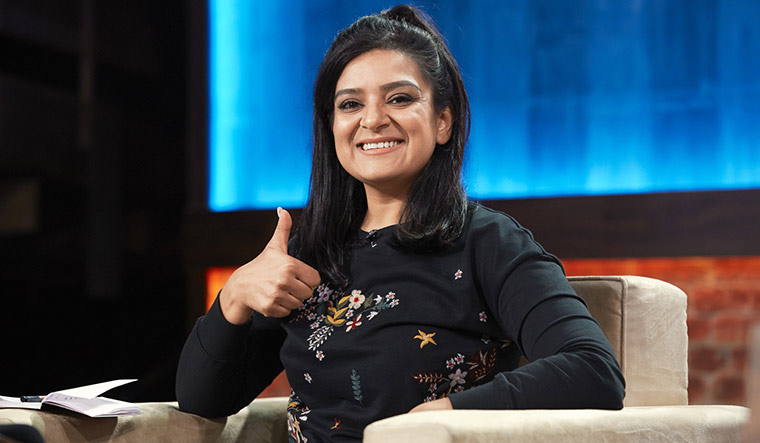 Trailblazer: Kaneez surka is one of the three female judges of comicstaan 2.

Palta, a Delhi-based standup comic, says it was not just men who were impacted by #MeToo. “It made us introspect,” she says. “After that, we apply a filter. We do some kind of self-censorship when we come up with a joke.” She feels that #MeToo has brought some balance to the comedy space in India. 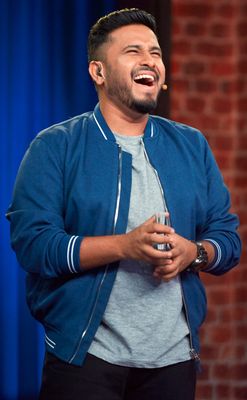 Host Abish Mathew says that #MeToo has impacted his routine

When Suresh was first asked to become a judge on Comicstaan 2, she could not accept that it was because she was good enough. “That is how we women are—always questioning and doubting,” she says. She will be mentoring the 10 contestants of Comicstaan 2—six men and four women—in sketch. “I love acting and writing, but I have realised that I am good at performing, too,” she says. “Writing has never stopped. I enjoy it a lot. But it is acting that I do more naturally. It is less threatening and less worrying for me.”

I ask her if her hesitation with standup has anything to do with it being a male-dominated space. “I am talking about me personally,” she says. “I don’t think it is a male-dominated space.” However, she says that when she goes on stage for a performance, there is always the pressure of being expected to represent her gender. Men don’t face that pressure, but gradually, she is learning to get less affected by it.

Streaming platforms, too, have played a role in increasing the representation of women in comedy. Hannah Gadsby’s one-hour act on Netflix last year was not just about laughs. It was as much about tears, about those vulnerable moments, about a woman’s place in society at large and about her moments of weakness. Humour just padded up her story. And that is what Surka thinks is evolution. “What a woman brings to the table is going to be different,” she says. “If I do a special, I would like the audience to laugh and cry, and explore emotions that are varied instead of just laugh, laugh, laugh.”

Recently, during an interview with Anupama Chopra, when her co-judge from the show, Kenny Sebastian, talked about the hit that the comedy industry had taken after #MeToo, Surka reiterated the need for collaboration among Indian comedians. She said she is against the cancelling culture. “We all want to change,” she said. “We all want to become better and improve. The good thing is that we comedians don’t judge each other. There will be times when we will all get stuck and need someone’s help to get back on track. And that is alright.”