Raavan is the darkest book I have ever written, says author Amish Tripathi 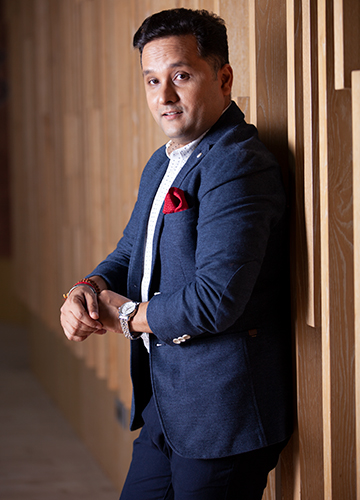 Dressed in a checked grey shirt and black trousers, Amish Tripathi looks radiant as he steps into the library of his plush apartment in a swanky 60-storey residential tower, the newest address of affluence in suburban Mumbai. The reading room resembles a luxurious five-star lounge, with transparent curtains falling from a high oakwood ceiling and round sofas with colourful cushions. It offers an enviable view of the city’s skyline, which is gloriously coloured in shades of orange and grey on a wet Saturday evening. “Please order something. You have to have something,” he insists.

Soon after, he double checks my recorder to confirm that it is on, narrating an anecdote from a past interview in a Delhi hotel which went unrecorded and led to chaos. This is how our conversation begins—naturally, over a cup of green tea and his favourite cream biscuits.

It was the cream in the cracker that came to his rescue when the going got tough and “extremely complicated” with the writing of his recently launched, Raavan: Enemy of Aryavarta, the third instalment in the five-book Ramchandra series.

“I am glad it is over,” says Amish. “It was too complicated and I am never attempting something like this again. My books always have twists and turns. It is the way stories come to me. But in the overwhelming desire to write a twist in a way that the reader doesn’t realise it until she discovers it in the next book, things became horribly complex. I went crazy trying to make sense of all the timelines, datelines and twists and turns that I had to keep a track of.” The author refers to the multilinear narrative style in which multiple stories with multiple characters are told at the same time. He deftly uses it to cut back and forth between story lines and timelines and connects all three books to a singular theme. Raavan is a racy combination of mythology and fiction that delves into the life and times of the anti-Aryan unifier and paints him in hues that are largely supplementary to his dark and overbearing image sketched in pop culture.

The book brings the reader face-to-face with primal human instincts, helmed by deep-seated fury and bleakness. And somewhere hidden inside, Amish locates the emotional turmoil he went through after the success of his last venture, the Shiva trilogy. “It’s the darkest book I have ever written and a very angry one at that. As a disciple of Shiva, who is known for his rage, I’m not immune to anger either. In the past few years, I have been very angry and depressed. It had to do with my father-in-law and brother-in-law, two people whom I love and respect the most in my life. Why should anyone suffer so much? A certain something inside me would not let me rest as questions kept whirring in my mind,” he says.

His mind goes back in time when his 10-year-old son Neel was just four. “I had experienced a very strong emotion of unbridled happiness that time. Neel told his teacher that his dad woke up when the sky was still dark and worked on his cumtum (computer). The teacher must have assumed that I am employed in some call centre. When she asked whom does your father work for, Neel promptly replied Lord Shiva,” says the doting father, laughing uproariously.

“He knows I am obsessed with Lord Shiva,” says Amish, who grew up in a religious household and turned into a zealous atheist in college, until faith reclaimed him just before he wrote his first book. “There is nothing wrong in turning away from religion,” he says. “Problem arises when atheists become judgmental and assume that anyone who is religious is a fool. My son, too, will be free to choose and not be forced or judged.”

Life in the Tripathi household is largely elemental. “We follow the natural movements of the elements—sun, earth and the moon and accordingly try and imbibe the discipline followed by our ancestors,” explains Amish. He prefers to be up by 5am, eats between sunrise and sunset and hits the sack latest by 10pm. “I am a boring guy,” he quips. “It is important to have a pattern to which the body gets used to. I actually have apps which tell me what to follow and when. Even when I’m eating, I make sure to read, so that I end up eating almost for 45 minutes at a stretch, instead of wolfing food down.”

Amish prefers to write in the mornings for as long as thoughts flow. Raavan, he says, is the result of 40 years of research. Almost everything he ever read has been incorporated into the book. “It is an immersive parallel universe and I really had the entire universe to put into the book, but I refrained from the gross human rights violation of putting my readers through the torture,” says Amish. Next up, is Sita’s abduction and the ‘rule of love’, but the author will not part with his interpretation just yet. “Wait for it,” he says. “It will be a conflict between ‘rule of love’ and the rule of law. Let us see which one wins.” 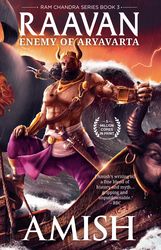