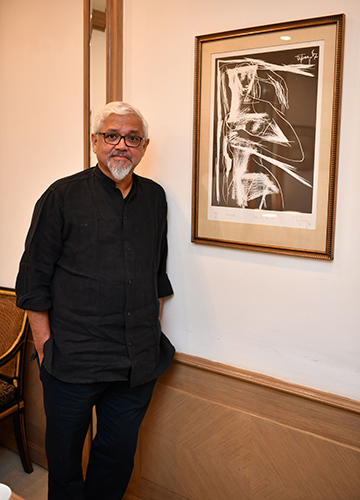 His clothes are all black. No hint of light. For the Delhi launch of his new book, Amitav Ghosh chooses a dark, linen shirt, as befits the colour of the Bengal sky during the July rains. Over the years, Ghosh’s clothes have become monochromatic, a contrast to his technicolour worlds.

The tea is Darjeeling; no milk. Ghosh, however, reaches out for stevia. The ‘thank you’ is prompt. He is, if nothing, unfailingly polite. At the book launch at a packed India Habitat Centre, he signed as many as six books for one reader, making small talk as he did, and ended up reaching his dinner engagement well past 9.30pm.

Ghosh’s neighbours—he lives in a Goan village that is straight out of an Alexander McCall Smith—include an anthropologist and an artist-filmmaker. They were all in attendance in Delhi, like they had been when he was conferred the Jnanpith recently. An evening at the Ghoshes apparently includes a badminton match and dinner cooked by Ghosh, whose culinary skills are believed to be book-worthy.

His new book, Gun Island, is his first standalone novel since the Ibis trilogy. “After the trilogy, I was just dying to get back to fiction,” he says. “It came pouring out really. Fiction is where I live.”

With the promise of a new adventure and new characters, Ghosh returns to a new world. The book is not a sequel, but Piya Roy is a central figure, and is still following the dolphins. Fans of The Hungry Tide will immediately recognise her no-nonsense self. “The characters who you have lived never go away. It is what happened with Piya. After The Hungry Tide, I thought I was done with Piya. But she came back. It was not all my doing. Characters have some agencies. I am sure the characters of the trilogy will come back, maybe, in some ways. I don’t know,” says Ghosh.

The central character of the book is the narrator—Deen, or Dinanath Datta, a rare book dealer. He journeys into the world of Chand Sadagar and the goddess of snakes Mansa Devi—a legend that Ghosh heard when he was a child. A merchant of bundooks (guns), Sadagar flees to bundook-dwip (gun island) after he angers Mansa by refusing to become her devotee.

The canvas is classic Ghosh, and the story has the epic sweep of the Ibis trilogy. He weaves a tale that irresistibly links myths, legends, folklore and the power of nature. “In many ways, folk tales [and] mythologies deal with our world more directly than modern literature,” he says. “This is what struck me powerfully, with these Bengali stories. I had grown up listening to them. When I started reading them as texts, it really struck me—how much they address the phenomenon of storms and animals, droughts and famines. The world that these tales depict is a real world. They [the tales] are much truer about the nature of life in Bengal than novels set in Kolkata are, for example.” 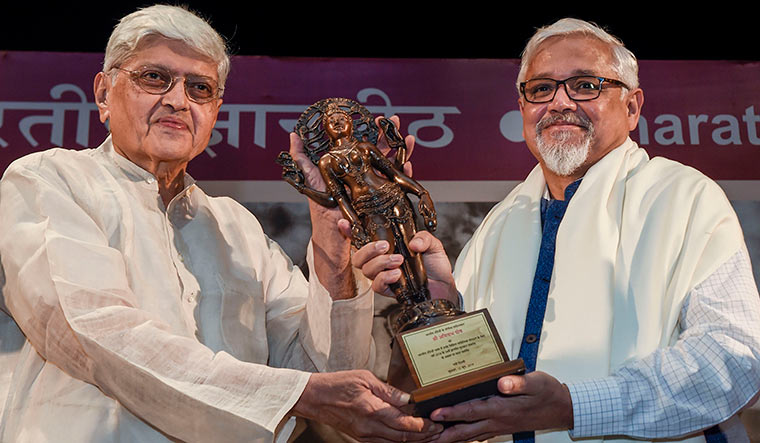 Ghosh has always been a deeply political writer, but his concerns have become deeper in the past decade, and his writing more urgent. Gun Island breaks the silence on the climate disaster waiting to happen, as it addresses cyclones, pollution and dead zones in the sea. “This is just the beginning,” he says. “Things are only going to get worse.” The reality is as dark as his linen shirt, but Ghosh says he has “an ethical commitment to not pull the rug, even though we can see how bad things are and how much worse they are going to get”.

Gun Island is racy, compelling and important, but it may not be his most perfect novel. The climate-linked urgency, which looms large in the background, overtakes the storyteller in Ghosh in some ways. But then, Gun Island is his most committed and honest work. It may be dreary, but there is hope. “Writing dystopia is a white man’s thing,” Ghosh laughs. “We can’t say it is all doom.”

Gun Island is the story of modern times. Ghosh, like his characters, grapples with big, overwhelming ideas, like the power of the internet and its impact on communities, climate change and migration. For research, he travelled across migrant camps in Europe. “The conversations didn’t happen,” he says. “I sought them out. I spoke to many people. Not only Bangladeshis, but to Arabs and Pakistanis.”

The stories he discovered were not necessarily driven by desperation. “They are difficult stories because you hear about these terrible experiences of torture in Libya. But the thing I realised most of all, is that I would have done the same thing at age 20 in similar circumstances,” says Ghosh. “At 20, you are invincible. The weird thing about cellphones is that they reinforce this sense of invincibility. Often, when I spoke to these guys, about doing this incredibly dangerous thing of crossing the Mediterranean in leaky old boats, I had the sense that these kids thought that because they had the cellphone in their hands, that it won’t happen to them. It is like those people who stand on the edge of the cliff and take those selfies and die.”

At 22, Ghosh hitchhiked across the Sahara. At 60, he has conquered almost every bookshelf in the world. From being a writer of engaging historical novels, he has evolved into one with a purpose. His generation, as he likes to put it, was the bridge between the typewriter and the computer. It is in these 30 years that the world has changed. “In some ways, the culture I grew up in is another country,” he says.

A climate crusader, Ghosh is mindful of the impending disaster. Is there hope? “I remember a time when people’s hopes were not connected to commodities,” he says. “People lived for their children, for friends, their families, their communities. This crisis will remind us what is actually important.” 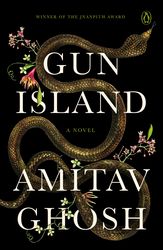