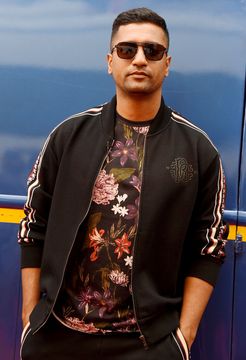 Is there a character in a film that you love but you think you cannot pull off?

It would be Amar or Prem from Andaz Apna Apna. Those characters were so flamboyant. You need a lot of conviction to perform like that. It takes a lot to make a loud comedy that works through the ages. It was fresh then and it is fresh now.

Is there a character in a film that you really connected with?

Maybe someone like Sanju from Jo Jeeta Wohi Sikander because I have always felt like an underdog. He is from a humble background surrounded by rich kids. I really connect to underdog stories, maybe because I am one. And that gives you a lot of strength.

Do you remember the first time you performed for an audience onstage?

It was a dance performance in school. I danced to the Prabhudeva song Muqala Muqabla. I remember I had got a white suit specially designed for the performance.

After so many successful films, a lot about you is known. Is there anything that people don’t know?

Yeah, that I don’t own a single watch. The only time I wear watches is when a character requires it. I know people spend a lot on fashion and accessories, but that is something I have not picked up yet.