'We are so accustomed to putting women in boxes': Director Alankrita Shrivastava 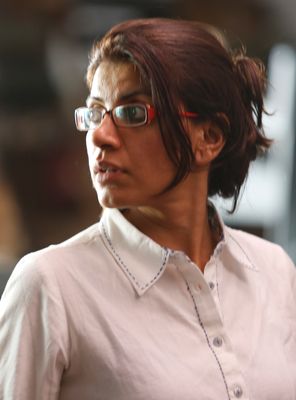 Can you describe the experience of writing and directing your latest show on Amazon Prime, Made in Heaven? Why are the stories set against backdrop of the big Indian wedding?

Actually Zoya [Akhtar] and Reema [Kagti], who created the show, came up with the idea. But we felt it would work because Indian weddings are a lot about making a statement. It is a time of heightened emotions, when facades tend to fall and people reveal their true selves. It gives great insight into who we are and who we pretend to be. So, it was the perfect way to explore the fabric of Indian society.

How was it working with Zoya and Reema?

It was really fabulous. They are two writers and filmmakers whose work I have always admired. In the beginning, I was a little nervous about how it was going to be. But, it was very democratic and there was no hierarchy. We were all on the same page about how we looked at different issues in life. We spent a lot of time figuring out the tone of the show, and I got to know these really great women.

In your film Lipstick Under My Burkha, you explore what some might call scandalous topics, from adultery to erotica to phone sex. Were you nervous about its reception?

It started out just as an honest story about four ordinary women and society not giving them space [to express themselves]. We are so accustomed to putting women in boxes, thinking that certain kind of women will not have certain kind of aspirations. I never thought of it as scandalous, but in retrospect, I guess that we are so used to the male point of view that a female one would feel very revolutionary. And no, I never think about how people will receive my films. I make ones in which I am able to relate to the characters. I should feel like I can buy into [the story]. The rest is up to the universe.

Can you tell us about your next film, Dolly Kitty Aur Woh Chamakte Sitare?

I am not allowed to reveal details currently. I am working on the editing now. It stars Konkona [Sen Sharma] and Bhumi [Pednekar]. The release date has not yet been decided. I am hugely excited about it.