Nandita Das to THE WEEK; Today, politics and conversations have become very polarised

Good cinema has the power to expose us to inconvenient truths, says Nandita Das 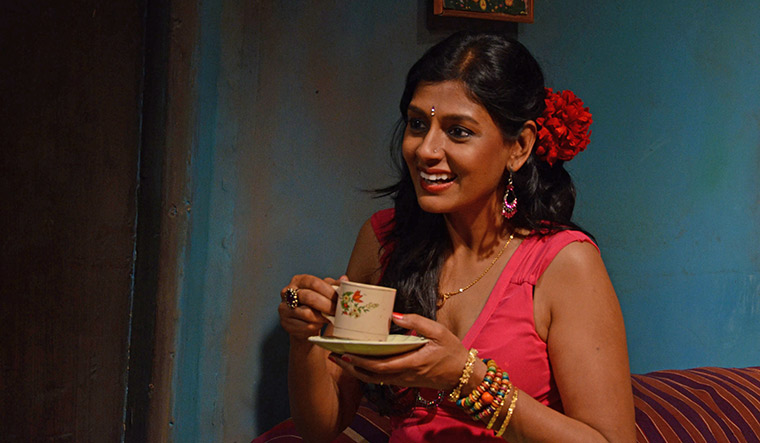 Holding her own: nandita das in a scene from 'albert pinto ko gussa kyun aata hai'.

Cut to 2019. Soumitra Ranade's film by the same name, set to hit theatres on April 12, replants Albert Pinto (this time, Manav Kaul) in present-day India. What angers Albert today and how he settles his score, form the plot of this 'conceptual remake' of Mirza's yesteryear classic. “The earlier Albert Pinto... was made during a very critical time in our history, and the angst of the youth was reflected in the film. Today, we are in a similar predicament, where politics and conversations have all become very polarised,” says Nandita Das, who essays Stella in Ranade's film. “Divisive forces are distracting us from the real problems of unemployment, poverty, and inequity,” she tells THE WEEK.

In every character one plays, Das says, there are always elements that resonate with you. “Stella's need for love, her insecurities, fears and struggles are all very relatable.” In the original film, Stella stands out as a strong woman—be it the resilience with which she tackles her hotheaded boyfriend or how she puts her foot down for the freedom to choose. The essence remains the same in this film, too, says Das.

In an interesting diversion from the original, Das plays five characters in the remake. “The five characters could be seen as completely different people or extensions of the same character. Albert ends up seeing Stella in every woman he meets,” says Das. “I think Soumitra saw them more as a reflection of Stella and therefore wanted me to play them differently, yet with Stella in all of them.”

More than a professional project, Albert Pinto... is about nostalgia and friendship for Das. “I agreed to do this film because it [the original] was an iconic film, and for Soumitra who has been a friend for almost a decade.”

For about six years, she was deeply involved with Manto, her second directorial outing which released last year. How does it feel to be back in front of the camera? It is all connected one way or the other, she says. “In the last 23 years, since my first film Fire, I have always done multiple things. I do not find it so difficult to navigate through different roles,” she says. That said, Das says Ranade had a tough job at hand as his three key actors—Das, Kaul and Saurabh Shukla—were also directors. “Soumitra got a lot of suggestions from all three of us, but finally, it is a director's vision that one has to respect. It was one of the most fun shoots I have had in a long time.”

Considering the mood of the film and its timing—releasing right at the onset of a significant general election—the political undertones cannot be missed. “Films that are set in times of strife, which we were in then and also now, do end up triggering conversations and reflecting our collective and individual concerns,” she says. “In some way, this film does that.”