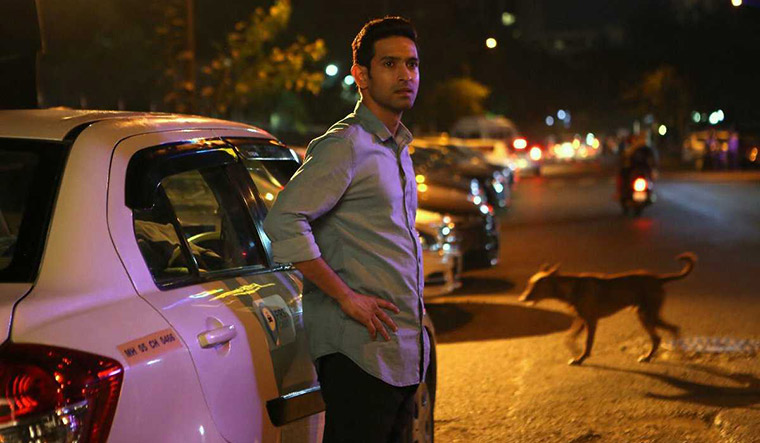 Criminal Justice, the latest show on Hotstar, has an enticing tagline: “Sex, drugs and a gruesome murder.” An Indian adaptation of a British series, the plot follows two parallel stories—one takes place in a courtroom and the other, in jail, after the conviction of college student Aditya Sharma (Vikrant Massey).

The dark overtones of the scenes hint at the unfortunate events that land Aditya in jail. Things start going wrong when he, at the urging of his sister, decides to take advantage of surge pricing by taking the family car, registered with a taxi service called FirstCabs, on a few extra rides. When he finds that the last passenger has left her phone in the car, he goes to her place to return it. They end up having a one-night stand. The woman is found brutally murdered the next day, and a confused Aditya has no recollection of what happened. With all the evidence stacked against him, how is he going to prove his innocence?

While the storyline and the musical score mostly stick to the tried-and-tested formula for crime dramas, the excellent acting of the cast lends freshness. Aditya's transformation from a naive twenty-something to a force to be reckoned with, under the mentorship of jailbird Mustafa (Jackie Shroff), is a delight to watch. Shroff's effortless portrayal of Mustafa has one rooting for more screen time for him. Pankaj Tripathi provides a respite from the show's grave timbre by giving it a few laugh-out-loud moments.

What gives the show a different spin from the usual murder mystery is the way it delves into the lives of the minor characters and the problems they grapple with. These subplots provide a break from the police scenes and the legalese of the courtroom. Ultimately, Criminal Justice is an entertaining watch for anyone looking for just that.