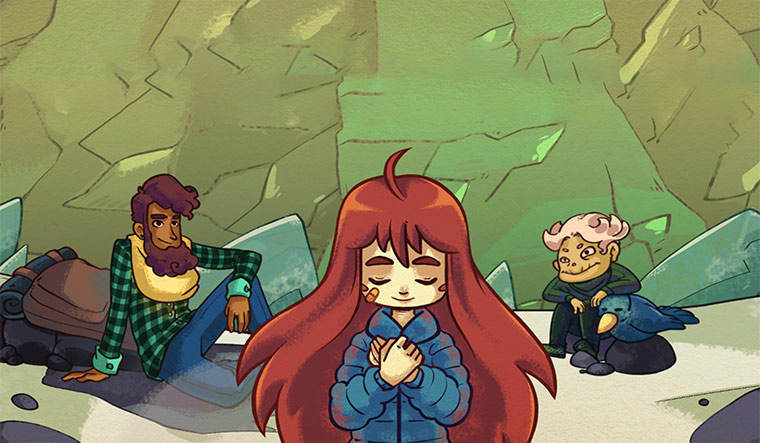 The definition of empathy is “the ability to understand and share the feelings of another”. Throughout history, humans have used art to express and experience empathy. There are many examples of this: paintings that visualise the love and pain of Christ, films that walk you through the terror of war and literature that puts you in the mind of another.

Video games, too, put you in the shoes of another character. In this light, Celeste is the gamified experience of a woman battling anxiety, depression, and an overwhelming urge to prove her worth to herself.

Celeste is a 2D indie-platformer that was released in 2018. You play as Madeline, a young woman who has set out to climb Celeste Mountain. She struggles with her inner demons, shown as a purple-haired “goth” incarnation of herself. As you get to know Madeline, you begin to understand what it is like to live with mental illness. But, more importantly, you also learn how to overcome the challenges that come with it.

Celeste teaches perseverance by making it the only way to succeed. You will die hundreds of times, but each one will be a learning experience. The gameplay revolves around a very satisfyingly-animated air-dash and over 700 levels that push Madeline’s abilities to the limit. The game is a lovingly-crafted homage to classic platformers like Super Mario Bros and Megaman X as well as to modern titles like Fez and Super Meat Boy.

In one memorable moment, Madeline suffers a panic attack while stuck on a broken gondola thousands of feet in the air. To get out of the situation, the game asks you to focus your breathing on the rising and falling of a feather­—a gamified version of mindful meditation. It is an unforgettable experience. Ultimately, Celeste is a journey in self-acceptance, determination, soul-seeking and empathy.

The gameplay is backed by an absolutely stellar soundtrack by Lena Raine. Programmed to raise the beat only as you progress through the levels, it perfectly syncs with the mood of the level. It is music that eggs you on, perfect for boosting your productivity at work or at home.

Designed and programmed by Matt Thorson and Noel Berry, the game is available on Windows, MacOS, Nintendo Switch, PlayStation 4, Xbox One and Linux.