Glenn D. Lowry: At the heart of the art

Glenn D. Lowry says he has not even scratched surface of what he wants to accomplish 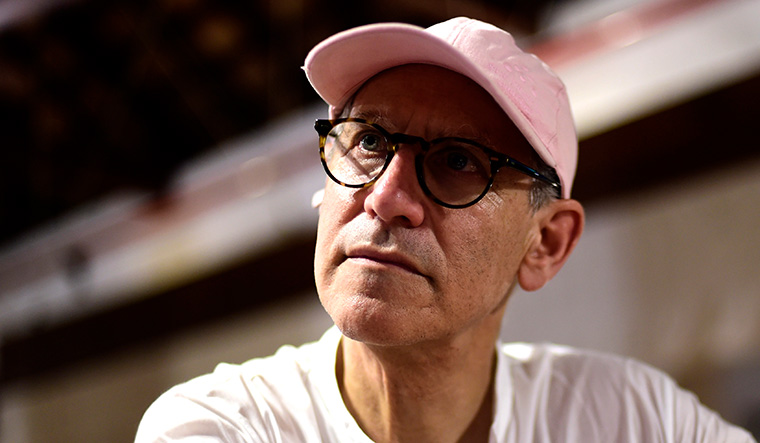 You know how Steve Jobs will always be synonymous with Apple? Or George Lucas with Star Wars? Glenn D. Lowry, the 66-year-old director of MoMA, is headed that way; his name might soon be inextricably linked with that of the museum he has headed for nearly 25 years. I met him at Brunton Boatyard in Fort Kochi; he was here to visit the fourth edition of the Kochi-Muziris Biennale. In his walk, talk and demeanour, he radiated supreme confidence, not surprising in one of the most powerful men in the art world today. (And also one of the richest; in 2017, according to The New York Times, he was awarded $2.2 million in salary, bonus and benefits. He lives rent-free in a $6 million apartment located in MoMA’s residential tower.) He recently got a seven-year extension to continue as MoMA’s sixth director till 2025, a significant accomplishment since the prevailing practice has been for all senior staff of MoMA to retire at 65.

Lowry certainly merits the praise. During his tenure, the museum’s endowment has quadrupled. The number of visitors and the collection of acquired artworks have also significantly increased. He has created a new curatorial department for media and performance art, successfully merged MoMA with the P.S.1 Contemporary Art Centre, and overseen the museum’s expansion in 2004, raising “$450 million for the new building and over $450 million for the endowment and other related expenses”, according to MoMA’s website.

“Every day feels new and different, and I am always learning from [my colleagues],” says Lowry. “For me, the museum is never static. It is an idea that is always evolving. I may have been here for almost 25 years, but I don’t feel like I have scratched the surface of the things that I am trying to accomplish.”

This does not mean that his leadership has been free of criticism. Some of them are that he is too dictatorial and vests too much power in himself; that he leans towards populist art, destroying the raison d’etre of the museum; and that, as a Harvard-educated scholar in Islamic art, he is not knowledgeable enough about modern and contemporary art. At least on the last score, he can absolve himself of any fault.

His knowledge about art is exhaustive, and he is constantly trying to enhance it. In fact, that is what fascinates him about visiting biennales and exhibitions in other countries, like the Kochi-Muziris Biennale here. “This time at the biennale, there were lots of interesting relationships,” he says. “For example, the relationship between Shilpa Gupta and Shirin Neshat. Both are artists I greatly admire but I never thought of them together, so that was a delightful moment.” He also talks about discovering artists like Insha Manzoor, Bapi Das, Anoli Perera and Priya Ravish Mehra. “These are artists I should have known about but I didn’t… I will go back to New York, do research and make them a part of my mental landscape in an important way.”

His connection to India goes a long way back as he did his dissertation on Humayun’s Tomb in Delhi in the 1980s. He says he was really focused on his research and used to visit “strange, out of the way places” to explore the architecture of the Mughals and that of the dynasties preceding them. “When I was here 30 or 40 years ago, things were not so vibrant. There were artists who were making important art, but today, there are so many new galleries, artists’ collectives and initiatives….”

And now, Lowry is overseeing a $400 million expansion of MoMA, which will remain closed from June 15 to October 21. Among the host of changes are the extension of ground floor galleries and the addition of an experimental performance space and an education centre. Almost 1,000 new artworks will be included. He is also trying to mix different media, unlike earlier. “Over the last 30 or 40 years, we have tended to show our collection by medium—photography, film, video, painting, sculpture, architecture and design,” he says. “But now we are moving towards a more synthetic presentation, where works of art from all media can be seen together when appropriate….” He is introducing a rotation system of the permanent collections, so that the artworks will be changed every six months or so. “The idea is to show that we are a work in progress,” he says. “That we are not finished, but are constantly evolving.”

But perhaps the biggest change will be that the museum is set to shift its focus from modern art from Europe and America to include more diverse contemporary art from different parts of the world. “It is impossible to think of contemporary art today without thinking about South Asia, the Middle-East or Africa,” says Lowry. In fact, before 2013, MoMA had not had a single solo exhibition by a South Asian woman. Things are slowly changing, with the museum embracing the works of artists like Dayanita Singh, Ketaki Sheth and Sheela Gowda. It is also holding a major exhibition in two years on South Asian architecture from India, Bangladesh, Sri Lanka and Pakistan. Lowry has certainly done his bit in putting Indian art on the world map.