Richie Mehta humanises the police in Delhi Crime, his new series on Netflix 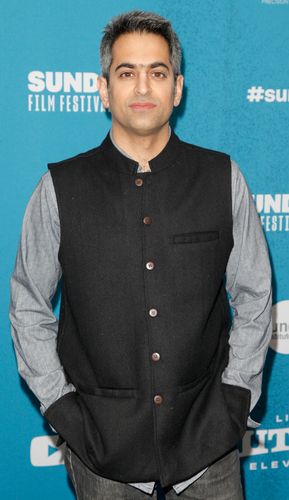 December 16, 2012. Delhi. A 23-year-old woman was raped and brutally attacked in a moving bus while she was returning after watching a movie with a male friend. The friend, too, was assaulted. While the girl fought for life in Safdarjung Hospital, the public raged in protest; the Delhi Police raced against time to capture the six culprits.

Seven years later, Delhi Crime, a seven-episode Netflix series conceptualised and directed by Indo-Canadian director Richie Mehta, captures the Delhi Police’s investigation into the crime. Mehta was in Delhi at the time and was shaken by the incident. “It was not something that could be taken personally. It was an attack on everybody in a way, I believe,” he says. “Nobody could get the facts straight. You do not know what source to go to. And then, by evening, it was on every news channel. That is when you realised what had happened.”

Everyone wondered how it could happen—the mechanics of it, the morality of it, the ethics and the power. “The anger comes from within you. How can we let this happen? I was thinking what I would have done. How much do you intervene—do you get killed? It becomes like the Medusa complex. Do I not walk on the streets where this could happen?”

It was complicated. For Mehta, the feelings culminated on New Year’s Eve 2012, when he went to Jantar Mantar and saw six effigies hanging from a tree. “That was the most chilling thing [I had seen],” he says. “This was not as a filmmaker, this was as a person. You do not know what to do with it. It just sits in a swirling space.”

That visual, now, has found an apt place in the series climax.

Mehta was treading a fine line. Though the incident has inspired many movies and shows, the filmmakers have often been criticised for being insensitive. For instance, Leslee Udwin’s documentary for BBC, India’s Daughter, was panned for featuring an interview with one of the accused.

“The evolution of the project was unique in my point of view,” says Mehta. “The possibility of doing this came to me through somebody I knew in the Delhi Police.”

The journey of the show, earlier planned as a film, began when former Delhi Police commissioner Neeraj Kumar introduced Mehta to the investigation papers. “He said, ‘If you want to do something as a story, it could be something interesting and something positive could come from it. But read all the information,’” says Mehta. “I did not want to do it as a human being, but thought it could help me deal with it. I would spend weeks and months reading and re-reading them (the documents) and trying to understand the events surrounding them.”

Mehta later met some of the officers involved, over and over again. He started to know these people, and developed compassion. “I realised that we have a point of view as citizens that they are the people who actually fight for us to ensure that law and order is maintained and justice is achieved. What do they feel about this? What about the women fighting this for us?”

The incident of that night and the investigation became intertwined in the process. “At every stage, the question always was is it worth doing, is it the right thing to do, right up until we started shooting,” says Mehta. “It can only be done if something very positive can come from it. If not, we pull the plug.”

It seems to have been a worthwhile effort. It is not an easy show. It shakes you. Mehta has been careful not to include graphic details of the crime, but he lets us imagine. And that becomes even more frightening. But Delhi Crime is not just about these feelings. The show fictionalises the effort of the cops. Their difficulties—from not having a vehicle to travel to the crime venue to struggling with a power cut. Their fear—is it safe to travel to a Naxalite-prone area to catch hold of one of the culprits? The politics that unfolded with the case, and how the investigating team was affected by the goriness of the crime. It scratches beneath the surface.

Mehta has put the deputy commissioner of police, South Delhi, at the forefront. Shefali Shah as Vartika Chaturvedi plays the part of DCP Chhaya Sharma, who carried out the actual investigation with her team, in 2012. At the initial stage of research, Sharma was not in Delhi. She was in Mizoram and Mehta spoke to her many times on the phone. “She would guide me to meet different officers for different things,” he says.

Over time, he developed a friendship with every cop he met. Unlike the hyper-masculine cops of Hindi films, Delhi Crime has officers trying to crack the case even as they navigate their personal lives. Shefali’s Vartika is trying to dissuade her teenage daughter from going abroad for higher studies, while cracking crimes that have no precedent. Rajesh Tailang’s Bhupendra is nursing a back pain and hunting for a groom for his daughter as he struggles to hitch a ride to the hospital. Rasika Dugal’s Neeti, a new IPS entrant in the force, is talking to a probable suitor even while taking care of the victim’s family day in and day out.

“I wanted to humanise these people,” says Mehta, who thinks that everyone opened up because there was no pressure on anyone to reveal details at any point. “The response that I got was, ‘Nobody ever talks to us like this, without accusatory looks or anger’.”

Mehta has discovered a different side of the police force. He has almost fallen for their commitment, which people never see, or perhaps, fail to understand. These people, he says, are on the frontline maintaining law and order in the state. It is not a surprise then that they have become the subject for his next project as well. He is already working on the next season of the show. It will have the same team investigating another crime in Delhi.