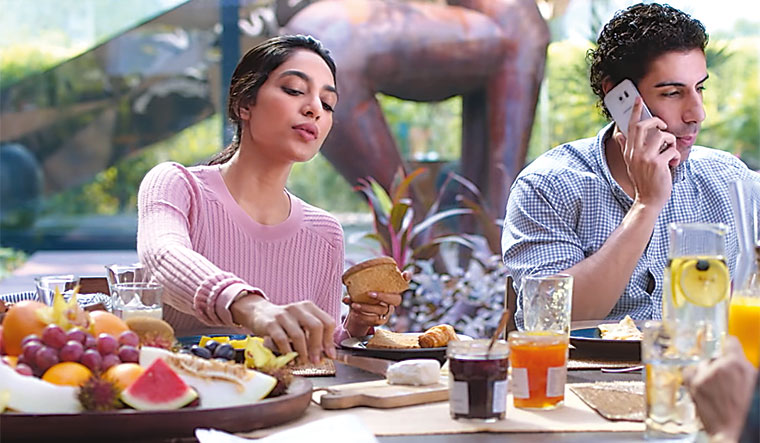 Made in Heaven: Available on Amazon Prime from March 8 Rating: 4/5

A sixty-something widow with two grown children and a successful career has found love and wants to tie the knot. All is well, except that the news has made her kids—a son and daughter—go ballistic. They cannot accept that, in the winter of her life, their mother wants to get married. Wedding planners Tara Khanna (Shobhita Dhulipala) and Karan Mehra (Arjun Mathur), who run an agency called Made in Heaven, have to decide whether convincing the kids to attend is part of their job.

This is just one of the many high-profile weddings that Tara and Karan organise and, often, such fundamental questions challenge them. While they troubleshoot their clients' problems, they have to deal with a barrage of issues of their own. Life is beautiful, but it can be a beast, too. It can surprise and overwhelm you at the same time. This is the dichotomy the show, quite sensitively, delves into.

Against the pretty backdrop of the weddings, the flaws of life are laid bare. Tara, a girl from a humble background, has risen up the social ladder, thanks to her marriage to high-profile businessman, Adil Khanna (a fabulous Jim Sarbh). But she battles an emptiness spurred by the constant reminder of her former life. Karan’s battle is more external. He is a homosexual in a society that does not have much space for people like him.

Parallel to this narrative are intermingled stories of Tara’s best friend Faiza Naqvi (Kalki Koechlin), a woman from an elite Muslim family dealing with a crumbling marriage; single mother Shibani Bagchi (Natasha Singh); Jazz (Shivani Raghuvanshi), a girl from the slums; and Kabir (Shashank Arora), a photographer who sees beyond the surface of things.

The nine-episode series, created by Zoya Akhtar and Reema Kagti, with Alankrita Shrivastava as one of the main writers and Nitya Mehra as the show runner, explores the big, fat Indian wedding culture and treats each of its characters with utmost sensitivity and pragmatism. And just when you think that the show is about traversing the dualities of everyday life, it surprises you with its subtle humour. Look closely and you will see the many film references. Vijay Raaz, who iconised the role of a wedding planner in Mira Nair's Monsoon Wedding, plays a small but impactful role. In another instance, during a family scene that was quite the tearjerker, I realised that the two brothers were named Karan and Arjun. Even with the lump in my throat, I chuckled at the pop-culture reference.

Made In Heaven is not just about weddings and romance like Band Baaja Baaraat (2010), and neither is it a nonsensical comedy like Shaandaar (2015). It is more an introspection of the synthetic lives we lead, the facades we put on, the belief systems that exist in the pseudo world, and more important, the resultant emotions.