Will Rishi Sunak help India in speedier extradition of fugitives?

Extradition requests sent to UK are under various stages of scrutiny 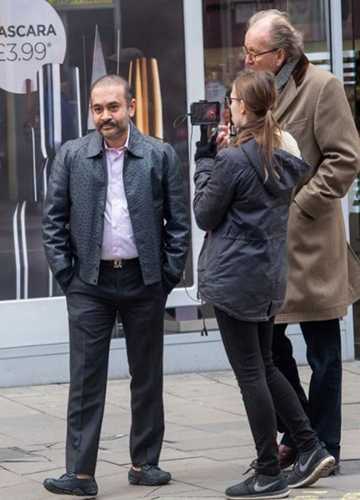 IN AUGUST, while he was campaigning to become prime minister, Rishi Sunak told a large gathering of British Indians that he wanted to transform India-UK ties into “a more two-way” relationship. “Aap sab mere parivar ho (You all are my family),” he said, after greeting the crowd with a traditional mix of namaste, salaam, khem cho and kidda.

Now that Sunak is finally in the saddle, hopes of improving the relationship are high. New Delhi already has a wishlist for the new prime minister, and both countries expect a proposed free trade agreement to add heft to the ties. A priority in the wishlist is the extradition of five fugitive economic offenders who found safe haven in the UK in the past few years. UK courts recently ruled in India’s favour in cases related to two of them: Nirav Modi, the diamond merchant accused in the Punjab National Bank loan scam case, lost his appeal against extradition on mental health grounds, while alleged arms dealer Sanjay Bhandari was ordered to be extradited to India for cases related to tax evasion and kickbacks.

Among the five fugitives in the UK sought by India, only Nirav Modi is in a UK jail (see graphics). Bhandari and liquor baron Vijay Mallya, accused in a multi-crore bank fraud case, are out on bail. The UK is yet to begin extradition proceedings against D-company gangster Iqbal Mirchi’s widow Hajra Iqbal Memon and their sons Junaid Iqbal Memon and Asif Iqbal Memon, all of whom reportedly entered the UK while facing charges under the Prevention of Money Laundering Act.

With assets of more than 0100 crore each, all five have been declared fugitive economic offenders under the Fugitive Economic Offenders Act, 2018, which allows confiscation of properties and assets in India and abroad by the Enforcement Directorate. Then there are others like Mehul Choksi, Modi’s uncle and co-accused in the PNB loan scam case, who has evaded extradition by taking shelter in Antigua and Barbuda, where the UK monarch is the titular head of state.

Extradition requests sent to the UK government are under various stages of scrutiny. Despite India and the UK having an extradition pact since 1992, the track record remains very poor. Defendants have cited poor jail conditions and human rights record and inhumane treatment as reasons to avoid extradition. In Mallya’s case, it was even alleged that the CBI was acting at the behest of “its political masters”.

The winds are changing, though. On November 7, district judge Michael Snow cleared the way for Bhandari’s extradition while hailing the role of India’s “independent judiciary”. He observed that both the countries have a longstanding extradition arrangement that benefits from the presumption of “good faith”. Snow said India introduced the 2012 Prevention of Money Laundering Act and the 2015 Black Money (Undisclosed Foreign Income and Assets) and Imposition of Tax Act to align with “international standards” and address the significant crimes of tax avoidance and money laundering. Two days after Snow’s judgment, on November 9, Lord Justice Jeremy Stuart-Smith and Justice Robert Jay of the High Court in London ordered Modi’s extradition to India upholding the Westminster Magistrate’s Court ruling in February 2021.

It is not in the UK’s interest to keep Modi permanently. According to documents seen by THE WEEK, he has applied for the ‘citizenship through investment’ programme of the Vanuatu government, making him a potential flight risk. Official records say he invested $195,000 in Vanuatu through a Switzerland account. Modi also has visa and residency cards of various countries. Jaffrin Jiwani of Firestar International Pvt Ltd, Modi’s flagship firm, told law enforcement agencies that Modi had business interests all over the world, enabling him to have residency permissions and visas in a number of jurisdictions. 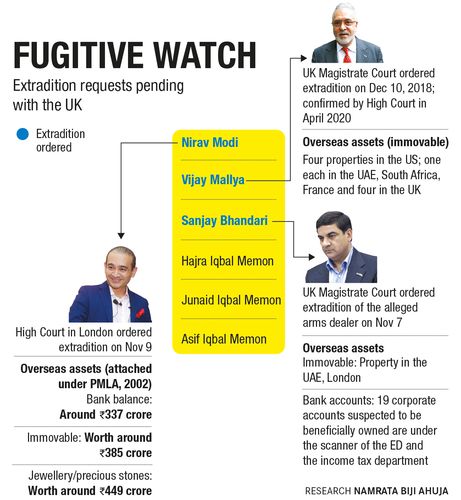 A potential headache for the Sunak government is that Modi’s continued stay in Wandsworth prison in southwest London, where he has been lodged since 2019, is untenable as he has not been accused of any crime committed in the UK. Toby Cadman, who represented crown prosecution on behalf of Indian authorities, does not see many legal challenges coming in New Delhi’s way to lay its hands on Modi. “In the light of the recent high court ruling, there are now limited legal challenges that can be brought,” Cadman told THE WEEK. “Appealing to the supreme court, or ultimately seeking intervention of the European Court of Human Rights, will be very difficult based on the facts of the case and the high court ruling.”

He said when he appeared in the first hearing on behalf of the crown prosecution, Modi was refused bail because of the evidence before the court. “Ultimately, the court agreed that there was a substantial risk of interference or [Modi] fleeing the jurisdiction,” said Cadman.

But he also said that human rights concerns remain. “The English courts are required to consider the legal framework in India, and any shortcomings there may be,” said Cadman. “In my view, the shortcomings in India is the practice rather than the law.”

Incidentally, Cadman has taken up the case of Christian Michel, who was extradited to India in 2018 after being charged in the AgustaWestland chopper case. Michel, who is now lodged in Tihar Jail, had written to Boris Johnson (when he was UK prime minister) alleging that he was illegally detained in the UAE and brought to India in 2018. “The UN Working Group on Arbitrary Detention upheld our complaint and still Indian authorities are wilfully ignorant. That will have an impact [on Modi’s case],” said Cadman.

For the Sunak administration and the Indian government, the litmus test will be to tide over challenges thrown by the fugitives. The toughest challenge is from Mallya, who has sought political asylum in the UK. Apparently, the initial view of the UK government is not in Mallya’s favour. But the Indian government has to wait for clarity on the outcome, as the decision-making process is neither transparent nor time-bound.

“It is at this stage where diplomacy plays a vital role,” said Neeraj Kumar, former Delhi police commissioner whose charge-sheet against Sanjeev Chawla, the prime accused in the 2000 match-fixing scandal, led to his extradition―the first high-profile one from the UK. “The British system has many layers of appeals. Chawla could not go into a higher layer because of paucity of funds. But the likes of Nirav Modi can go into it like Mallya.”

Kumar pointed out that British authorities are sticklers for protocols and processes. “Sunak will stick to the processes,” he said. “He will not take any radical step.”