How death of Gambian children will affect India's African outreach 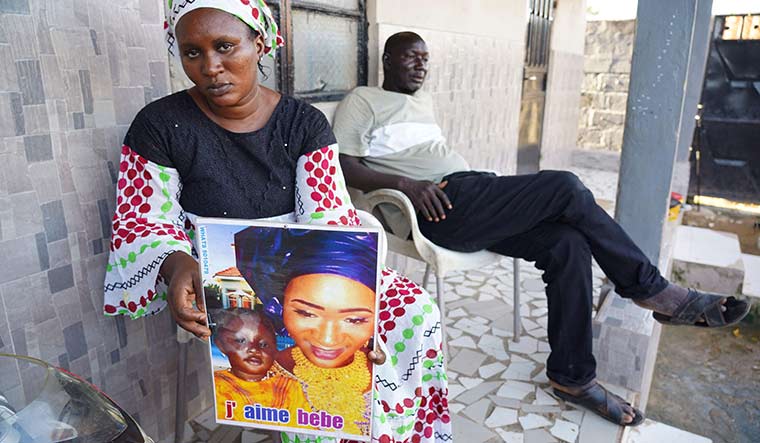 FROM THE INDIAN perspective, Bangladesh and The Gambia may be worlds apart. But, there are a couple of commonalities between the western African country and India’s eastern neighbour. First is India’s diplomatic outreach. ‘Neighbourhood First’ is among a slew of Indian initiatives in Bangladesh; The Gambia is a beneficiary of India’s Africa outreach policy and largesse, particularly the ‘vaccine diplomacy’ thrust.

Then, there is the shared suffering inflicted by Indian-made cough syrups. Both the International Narcotics Control Board and the United Nations Office on Drugs and Crime have documented the damage done in Bangladesh by a codeine-laced cough syrup. Codeine is an opiate. So much so that the Indian government prohibited its sale within 25km of the international border. But, the blue plastic bottles continue to reach Bangladesh. A long, porous border with India took care of supply, while a religious code that insists on abstinence from alcohol contributed to the demand.

In The Gambia, Indian cough syrups have reportedly claimed the lives of 66 children from July to September. They were being treated for flu-like symptoms and became unable to pass urine after taking the cough syrup. Doctors suspect that the syrup caused kidney failure. Local police is investigating the cause of the deaths, as are Indian authorities, but bewildered Gambians do not know where to look for succour or who to blame.

Is it the fault of the Gambian government, which has not set up a lab to test imported medicines? Or is it the fault of the Gambian Medicine Control Agency, the importers, or the Indian drug maker, or New Delhi, which failed to regulate such drug manufacturers/exporters? No matter what they conclude, there is little doubt that the narrative of India being the world’s pharmaceutical capital has lost its sheen.

India’s vaccine diplomacy was in keeping with its ambitions to expand its spheres of influence. In the African theatre, India came up against China, which added vaccine diplomacy to its already heavy investments in the continent. Till the start of 2022, India supplied more than 25 million Covid-19 vaccine doses to 41 African countries; nearly a million were grants. China supplied 125 million doses to 47 countries; 31 million doses were donations. Significantly, this ‘vaccine rush’ to Africa by India and China took place amid allegations of rich nations hoarding vaccines. But, now, the cough syrup controversy may prove to be a setback for India’s strategic goals in Africa.

On October 5, the World Health Organization issued an alert headlined ‘Substandard (contaminated) paediatric medicines identified in WHO region of Africa’. It asked the regulatory authorities and the public to avoid four products and added that the manufacturer—Maiden Pharmaceuticals Limited (Haryana, India)—had not given guarantees to the WHO on the safety and quality of the products. The alert identified the products as Promethazine Oral Solution, Kofexmalin Baby Cough Syrup, Makoff Baby Cough Syrup and Magrip N Cold Syrup—the same brands that were distributed in The Gambia. Combing operations have begun in the country’s pharmacies, markets and homes to recall the thousands of bottles that were already sold.

In India, the legal framework for drug testing and exercising regulatory control is a grey area under the concurrent list—which means neither the Centre nor the states bear complete responsibility. States control the production, sale and distribution of pharmaceutical drugs.

A day after the WHO alert, on October 6, the Union health ministry said the onus of quality testing was on the importing country. Stating that the exact one-to-one causal relation of the deaths has not yet been provided by the WHO, the health ministry said the matter has been taken up with Haryana’s state drugs controller, which has jurisdiction over the Sonepat-based Maiden Pharmaceutical Ltd. The four medicines were cleared only for export and were not distributed in India.

On June 14, 2022, a Union health ministry notification asked manufacturers of 300 commonly-used drugs to print bar codes or QR codes on primary packaging labels. This code will have information on the unique product identification code, proper and generic name of the drug, brand name, details of the manufacturer, batch number, manufacturing date, expiry date, and the manufacturer’s licence number.

In a way, this notification affirmed what may qualify as the worst kept secret in the Indian pharma sector—that questionable drugs exist. Dr Nabajit Talukdar, cardiologist at Delhi’s Batra hospital, says that presence of spurious and fake drugs is a long-known, but unaddressed problem that has plagued medical practitioners. “We can only prescribe the medicine,” he says. “We cannot vouch for the quality. Mushrooming of drug manufacturing units across the country that are unregulated in the backdrop of prevalent corrupt practices, present an ideal setting to make drugs of questionable quality.”

According to a statement by the Minister of State for Health and Family Welfare Dr Bharati Pravin Pawar in the Lok Sabha on July 27, in the three-year period from 2019 to 2021, 537 people were arrested for violation of licence conditions. In these three years, of the total 2,45,807 drug samples tested, 667 samples were found to be spurious or adulterated while 7,698 were declared of sub-standard quality. Against the backdrop of compromised state administrations, the genuineness of these numbers is anybody’s guess.

In retrospect, there is clearly a need for India to rethink on how to conduct trading and business activity with countries where it is looking for a firm foothold.

Interestingly, on September 30, Prime Minister Narendra Modi is said to have told all ministries to keep India’s strategic point of view in mind while framing any policy and not to take lightly the background notes or other communication shared by National Security Council Secretariat and National Security Adviser.