Brand Bengaluru will be affected if remedial action is not taken 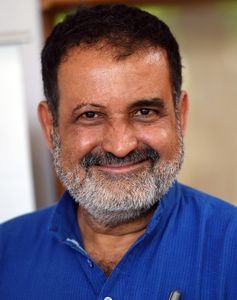 T.V. MOHANDAS PAI is a Padma Shri awardee and a former chief financial officer and board member of Infosys. He was born in Bengaluru and has seen the city grow in the past few decades. Excerpts from an interview:

A/ Flooding has had a negative impact on Brand Bengaluru, but it all depends on the next three to six months, [and whether the city can] improve the infrastructure in parts that were affected by flooding. A lot of pictures of flooding have [gone] all across the world, and people are angry and upset. It will now depend on how the government reacts and cleans up everything. People living in the flooded areas... feel they have been cheated. Many high-net individuals are looking to relocate. This is because there is no improvement in the infrastructure; there is nothing dramatic happening.

We need a strong city government. The state government always says that it will do something, but when? We have been waiting for more than 20 years for things to improve. There has to be a strong leadership in Bengaluru. At present, there is no strong political leadership as many politicians look at Bengaluru as a source of money. For them, [flooding] does not matter. It is, in fact, a very sad reality in urban India.

Q/ What steps can the government take?

A/ There has to be rule of law. There is corruption in giving building approval, construction licence and water approval. Builders do what they want because they have bought over the approving authorities. All this is a result of the deep-rooted corruption in the corporation. Corruption involves politicians, ward councillors, MLAs and bureaucrats. [Regarding] the places where all this flooding happened—the Ecospace [tech park, for instance], one must ask who owns the place and how they encroached on the rajakaluve (storm water drains).

The flooded place was an area of lakes and each lake was connected to the another so that the [excess] water goes downstream. Now, if you have built on the area of the rajakaluve or you have reduced the area of the rajakaluve, it will result in a flood as the drainage capacity will be reduced. If there is no heavy rain every year, there will be some amount of flooding, but it will go away in a few hours. This time, however, [there was] flooding because the entire drainage channel had been [encroached upon]. On top of that, the existing drains were blocked with loads of muck and dirt, bringing down their capacity.

Q/ Any concrete steps the government can take?

A/ What the government has to do is clear. The BBMP (Bruhat Bengaluru Mahanagara Palike) is too big to be governed by one commissioner. They have a mayor who is there for one year. Local elections have not been held for two years because I am told that the MLAs in the city do not want the elections as they are happy making more money. Now, the courts have forced them to have elections.

We want five corporations in Bengaluru and five full-time mayors so that they will all work in their entire area and do well. As much as 60 per cent of Karnataka’s GDP comes from Bengaluru alone. It also has one of the highest per capita incomes in India with $10,000 to $11,000 (Rs7.9 lakh to Rs8.7 lakh) a year. But, we do not have any governance. Singapore has 60 lakh people, which is half of Bengaluru’s population. They have a prime minister, a legislature and a full government there. The city is run well. Look at Bengaluru. The [municipal] commissioners stay here for one to two years as they get transferred if they do not bow to political power.

A/ It will be affected if remedial action is not taken. Bengaluru is attractive as it has high-quality talent. It has more people in technology than any other city in the world. It is not that everyone will go away, but growth will be limited.

Q/ Why do you think tier-2 and tier-3 cities in Karnataka are not attractive for companies?

A/ The government must use money to develop the infrastructure in tier-2 and tier-3 cities. For the past 20 years, the talk has been restricted to a few seminars. Only now there are some steps by the Karnataka Digital Economy Mission to make something happen, and hopefully something will happen. However, good talent is not available in smaller towns. So, why would people go there?

I was born here. I have seen the city grow, but the problems have remained the same. The bus transport system has not improved in 10 years, our metro is behind schedule, and traffic has grown and is mismanaged. On the top of that, corruption has increased manifold. What has happened to Bengaluru is mainly due to inadequate governance and corruption.