‘Every section of society is against BJP’: Kamal Nath 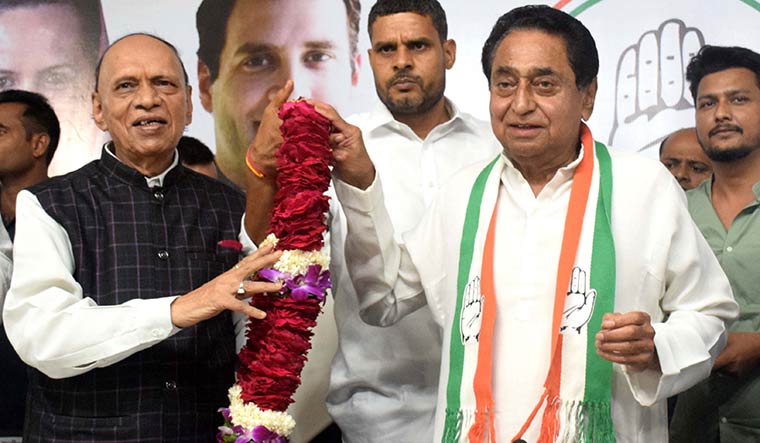 Eyeing a comeback: State Congress president Kamal Nath said the local poll results were a major boost for the party.

The BJP claims to have won 90 per cent seats in the polls.

Why 90 per cent? It should say it won 100 per cent. I mean the results are there. We won seven [mayoral seats], the AAP won one seat and one went to an independent. The BJP won one seat (Burhanpur) by about 500 votes, another one (Ujjain) by manipulations, so how many has it won actually? It won just five (out of 16 seats). The BJP now, even as we speak, is buying janpad members, zilla panchayat members… to somehow get a majority.

Is the BJP buying members to form local councils?

No. I do not say that. But it is trying to see whether it can buy someone at the janpad level who is poor. But then it cannot purchase someone’s heart, mind and soul.

But the BJP says it won most of the wards.

I don’t know the minute details. But the question is not how many seats the BJP won, but what we were in the past. We were at zero. So this result (mayoral wins) is a very big jump for us.

Are the results a boost for the 2023 assembly polls?

Obviously this will be helpful for us in the 2023 polls.

Do you feel OBC discontent was a factor?

Every section of society is against the BJP. It has got only police, paisa (money) and prashasan (administration).