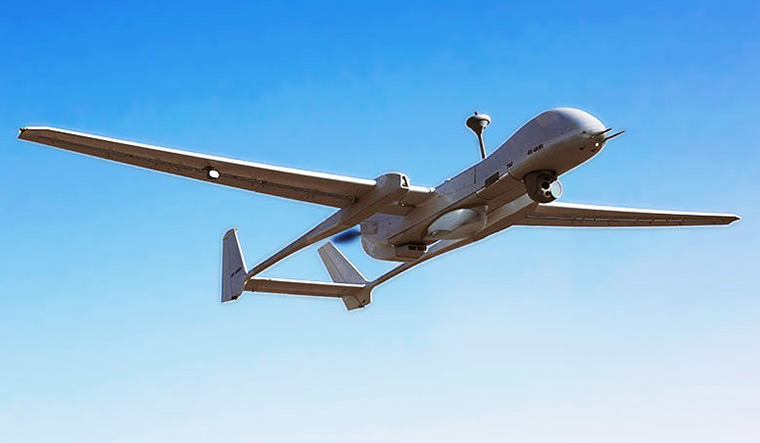 LAST APRIL, during his visit to France, Air Chief Marshal R.K.S. Bhadauria, the then Air Force chief, pitched an idea—he wanted to rent an Airbus A330 multi-role tanker transport aircraft (MRTT) instead of buying one.

In 2020, a batch of the Air Force's Rafales had flown non-stop (almost 7,000 km) from France to India with mid-air refuelling; the A330 MRTTs of the French and UAE air forces had helped do that.

The Air Force had made multiple unsuccessful attempts since 2007 to buy mid-air refuelling jets, but budget was always a hurdle. So, now, the Air Force is leasing an A330 MRTT from France.

The IAF might go in for five more A330 MRTTs later. Currently, the force operates six Russian Ilyushin-Il78 refuelling tankers, but these are facing service issues. Mid-air refuellers also help overcome the depleted combat strength, to some extent, as they allow the existing fleet to remain in the sky for longer. 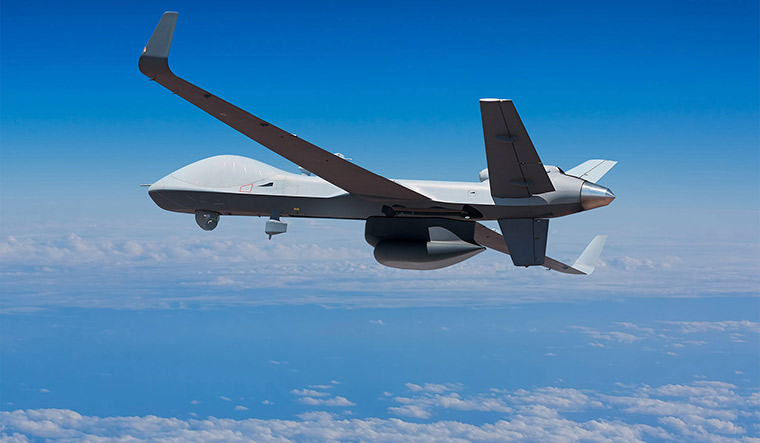 In December 2020, the Indian Navy took two MQ-9B Sea Guardian drones on lease for two years from the US.

Meanwhile, the Army, in 2021, finalised the lease of four advanced Heron Mark-II medium-altitude long endurance UAVs from Israel for better surveillance on the India-China border amid the military standoff in Ladakh.

In 2020, the Narendra Modi government came out with new regulations that allow leasing of military equipment from friendly nations to plug critical operational deficiencies amid growing threats on the borders. Defence experts believe that operational preparedness and indigenisation do not go hand in hand. And so, India needs answers in the short term.

There are two types of lease—dry and wet. The former allows use in wartime; the latter, in peacetime. India's new set of regulations allows for dry lease and, according to the new rules, provides a useful way to substitute huge initial capital outlays with periodical rental payments.

Leasing would include the cost of maintenance during the lease period. In case of a crash, the entire cost would have to be paid to the foreign firm. 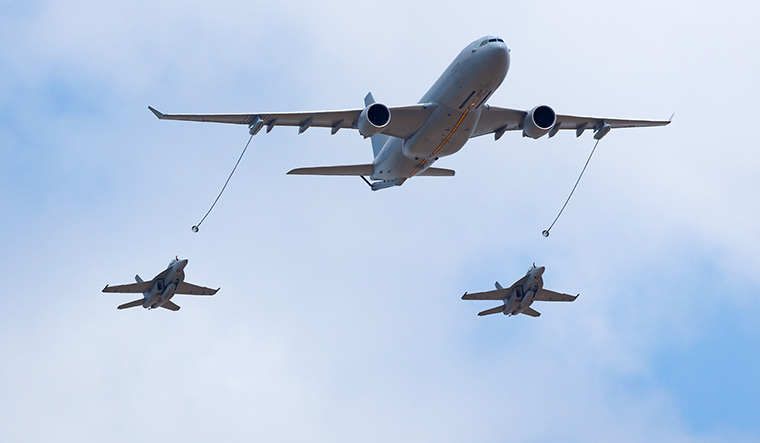 The Air Force is leasing an A330 multi-role tanker transport aircraft from France.

India has allocated Rs5.25 lakh for the 2022-23 defence budget; 68 per cent of the capital budget will be set aside for buying from domestic industry. This leaves hardly any money to buy new weapons and military platforms.

Amit Cowshish, former financial adviser (acquisition) with the defence ministry, told THE WEEK: “If we had the money, we would have bought it (military platforms) anyway. In the absence, this options looks to be the most viable as you get it when you need it most.”

Added Remi Maillard, president and managing director of Airbus India and South Asia: “India’s defence procurement process is robust and thorough. The inclusion of a full chapter on leasing in the Defence Acquisition Procedure (DAP) underlines the government’s resolve to cater to the armed forces' need for mission-critical assets within a short timeframe but without incurring large capital expenditure. We believe that a take-off in leasing can contribute to unlock the potential of atmanirbhar Bharat in defence.”

The concept of leasing is not new to the armed forces. India's first nuclear submarine, the Charlie class INS Chakra, was taken on lease from the Soviet Union in 1988. Later, an Akula II class submarine was leased from Russia, and was also named INS Chakra. The Navy is now negotiating with Russia for another Akula II submarine on lease. The difference now is that the leasing option is officially part of the DAP.

As per the DAP, cases where lease of equipment may be preferred are—(a) where procurement is not feasible due to time constraints, (b) where the asset/capability is needed for a specific time or would be underutilised if procured, (c) where smaller numbers of assets are needed and administrative/maintenance infrastructure expenditure would be high, (d) when service life lease rentals are a better option than a one-time acquisition cost, (e) to gain experience for operational exploitation of equipment, and (f) due to operational necessity.

Said Cowshish: “It is not a bad idea when you require something in small numbers. Or in cases where the technology may be changing fast. Staggered payments are more affordable.”

India is one of biggest spenders on military equipment, but unlike, say, Saudi Arabia, it does have money constraints. Leasing becomes a viable option in this situation. Also, experts believe that major defence players like the US, Russia, France and Israel are quite keen on entering the leasing market.

In December 2020, the Indian Navy took two MQ-9B Sea Guardian drones on lease for two years from the US. The process took two months, which was unprecedented. Such procurement usually takes years. Experts also said that the Navy wanted to test whether the drones were suitable for bulk purchase in future.

The Navy has invited responses from foreign vendors for its planned five-year lease of 24 NUHs (Naval Utility Helicopters) and related support equipment to replace its fleet of legacy licence-built Chetak helicopters, inducted into service in the 1960s.

Lt Gen Anil Ahuja, however, believes that leasing should not be used to bypass the normal channel of acquisition. The former deputy chief of Integrated Defence Staff (policy planning and force development) said that it should only be a stopgap arrangement for something that is critically required for a short duration. “Any military platform or weapon system that gets inducted into the armed forces has a service life span of 30 to 40 years. Once you have acquired it, the window is closed for many years,” he said, adding that India should lease equipment till the time indigenous products are ready.

Experts, including Ahuja, said that leasing should not kill the indigenous defence sector. However, the indigenous players, including public and private ones, should be given a deadline to complete projects. “This option (leasing) should be resorted to as an exception, with strict time limits set, within which the domestic equipment must be made available to the services,” said Ahuja. “Penalties need to be considered in the event of unjustified slippages.”