BJP's action against aggressive spokespersons may have doused international ire

The move, however, has not gone down well with section of the party cadre 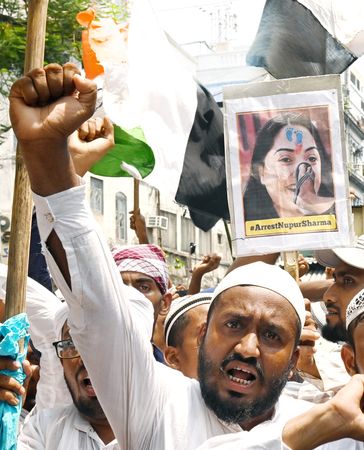 Loud and clear: A rally organised by Muslim organisations in Kolkata to protest against hate speech by Nupur Sharma | Salil Bera

THE BJP’S 2018 training manual on media had guidelines for its leaders and spokespersons on how to navigate traditional news media and emerging social media. It talked about the need to focus on winning the perception war and setting the agenda. “We should as far as possible not be seen as reacting to issues. Rather build our brand in such a way as to make others change or imitate us so that the BJP brand dominates the discourse,” said the manual.

In a section on handling television debates, it warned about facing a tough opposition. “Answer critical questions honestly without losing your composure. If you acknowledge that your opponent has a point, you will often win the confidence of the audience.” However, on May 26, during a polarising debate on the Gyanvapi mosque issue, BJP’s Nupur Sharma went against the official playbook, as she lost her composure. The firebrand national spokesperson’s statement was perceived as offensive and derogatory to Prophet Mohammed.

A day later, Sharma’s comments started going viral on social media. At first, party leaders tried to downplay her comments and maintained that she had only exercised her freedom of expression. As she faced threats, BJP activists came out on social media in support. On June 1, Delhi BJP media cell in-charge Naveen Jindal posted a particularly offensive tweet against the Prophet. While Prime Minister Narendra Modi and President Ramnath Kovind were in Kanpur on June 3, protests and violence broke out after Friday prayers. Soon, protests were reported from other cities, and reactions started flowing from Islamic countries.

The National Democratic Alliance government, which celebrated its eighth anniversary on May 30, soon had a major crisis at hand. As the support earned from Muslim nations appeared to ebb away, the government and the party were forced to launch a damage control exercise. The ministry of external affairs said the statements were made by a “fringe,” while a signed statement issued by BJP general secretary Arun Singh said the party respected all religions. Sharma was suspended for expressing views contrary to the party’s position, while Jindal, a former journalist, was expelled.

It was clear that the government and the ruling party were under pressure to delink the comments from Modi’s image. The delayed action may have doused international ire to an extent, but the message has not gone down well with a section of the party cadre who are left confused over the decision. The general refrain was that Sharma defended the faith during a deeply polarising debate on the Gyanvapi mosque issue after a shivling was discovered during the court mandated video survey. Many questioned the decision to sacrifice her after facing pressure from the Islamic bloc.

Could Sharma’s statement be a tipping point for the BJP, which is forever looking for new territories to conquer, even as it consolidates its core? The polarising rhetoric, which got shriller during the Uttar Pradesh elections, started with the hijab row. It was followed by the Gyanvapi controversy, which spread across the country. Right-wing followers soon started demanding the restoration of temples which were believed to have been replaced by mosques in the last 1,000 years. 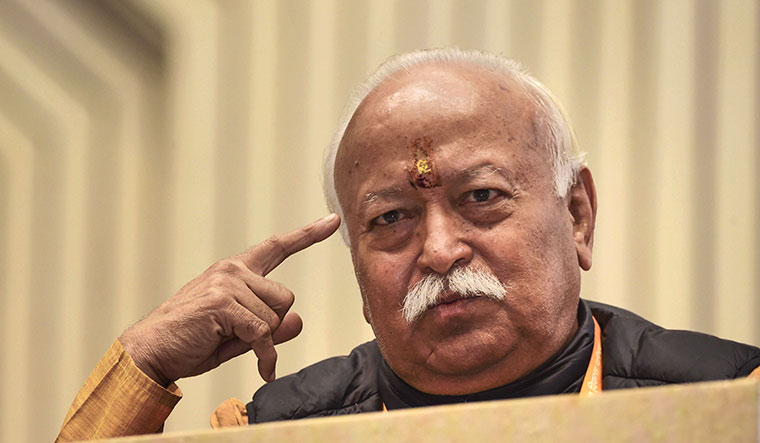 Senior BJP leaders, however, felt that the Sharma episode took the focus away from Modi’s performance and the government’s standing abroad. India faced criticism from international bodies over its track record concerning minorities. With the terms of its two Muslim MPs in the Rajya Sabha expiring soon, the ruling party will soon be without a Muslim MP, creating a perception problem. The Modi government’s decision to reconsider the sedition law after using it against anti-government activists and leaders seems to have been made with an eye on its international image.

The BJP’s action against Sharma and Jindal assumes significance as it comes close on the heels of RSS chief Mohan Bhagwat’s statement that courts will decide on all cases including the Gyanvapi mosque, and that Hindus should stop looking for a temple under every mosque. This nuanced appeal has been aimed at toning down the conflict on religious matters. 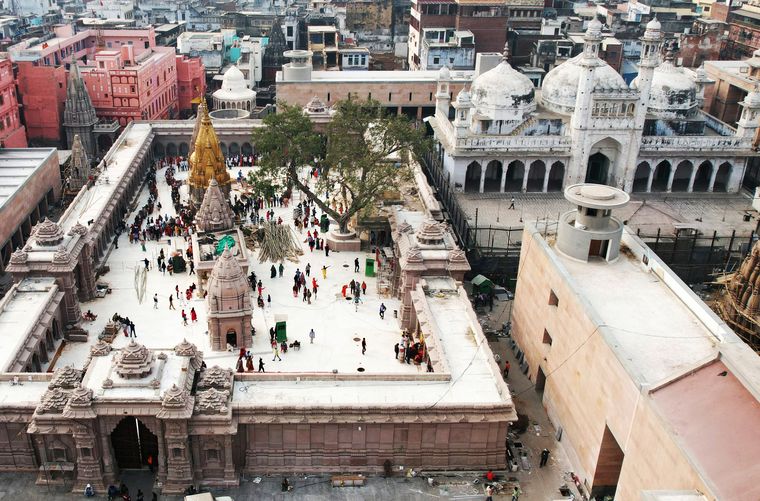 Within party circles and the government, aggressive statements are fine till the time they cause embarrassment to the Modi government and take away the focus from projecting work being done. Several leaders perceived to be aggressive communicators appear to have toned down. Through his speeches to party leaders at various forums, Modi has asked them to keep the focus on development, and shun unwanted statements. Spokespersons have been asked to be cautious in their approach and be careful about their rhetoric.

“The message is very clear. The BJP respects all religions. Our focus is on development, good governance and antyodaya, benefiting the last person on the queue,” said BJP spokesperson Gopal Krishna Agarwal. But the party has always rewarded aggressive leaders. Sharma, for instance, was picked up for a key electoral battle against Delhi Chief Minister Arvind Kejriwal in 2015, eight years after she was elected president of the Delhi University Students Union. She was appointed the BJP’s national spokesperson in September 2020. 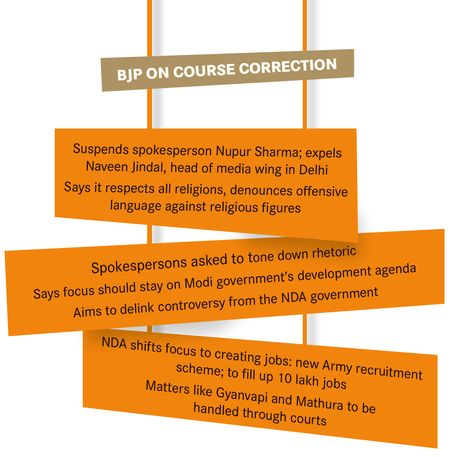 While Sharma’s political future appears uncertain for the time being, many leaders have expressed concern over her safety as she has been receiving death threats. Hard core party supporters, who often react emotionally on the issues of hindutva, may push for further consolidation of Hindu votes with an argument that while the episode united the Muslim world, the voices in Sharma’s favour remained subdued.

This is the second time that protests by Muslims prompted the Modi government to take action. Earlier, sustained campaign on the Citizenship (Amendment) Act had forced the government to put the issue on the back burner.

As the BJP moves towards the 2024 elections, the government has made it clear that it will focus on job creation, which has been a sore point in the government’s development story. Modi has promised to fill 10 lakh vacant posts in the next 18 months, just in time for the Lok Sabha polls. Even a Tour of Duty scheme to recruit 45,000 youth every year to the armed forces is another attempt towards this goal. The outpouring of Muslim anger may, perhaps, force the government to be more circumspect while taking up controversial issues like the uniform civil code, believed to be the next on agenda.