Under scheme, soldiers, sailors and air warriors will be recruited for four years 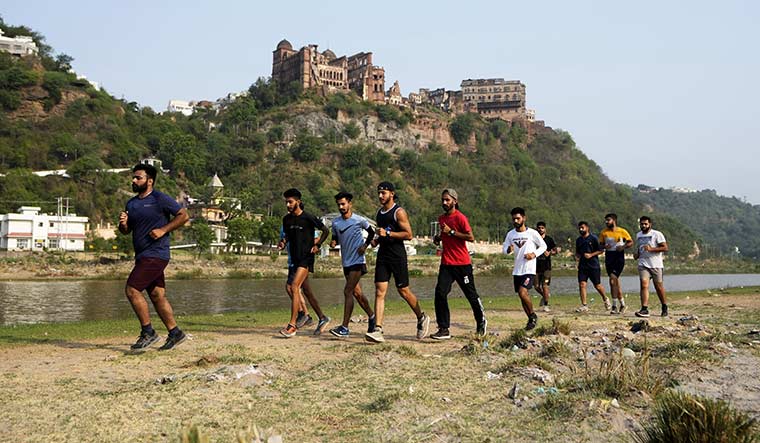 The name Agnipath evokes memories of the 1990 Bollywood movie starring Amitabh Bachchan. But, the word is about to become even more popular thanks to the Union government. Agnipath means path of fire; fire signifies struggle and purity. And this is the name of the Indian military’s new recruitment scheme for jawans. The recruits will be called Agniveers. The scheme is also called Tour of Duty (ToD).

Under ToD, all soldiers, sailors and air warriors will be recruited for four years. The aim is to make the military lean and mean. That is, to reduce the pension bill (for FY 2022-2023, this is Rs1.2 lakh crore of the Rs5.25 lakh crore defence budget) and to assemble younger forces. For example, the average age of an infantryman is 35-36. With ToD, this is expected to drop to 25-26 in five years.

The scheme will recruit undergraduate men, aged 18 to 21, on a contract basis, with no scope for promotion. The four-year stint will have around six months of training, and salary and perks would be almost at par with existing personnel. After the stint, 25 per cent of the jawans will be considered for permanent commission after fresh screening—so far, only officers were eligible for permanent commission. The other 75 per cent will be get severance pay of Rs10 lakh-Rs12 lakh.

The ToD concept was mooted about two years ago to allow those who do not want to become career soldiers to serve for three to four years. A major difference in ToD is the duration of training—26 weeks to be exact, as opposed to the existing module of 44 weeks (close to a year). The 44-week module at regimental training centres covers basics like fieldcraft and weapons training. It also allows bonding between cadets. After this initial training, jawans have more training with their units. It is only then that they become part of a section or platoon. Overall, it takes three to four years of service for a jawan to be integrated into a team.

This is a key reason for the opposition the scheme is facing from within the military fraternity. It is felt that the shorter training period will erode quality standards. There are also those who feel that the scheme would lead to demotivated soldiers and could even produce mercenaries.

Lt Gen Vinod Bhatia, former director general of military operations, quoted a popular saying: The recipe for certain victory in war is American military hardware, British doctrines, German generals and Indian soldiers. He said that the dedication, zeal and professionalism of the Indian soldier is unmatched, as he fights for naam, namak and nishan. Naam (name) means the reputation of the paltan (regiment). Namak (salt) means loyalty, and nishan (sign) is the colours of the regiment.

“This ‘out-of-the-box’ solution (ToD) is purely based on a cost-benefit analysis without factoring in the adverse impact on combat effectiveness and operational readiness,” he said. He added that it was not in line with the ethos of the Indian armed forces. On the shorter training period, specifically, he said: “An under-trained soldier may put everyone’s life in danger.”

Bhatia also said that there was no incentive for young men to join the military for only four years. A differing perspective, from an officer who requested anonymity, is that 75 per cent of the recruits—military-trained men—would return to society, add value and motivate others to enlist.

An officer based at the Indian Army headquarters in Delhi said that the draft of the recruitment policy had been sent to the ministry of defence for approval and that the announcement was expected soon, after “minor modification”. The modification is expected to be just in the modalities. It remains to be seen whether the concerns of the military fraternity would be addressed. Recruitment under the scheme is expected to begin in September.

Covid-19 halted the Army’s recruitment for over two years. In 2019-2020, the Army recruited 80,572 jawans; there has been no entry since then. This has left 46 regimental training centres with no fresh batches. On the other hand, the Indian Navy and the Indian Air Force has both recruited in the last two years—8,269 and over 13,000 personnel, respectively.

The Army’s inability to organise recruitment rallies has been targeted by political opponents of the NDA government. For instance, Congress general secretary Randeep Surjewala accused the government of taking advantage of the sacrifice and valour of soldiers politically, but not filling over 1.22 lakh vacancies in the Armed Forces. Delhi Chief Minister Arvind Kejriwal, too, raised the issue on May 29. Even BJP MP Varun Gandhi criticised the government for not filling vacancies in the Army and “keeping unemployed youth waiting”.

Lt Gen Rakesh Sharma, former adjutant general, who was responsible for manpower planning, told THE WEEK that ToD was an attempt to make the short-service commission more attractive as it failed to attract youth in its existing avatar. Though ToD will initially focus on recruiting jawans, eventually, it can expand to other streams like armoured divisions and artillery. Sharma said the new policy would be “All-India, All-Class”, meaning recruitment will not be based on the regimental culture. “Soldiers will be a mix, unlike the Sikh regiment, which only has men from the Sikh community,” said Sharma. He added that the aim is to change the “pattern of north India dominating the Army”. He said that he sees a new Army in five to 10 years. “Characteristics of the Army will change,” he said.

Military observers believe that the idea of having soldiers for four years does not tally with the cost of training. The Navy spends around Rs27 lakh per cadet, the IAF 039 lakh and the Army close to Rs16 lakh. Even with a shorter training period there can be no dilution in basic requirements. A senior defence officer based in South Block said: “While the entire exercise is aimed to reduce cost (pension and salary bill), letting trained soldiers go after spending a massive amount on their training does not make any sense.”