NSE scam: The lady, the yogi and the fallen stock 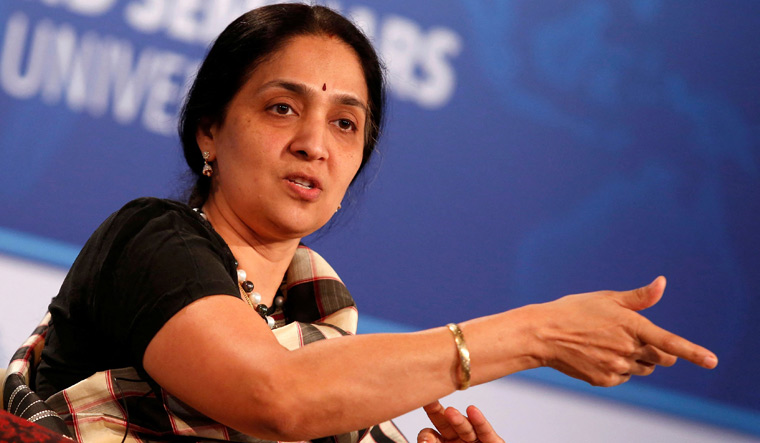 It was a chance discovery. In 2015, India’s market regulator, the Securities and Exchange Board of India, started an investigation into a whistleblower’s complaint about a few traders being given preferential access to the National Stock Exchange’s servers and co-location facilities. This access had given them a huge advantage over other brokers and traders in the time-sensitive trading. During this investigation, however, SEBI stumbled upon a far bigger conspiracy in the country’s largest stock exchange.

Chitra Ramkrishna, managing director and chief executive of the NSE between 2013 and 2016, apparently, had been sharing confidential information to a mysterious Himalayan yogi and seeking advice from him for making professional decisions. She appointed Anand Subramanian, an executive who had little relevant experience, as her adviser. While all these happened, the NSE board and public interest directors look away.

The NSE was incorporated in 1992 and commenced its operations in 1994, as a response to the Harshad Mehta scam at the Bombay Stock Exchange in 1992. Mehta, a share broker, manipulated the prices of several stocks by illegally obtaining money using fake bank receipts. Eventually markets crashed and investors lost crores of rupees. That was a time when stocks were bought and sold on a trading floor where brokers gathered and traded using hand signals and by shouting across the room.

Following the scam, the government felt the need to make trading more transparent. The NSE ushered in a satellite data and screen-based trading system. R.H. Patil, who was then the executive director of IDBI, set up the exchange and Ramkrishna, along with Ravi Narain and Ashish Kumar Chauhan, was part of his core team. Ramkrishna became deputy CEO in 2009 and succeeded Narain as MD and CEO in 2013. She was the first woman to head an Indian stock exchange and was credited for several initiatives, including screen-based trading.

The NSE today is India’s largest financial market and the largest derivatives exchange in the world. But the exchange that was set up to make share trading transparent is now beset with controversies. In 2019, in the co-location scam case, SEBI ordered the NSE to pay up Rs624.89 crore along with 12 per cent annual interest from April 1, 2014 to SEBI’s investor protection and education fund. Narain and Ramkrishna were asked to deposit 25 per cent of the salary drawn for specific years to the fund and they were prohibited from associating with a listed company or market infrastructure institution for five years.

That was, however, just a precursor. While investigating the co-location case, SEBI figured out that Ramkrishna had been sending emails with sensitive information, such as organisational structure, dividend scenario, financial results and human resources, to the account rigyajursama@outlook.com. A SEBI order says that the NSE and its board were aware of this exchange, but had taken a “conscious decision” to not report the matter to SEBI and “keep the matter under wraps”.

In her response to SEBI, Ramkrishna identified the unknown person as a Siddha Purusha, or a yogi, who largely was dwelling in the Himalayas. She said she had sought guidance from him on many personal and professional matters. 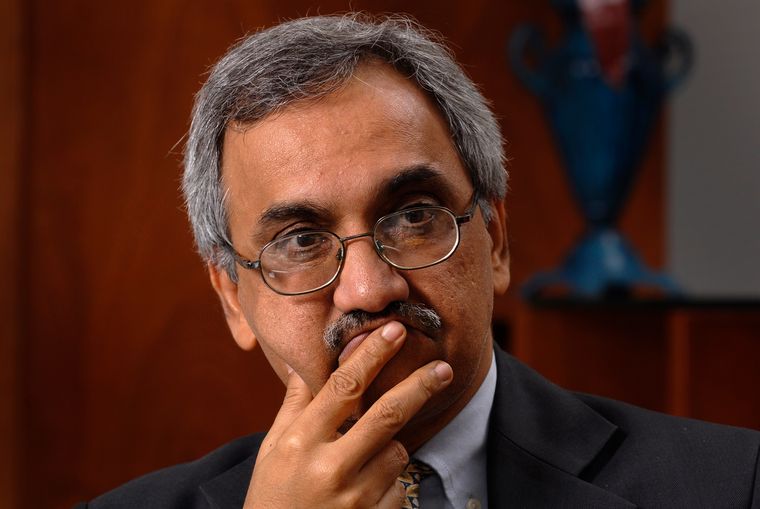 Interestingly, the conversations do not just stop at sharing confidential information, but also become personal, as can be seen in excerpts released by SEBI. “…keep bags ready, I am planning to travel to Seychelles next month, will try if you can come with me...” reads one email from the unknown person to Ramkrishna on February 17, 2015. In another email the next day, the person says, “Today you are looking awesome. You must learn different ways to plait your hair, which will make your looks interesting and appealing.”

In April 2013, soon after Ramkrishna took over as MD and CEO, Subramanian was appointed consultant. He was earning Rs15 lakh a year at his previous company; NSE offered him Rs1.68 crore a year. This was increased to Rs4.21 crore in April 2016 “for part-time working as a consultant with a designation of Group Operating Officer and Advisor to the CEO at NSE”.

Considering that he was just a part-time consultant, the compensation was disproportionate. Furthermore, SEBI states its investigation found that his previous experience was not relevant to the position for which he was appointed at NSE. SEBI said it was a “glaring conspiracy of a money making scheme”.

Interestingly, Subramanian’s wife, Sunitha Anand, was an employee at the NSE and a close friend of Ramkrishna’s.

Ramkrishna had told SEBI that a requirement had been identified for the advisory and support function to the MD’s office and accordingly a human resources consultant had recommended Subramanian, and he was interviewed by the HR department. But, Chandrasekhar Mukherjee, then the NSE’s vice-president HR, countered it saying that Ramkrishna interviewed Subramanian and she insisted on giving him a five-year contract. The SEBI order says that the appointment was approved by Ramkrishna based on the delegation of powers to the MD and CEO that were approved by the NSE’s board back in 2005.

Ramkrishna resigned in December 2016. The SEBI order is critical of the NSE board for letting her go. “The act of concealing such irregularities is further blatantly evident by the fact that it is recorded in the minutes that the board appreciated her contribution to the organisation, giving the impression that (Ramkrishna) has resigned with a clean slate,” said the order.

Questions are being raised about why this order has taken such a long time and the SEBI has not filed criminal complaints yet. “SEBI also needs to justify why it is being lenient with the NSE. Fines worth a few crores won’t be enough. This governance issue runs deep and needs to be further investigated,” said Sonam Chandwani, managing partner of KS Legal and Associates.

The NSE has said it has “operationalised the directives of SEBI on various matters over the years and has taken various measures to strengthen the control environment including the technology architecture”. The exchange, however, did not respond to a mail seeking details of what exactly it had done to strengthen corporate governance.

The investigation and the SEBI order have not answered many questions. For instance, who is the yogi with whom Ramkrishna was sharing information? A forensic investigation conducted by Ernst & Young concluded that the yogi was Subramanian himself. “EY’s conclusion was based on the facts that the Skype accounts in the name of ‘anand.subramanian9’ and ‘sironmani.10’, which were found on Subramanian’s NSE desktop, were configured in the Skype application database and linked to the email ID ‘rigyajursama@outlook.com’, and Subramanian’s mobile number,” said the report.

Also, the document properties in some emails sent from the email ID indicated that the document author, document last modified by, document created date/time as Subramanian, said the EY report.

NSE also has concluded that the person was Subramanian, and so there was no breach of confidentiality. There was also no damage caused to the market in any manner due to such correspondence, it said. However, the problem with this argument is that Subramanian already had direct access to this information given his position.

SEBI feels the argument that Subramanian created the identity of the unknown person to guide Ramkrishna perform her duties according to his wish is unsustainable. Ramkrishna also denied in her response to SEBI that the person was Subramanian. She said she met the person at holy places and also attended a meeting with him at the Swamimalai temple in Delhi.

“Who is this person to whom confidential information was leaked and who benefited out of this confidential information, that SEBI should find out,” said Shriram Subramanian, founder and MD of corporate governance advisory firm InGovern. “More importantly, was the integrity of the NSE compromised? If so, then what steps were taken so that this will not happen in the future?”

The NSE board has representatives from large institutional shareholders and directors appointed by SEBI. InGovern’s Subramanian sees this case as the failure of the board of directors, too. “There were various levels of governance failures. The board does not seem to have done its job. They did not even bother to check the antecedents of Anand Subramanian, who was a key managerial personnel. That was a failure. Even after the scam came out, the board did not act with the urgency and the seriousness that it deserved to get to the bottom of the scam,” he said.

There are also questions being asked about the power wielded by one person in an important organisation. Tarun Bhatia, MD and head of South Asia in the forensic investigation and intelligence practice of risk consulting firm Kroll, said the learnings from the NSE issue must be used to strengthen the broader corporate governance framework at regulated entities. “Was there any financial advantage to the company or individuals? That’s one aspect where there must be more scrutiny. There are questions regarding who in the NSE knew and their management of the situation and how board processes were run. In addition, from a regulatory perspective, there are questions whether the kind of penalty that has been imposed is commensurate to the events that unfolded. Clearly, none of the actors of the whole play have come out looking good.” he said.

The income tax department and the Central Bureau of Investigation have opened parallel investigations into the matter following the revelations in the SEBI order. The CBI, which had been investigating the co-location scam, has questioned Ramkrishna and Narain. Look out notices have been issued against them as well as Subramanian so that they will not leave the country.

The income tax department conducted raids on the premises of Ramkrishna and Subramanian to gather information on financial irregularities. Separately, the corporate affairs ministry is examining whether there were any violations in the appointment of Subramanian. 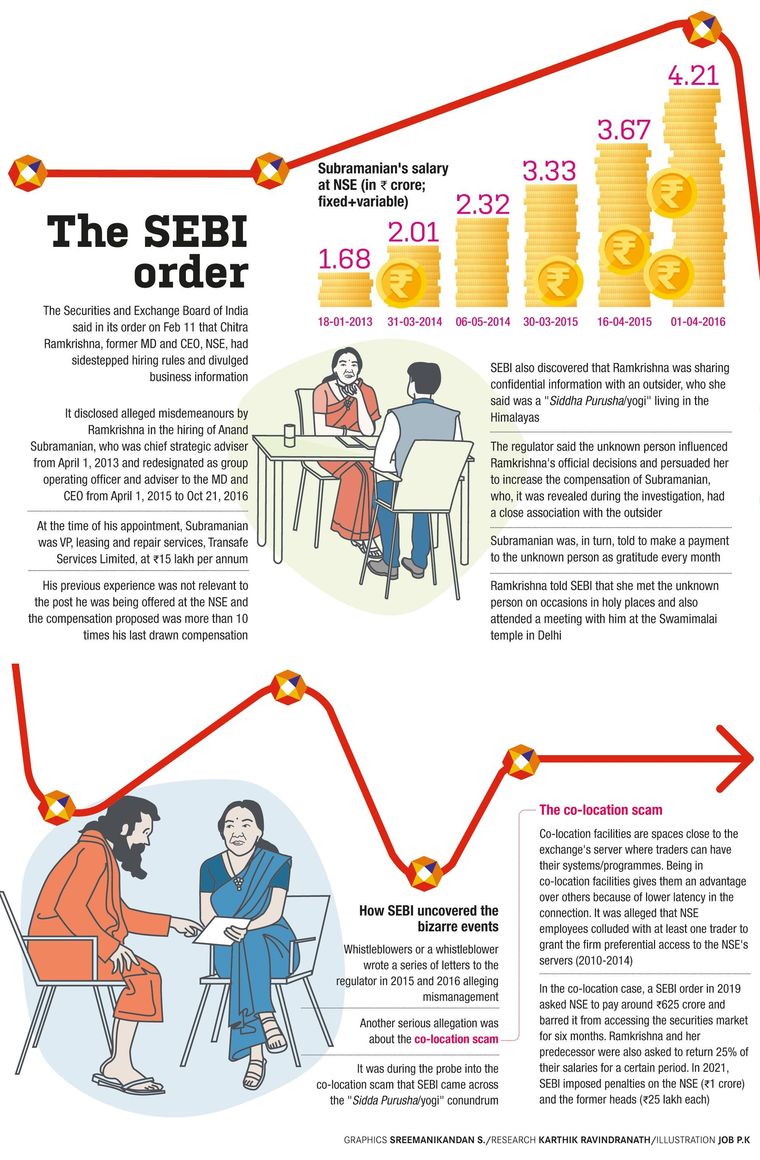