Will Maoists retaliate after the Gadchiroli operation? 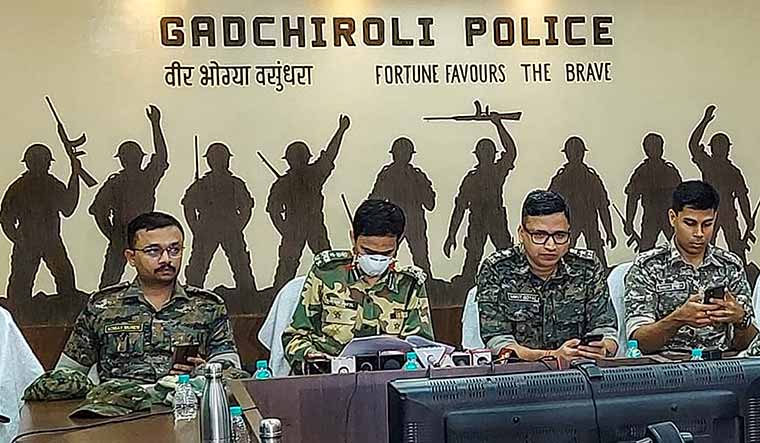 Heroic action: Gadchiroli sp ankit goyal (second from right) addresses a news conference with his colleagues on the operation against maoists | PTI

ON THE EVENING of November 11 Gadchiroli Superintendent of Police Ankit Goyal and his team received what seemed like routine intelligence input on Maoists. It said that a group of Maoists was moving from the Abujhmad region of Chhattisgarh to northern Gadchiroli in Maharashtra. Such sketchy intel is common in this Maharashtra district, plagued as it is by left-wing extremism.

Goyal, however, acted upon the intel. He asked Additional Superintendent of Police Somay Munde, an IIT alumnus, to lead a team of C-60 commandos and other policemen, into the Kotgul-Gyarapatti forests in north-eastern Gadchiroli's Dhanora subdivision, close to the Chhattisgarh border.

Munde and over 300 policemen set out on the night of November 12. They reached the dense forests in the early hours of November 13. In the hills near Mardintola village, they found signs where a large group had camped. Munde then asked his scouts to start searching.

Between 6am and 6:30am, the scouts came under heavy fire, as a group of 90-100 Maoists attacked them. “They fired to kill policemen and snatch away the arms and ammunition,” said a police officer from Gadchiroli. In the past, too, Maoists had camped in the area. This time, too, they had assembled for a brainstorming session ahead of “Naxal Week” observed by their party in December.

“The police asked the Maoists to surrender. But they responded with more firing, so the police engaged them,” said a senior police officer. What followed was a textbook jungle war which lasted close to 10 hours. The Maoists, who commanded the heights, held the advantage in the initial stages. “If you had seen the terrain, you would have understood that it is almost impossible to carry out an engage-and-encircle operation,” said Goyal.

The police said that Maoists lobbed grenades at the commandos using an under-barrel grenade launcher (UBGL) and fired indiscriminately with sophisticated weapons like AK-47s and INSAS rifles. Despite four commandos being seriously injured, the police refused to concede ground and kept pressing forward.

The firing that had begun at around 6am stopped only after 3pm when a group of Maoists fled into the thick forests near the Chhattisgarh border. 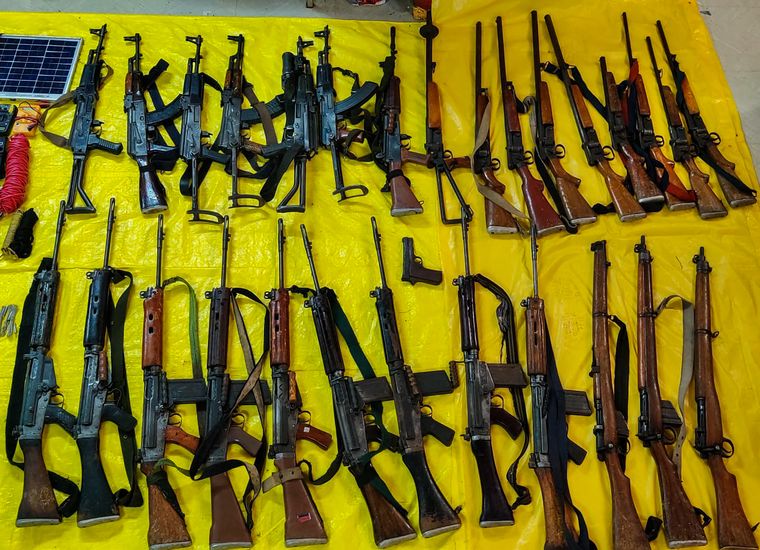 After the shooting stopped, the police combed the area and recovered 26 bodies and a cache of sophisticated arms and ammunition. The bodies were then taken to Gadchiroli; insurgents who were already in custody identified the bodies for the police.

It was then that the police realised that they had killed Milind Teltumbde, a top shot in the CPI (Maoist). Teltumbde, who had a bounty of Rs50 lakh on his head, was a party central committee member. He headed the Maoist operations in the Maharashtra-Madhya Pradesh-Chhattisgarh (MMC) zone. His bodyguards Bhagat Singh and Vimla, too, died in the operation. 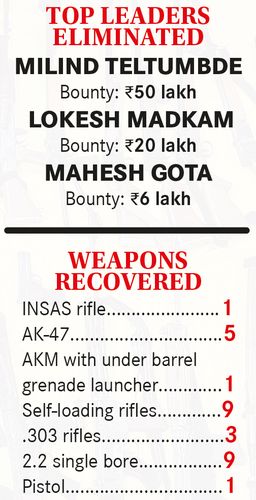 Civil rights activist and scholar Anand Teltumbde, who is currently in jail in the Bhima Koregaon Elgar Parishad case, is Milind’s brother.

“Teltumbde’s death is a huge blow to the Maoist network in Maharashtra,” said Goyal. Teltumbde left his native village in Maharashtra's Yavatmal district in the mid-1990s, after completing his education at a local industrial training institute. He was a union leader in Western Coalfields Ltd, one of the subsidiaries of Coal India Limited, for some time. Teltumbde was made a central committee member of the CPI (Maoist) in 2013. “Since 1984, he was a union leader,” said advocate Viplav, Teltumbde's nephew. “He left the house in 1996, which is when I last met him. He told the family that he was going to serve the poorest of the poor.”

Viplav added that he has doubts about the police action. “Twenty-six people were killed, but no policeman was seriously injured,” he said. “We will wait for the post-mortem report, inquest panchnama and other documents, and then decide our course of action.”

Teltumbde and wife, Angela Sontake—who was arrested in 2011—were instrumental in setting up an elaborate urban Maoist network in Maharashtra. Sandip Patil, deputy inspector general of police, Gadchiroli, said that Teltumbde was a Buddhist who enjoyed a sizeable following among dalits and Buddhists in the state. Patil added that Maoist units like Tipagad Dalam, Kasansur Dalam and the dreaded Company 4 participated in the shootout. “This operation has dealt a major blow to Company 4 that operates in northern Gadchiroli. It has killed almost 50 of our jawans since 2009,” he said.

The last time an operation of this scale had been carried out in the region was in April 2018, when 34 Maoists were killed in police action. Maoists had avenged that by blowing up a police convoy in May 2019, killing 15 police personnel and their civilian driver. Only time will tell whether Maoists will avenge the latest operation.

Police, meanwhile, are now busy collecting more information about Maoists who had escaped from the battleground. It is believed that two senior divisional committee members, Sukhpal and Prabhakar, were in the band that fled into Chhattisgarh.