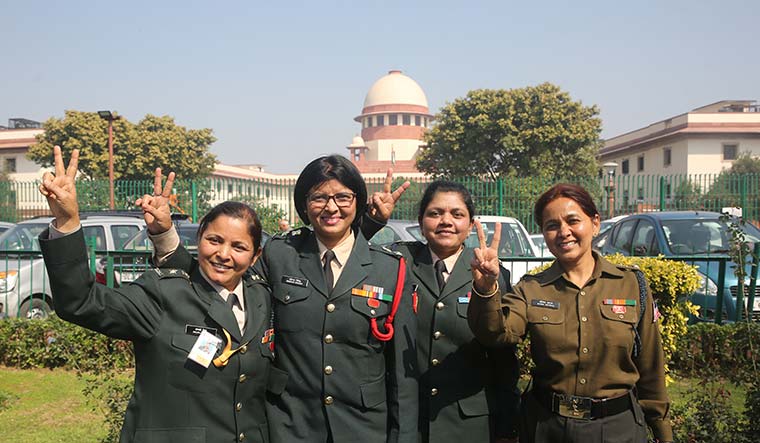 Fight for dignity: officers celebrating the february 2020 supreme court verdict that granted parmanent commission for women in the indian army

LIEUTENANT COLONEL Asha Kale of the Army Ordnance Corps was the first woman officer to be posted in Jammu and Kashmir on active counter-terrorism operations. She served in forward areas and was awarded a commendation card in 2020. Despite her exemplary service, she was denied a permanent commission in the Indian Army, which would have put her on the military’s promotion ladder. Lieutenant Colonel Navneet Lobana, too, has a similar story. She was the first woman garrison engineer in the Indian Army. She also raised a new unit in Udhampur and got an outstanding report for the same. But she, too, did not get a permanent commission.

And now, Lt Col Kale and Lt Col Lobana, along with more than 100 other women officers, have moved Delhi High Court challenging the Army’s “systemic discrimination” in selecting candidates for permanent commissioning.

For many years, women officers in the Army were allowed to join only under the short service commission (SSC) and could serve only up to 14 years. In a landmark judgement on February 17, 2020, the Supreme Court ruled that all women officers should be considered for command roles and are eligible for permanent commission.

“Getting permanent commission is our due, but we have to knock the court’s door every time,” said Lieutenant Colonel Ankita Srivastava, an officer of the Army Ordnance Corps. “The Army headquarters has always misinterpreted the court verdicts [to ensure that] female officers do not come anywhere closer to male officers.”

Two years ago, during his Independence Day speech, Prime Minister Narendra Modi had made it clear that women officers recruited under the short service commission would be allowed to take up permanent commission. After the apex court verdict in February last year, the Army conducted the selection board in November. Out of 615 eligible women officers, only 277 were granted permanent commission in the first lot; 147 more were approved after the court intervened in March 2021. Among the rest, the results of 72 women officers—who had crossed the cut-off mark of 60 per cent in the selection board—were withheld citing “weak” or adverse remarks in their annual confidential records. The officers claim that these adverse comments were never communicated to them by their superiors during service. Twenty-eight officers were found unfit as they scored less than the cut-off marks. Eighty-six officers voluntarily withdrawn from the race and five were rejected on disciplinary grounds. In July, the Army filed a clarification in the Supreme Court explaining the grounds on which the selection board had rejected the 72 officers.

Major Sudhanshu Pandey, counsel for the women officers in the Delhi High Court and the Supreme Court, said that the Army’s clarification had been dismissed by the apex court on August 2 for being devoid of any merit. The apex court had also asked the Army to consider all 72 officers in the further selection proceedings.

The Army headquarters is, however, trying to hoodwink the judiciary, according to the women officers. “These officers are now being kept under ‘suspended animation’, which has caused severe mental stress to them,” said Pandey. Calling it a deep-rooted prejudice against women officers, Pandey added: “Some army officials are trying to mislead the higher authorities to recommend rejection of permanent commission to these officers.” 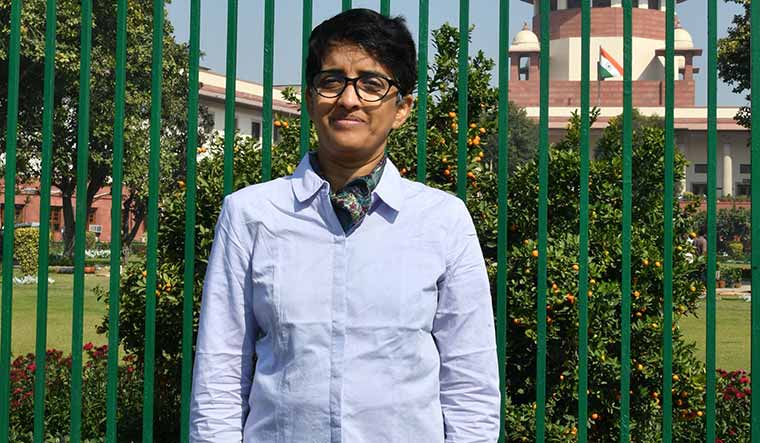 “We have given our prime to the Army. And, after serving the army for over two decades, now we are being told that we are not fit for permanent commission,” said a woman officer, requesting anonymity. “Then why did they make us serve for so many years? We were granted two extensions [one at 10 years and second at 14 years of service], applying those same policies and parameters.”

In a letter to Prime Minister Narendra Modi in August, Major Lekha Nair, a retired officer who is fighting gender inequalities in the Army, said the Army has displayed extreme disregard to the apex court’s verdict. Commander Prasanna Edayilliam, a retired naval officer who is at the forefront of the fight for women rights in the armed forces, said: “We should have a policy for women officers so that they can build their career at par with male colleagues.” She added that most of the wars in the future will be electronic and strategic, and women are capable of multi-tasking in various fields.

The Army headquarters refused to respond to queries from THE WEEK citing that the matter is sub judice.