We are not against any caste-based census 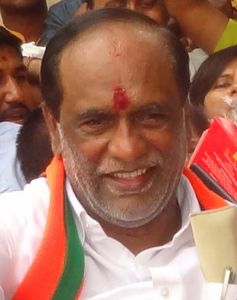 What is the message behind the government’s initiatives for the OBCs?

Prime Minister Narendra Modi has been focusing on people neglected for decades by the earlier rulers. The Congress was never in favour of OBCs, either for uplift or empowerment. In 1953, prime minister Jawaharlal Nehru set up Kaka Kalelkar panel (first backward classes commission). Dr B.R. Ambedkar pushed for adopting its recommendations, but it was not accepted.

Even the National Commission for Backward Classes was toothless, till Prime Minister Modi came to power. He passed the bill to give Constitutional status to this commission. The Congress and left parties opposed it in Parliament. After this, the reservation has been raised to nearly 22 per cent (of the mandated 27 per cent). Some gap is still there, it is being handled….

What new programmes will the BJP launch?

In Delhi, we felicitated 27 OBC ministers…as the Congress did not allow the prime minister to introduce his ministers in Parliament. We will take all these ministers around the country to show how the BJP is working for their cause. Now, 20 different communities are represented in the 27 ministers, primarily from extremely backward classes. Their community was never represented in governance…. We will take Union Minister Nityanand Rai not only to Bihar, but also to Uttar Pradesh and Telangana so that the entire community feels that our man in at the helm of affairs. The OBCs will play an important role in upcoming elections in five states.

The demands for conducting a fresh caste census are growing.

We are not against any data based on caste, but the question is how it will be possible and feasible, practically, technically and legally. The Central government will look into it. When the caste data had not been updated since 1931, why did the other governments not do it? When the UPA did caste census in 2011, why didn’t they publish it? What moral right do they (the Congress) have to ask us, when they remained in power for 50 years?

We are not against any caste-based census, but modalities have to be worked out. No government in the past has taken decisions for the OBCs, like what Modi did. We have a backward caste person as prime minister, but they (opposition) only think in terms of their family and dynasty.

During the Mandal Commission, it was said that the BJP tried to counter it with hindutva assertion.

When the Mandal Commission report was tabled in Parliament, it was Rajiv Gandhi who opposed it. He spoke for two hours. We were part of the government when V.P. Singh implemented its recommendations…. I have always said that even the poor from the upper castes should be given quota under economically weaker sections. This is what Modi did…. Modi has constituted Justice Rohini Commission or sub-categorisation of OBCs. He wants that even the last among the OBCs should get justice.

Can the BJP government’s OBC focus be called Mandal 2.0?

Modi thinks for the poor, marginalised and dalits. For the first time, there are 12 dalit ministers, 27 OBC ministers, 11 women and five from the minorities. For the Congress, minorities mean only Muslims. But we have ministers who are Sikh, Buddhist and Christian. This is called percolation of good governance—sabka saath, sabka vikas.