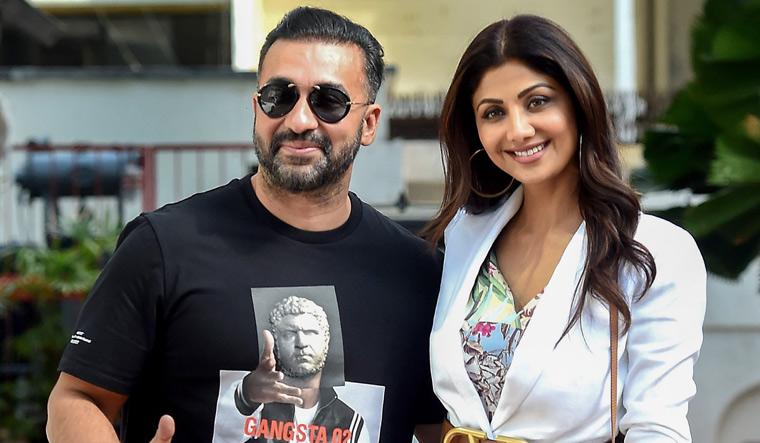 It all began in February when the Malvani police station in Mumbai got complaints from two small-time actors that they were lured into nude auditioning in exchange for a role in some web series. This was followed by a complaint to Maharashtra Cyber, the nodal agency for cybersecurity and cybercrime in the state, about some mobile apps streaming pornographic content. The Mumbai crime branch took over the case and arrested film director Tanveer Hashmi and Umesh Kamath, who was in charge of the India operations of a firm owned by British Indian businessman Raj Kundra.

Though a case was registered against Kundra in February itself, he was arrested only on July 19. The charges included the production and distribution of pornographic films and content via apps, notably a mobile app called HotShots. Ten other people, including his associate and IT head Ryan Thorpe, are in police custody, too. Kundra is also being investigated for an alleged attempt to bribe Mumbai Police to evade arrest.

Five days later, the police requested an extension of Kundra’s custody to investigate his financial links, including an alleged transfer of funds from a South Africa-based sports betting firm into his bank account and if the money he earned from selling pornography was used for online betting. The police told the court that the probe found that he set up Armsprime Media Pvt Ltd, which, through London-based Kenrin Pvt Ltd, bought the HotShots app to upload videos on social media. Kundra’s phone contained WhatsApp chats on Kenrin and its transactions. His brother-in-law Pradeep Bakshi, who is based in the UK, owns Kenrin.

In his defence, Kundra moved the Bombay High Court challenging his arrest, saying that the materials which the police claim to be pornographic do not “depict direct explicit sexual acts and sexual intercourse but shows material in the form of short movies which are lascivious or appeal to the prurient interest of persons at best.” His plea states that section 67A of the Information Technology Act (publishing sexually explicit content) cannot be invoked in the case. On July 28, a Mumbai court rejected Kundra’s bail plea. 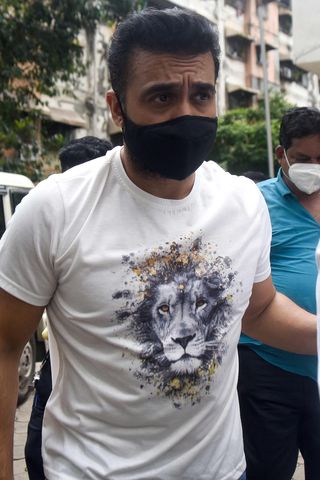 “There are two arguments here,” said cyber lawyer Debarati Halder. “One, whether Kundra indulged in erotica or pornography and two, whether either of those was practised with or without the consent of those who were participating in it. There is a thin line between erotica and pornography and the burden of proving it lies completely on the accused because the themes are subject to perception. But, while erotica can be a form of expression, pornography becomes problematic when it turns into a business and exploitation.”

Kundra is married to actor Shilpa Shetty. The Crime Branch raided the couple’s posh bungalow in Juhu and seized 48 terabytes of content. Shetty admitted that she knew about the app but “not its contents”, and even spoke in her husband’s defence that what he did was ‘erotica’ and not ‘pornography’. HotShots, she said, was not managed by Kundra but Bakshi. The app was earlier owned by Armsprime Media, and Kundra was its co-owner. It was sold to Kenrin for $25,000.

The police said money was being transferred from Kenrin’s bank accounts to 13 different accounts of Viaan Industries (owned by Shetty and Kundra) and subsequently to Kundra’s personal account. “The money was being transferred on the pretext of paying for software maintenance of the application,” said an officer. Shetty was one of the directors of Viaan Industries till 2020.

A number of actors have come out against Kundra, blaming him for exploitation. Model-actor Sagarika Shona Suman filed a police complaint on July 24 that she received several “abusive and vulgar” calls after she complained against Kundra. She had said that Kamath contacted her with an offer for a web show but asked her to take off her clothes during the audition. Actors Poonam Pandey and Sherlyn Chopra blamed Kundra for their entry into the adult film industry. Chopra was paid Rs30 lakh for each project and she has worked on 20 projects for Kundra. “I had filed a police complaint in 2019 against Raj Kundra and subsequently registered a case at the Bombay High Court against him for fraud and theft. This matter is sub judice, that’s why I will limit my statements but I have full faith in the police and the judicial process,” said Pandey in a video she tweeted after Kundra was arrested.