The campaign against the administration is run by Kerala 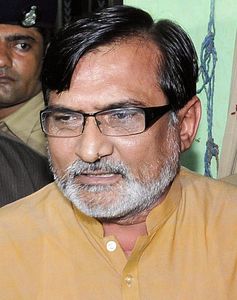 For more than a month now, Lakshadweep administrator Praful Khodabhai Patel has been in the eye of the storm. Lakshadweep residents, including several BJP leaders, are unhappy over a slew of decisions taken by his administration. Patel, a former minister of state for home from Gujarat and a close confidante of Prime Minister Narendra Modi, denies there is any “saffron agenda” in his decisions. And, the fears of the islanders are unfounded, he says.

Lakshadweep residents fear that their land will be taken away from them and given to outsiders in the name of development.

This is due to a lack of information on their part. Development authorities are necessary. We want to bring well-planned development to Kavaratti and other islands. Hence, the proposal to form a [Lakshadweep] Development Authority. The fears are unfounded.

Why not consult with local elected bodies and islanders?
The draft notifications have been kept in the public notice as per the rules. We received several objections. These objections were studied and then the proposals had been forwarded to the Centre. How would the objections come if they were not aware?

My understanding is that the opposition [to the proposals] has begun from Kerala. The Union territory is independent. The campaign [against the administration] is run by Kerala.

You have banned beef and aided the sale of liquor on an island group with a 95 per cent Muslim population.

Why is everything seen from a communal angle? It is to promote tourism. The permit for liquor is in resorts and for tourists. This has been clarified repeatedly.

What was the need to bring in the Goonda Act at a place where there is hardly any crime?
There is an international sea route. In the past, there have been instances of drugs, weapons and ammunition being caught. There have been cases of marijuana smuggling on the island.

If murders are not reported in a particular state, then would that mean that one would do away with Section 302 of the Indian Penal Code? What is the point in bringing in law after something happens?

Even the Lakshadweep BJP leaders are unhappy with your administrative measures.

I would not know much about the BJP as I am on a constitutional post. I am not aware of it.

What was the reason to do away with the mandatory quarantine in Kerala before coming to Lakshadweep?


Not a single case was registered in Lakshadweep until December 2020 as inter-state boundaries were closed. Thereafter there were time-to- time instructions from the Government of India to open inter-state borders.

The locals, too, [wanted to travel back and forth]. For the source of livelihood, they have to go to the neighbouring state. There is no alternative.

We have followed the standard operating procedures of the Union government. Some had an objection and went to Kerala High Court. The court upheld the Lakshadweep SOP with relaxed guidelines. Later a division bench rejected the petition [challenging the revised SOP].

Why have the rules been made stringent to airlift persons from one island to another?
There is nothing like this. From mid-May onwards, both sea and air travel get disturbed due to the monsoon. The all-weather vehicle is used to go from mainland to islands. These are the problems during the monsoon. Choppers can fly in clear weather.

The proposed changes would have been thought over for quite some time. Were central leaders consulted?

The question of consulting central leaders does not arise. We have sent a proposal. The decision to bring in a law, make changes or cancel it are taken collectively by looking into the local situation.

Will the changes harm the coral reefs and damage the ecological balance of Lakshadweep?

The face of Lakshadweep will change if we work in the field of tourism, coconut, fishing and seaweeds. We are working towards it. The Union ministry of environment [forest and climate change] has given clearance for the anchor projects. The people of Lakshadweep are very sober and good.

Share your vision of developing Lakshadweep and how it will benefit the locals.

It has been only four months since I took charge as administrator of Lakshadweep. I have visited the place four times. I have visited all the 10 islands that are inhabited.
There has been hardly any development after 73 years of independence. Taking this into consideration, we have done planning. The airstrip is only 1,280 meters long. If you want to promote international tourism, you need to increase the length of the airstrip. Currently, there is only one flight in a day and that, too, has a capacity of 50. It is an ATR aircraft. We have sent a proposal to the Government of India to increase the length of the airstrip and that is in the pipeline.

There are about 10.5 lakh coconut trees and these bear fruit nine times in a year. Unfortunately, despite so much production, nobody has taken special care. Had care been taken, local farmers would have benefitted much more, financially. We have had marathon meetings with Kerala’s Coir Board and have sought their support. We are looking towards setting up processing units in Lakshadweep.

According to scientists, the island can get a catch of one lakh metric tonnes, per year, of tuna fish. Currently, the catch is between 16,000 and 25,000 metric tonnes. It is a premium fish. It can get good rates in south east Asian countries.


It is unfortunate that for 73 years, the fishermen did not have facilities to freeze adequate quantities of fish. We have set up three storage plants of five tonnes capacity. We have been wanting to see that fish is directly exported. Only a couple of days ago, one tonne of fish was exported to Japan from Agatti via Bengaluru. The fishermen fetched three times the price. Japan is one of the biggest markets for tuna fish and we are trying to build a supply chain based on what Japan wants. The new set up will bring in a change in the lives of fishermen.

Lakshadweep is a place which can become the country’s biggest hub for the production of seaweed. A raft for this is in the making and the work will restart soon after monsoon. We will rope in women from the self-help groups and this would increase their per capita income.

With the help of Niti Aayog, we are working on three anchor projects in Minicoy, Kadmat and Suheli. Global tenders of these should be possibly out by July end and this would help in giving employment to the locals.

Till now there have been hardly any facilities for higher education in Lakshadweep. A polytechnic college has been planned in Minicoy. It will have streams of mechanical, marine, electrical engineering and hotel management. We have a shortfall of nurses and we get it from Kerala. We are starting a nursing college in Kavaratti from this academic session. We have introduced green and clean energy.
We are also upgrading hospital facilities at four places, including Minicoy and Kavaratti.

If national security was the concern, why not focus on the uninhabited islands?

Out of the 36 islands, 10 are habited. Out of the 26 remaining islands, from the reports that I have, I can say that six islands are almost submerged. On some of these islands we are planning tourism. We would not know the movements there. The Government of India has approved two seaplanes for inter-island connectivity.
Connectivity was so much of an issue there. In December 2020, the Government of India, at the cost of Rs 1,023 crore, approved submarine cable to enable good connectivity and network in the area in a bid to step up development.
We have asked the Indian Oil Corporation to put up retail outlets on the island. Why should the government manage oil and gas? It should be given to others.
Locals will get the benefit if development takes place in Lakshadweep.
What do I say when even Amul is opposed? Good pasteurised milk is opposed.
It is a development agenda. Wherever there are leakages, these need to be plugged. Such measures are double-edged swords.

Are there cows in large numbers in Lakshadweep?

There are 1,100 cow-owning families in Lakshadweep. There are bans on cow slaughter in many states. There are many such laws in different states of the country and this is one such. Take for example the mid-day meal scheme. Till now, beef was also served to students. Collector presides over the committee that decides on the menu. The idea is to provide nutrition. Now fish is being given. It has to do with nutrition and not the food habit. Beef has to be brought from the mainland.

Some say that we are saffronising it. If we were to do it, would we not have made it all vegetarian? There is no need to give colour to it.

The controversy is digital. What is the agenda behind the protest? They talk about the two-child norm [a law to disqualify those with more than two children from contesting in panchayat elections] but do not talk about 50 per cent reservation for women in elected bodies. Nobody is saying anything if the person has 25 children. The norm comes into force from the day the Act comes into force. Even Maharashtra has a similar Act.

Is there an order that a government officer should accompany every fishing vehicle?

Officers could have done the arrangement temporarily owing to security reasons. It is an administrative process based on the information received by the officers.

Mohan Delkar, former MP from Dadra and Nagar Haveli, mentioned you in his suicide note.

It is painful. The reason is that the incident itself is painful. But it is a fact that an FIR has been registered, naming the talati [village accountant], deputy collector, collector and law secretary.... My name is also in the FIR. The FIR is against the entire [administrative] hierarchy. I would not say anything as the matter is sub judice.