Vaccination should be free for all citizens 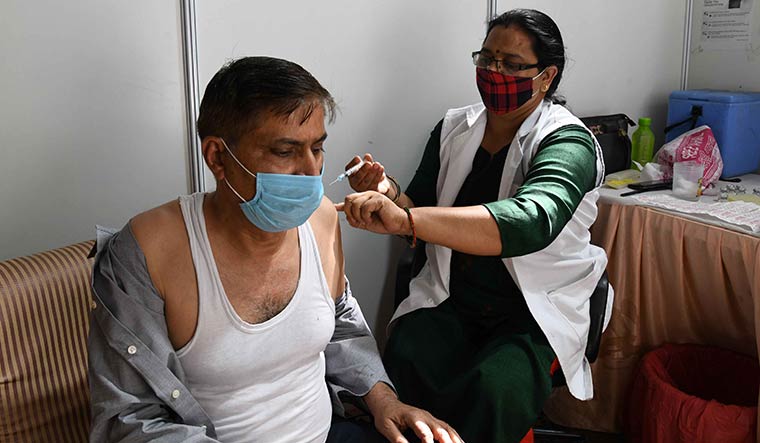 Shot in the arm: Vaccination under way at Maulana Azad Medical College in Delhi | Sanjay Ahlawat

His is a lone voice in the wilderness. As the debate over vaccine prices intensifies, Dr T. Jacob John says that vaccines should be given free. “Pandemic control is the responsibility of the Central government,’’ says the former director of ICMR’s Centre of Advanced Research in Virology. He attributes vaccine shortage to lack of planning. “Fail to plan and you have planned to fail.’’ says John, a retired professor and head of clinical virology and microbiology at Christian Medical College, Vellore. Excerpts from an exclusive interview:

Some people who were vaccinated still got infected. There is widespread concern about whether vaccines really work, especially on new variants.

There are three categories: (1) one-dose recipients; (2) two-dose recipients but within a week after second dose; (3) two-dose recipients, past one week of the second dose. The primary purpose of vaccination is to prevent disease and death. Vaccination does not protect against infection (unless hyper-immunised with more doses).Protection against disease has a spectrum: severe disease is prevented in almost all in the third category, irrespective of which vaccine, but mild or even moderate disease may occur in a minority. For prevention of moderate disease, Covaxin has an edge over Covishield. 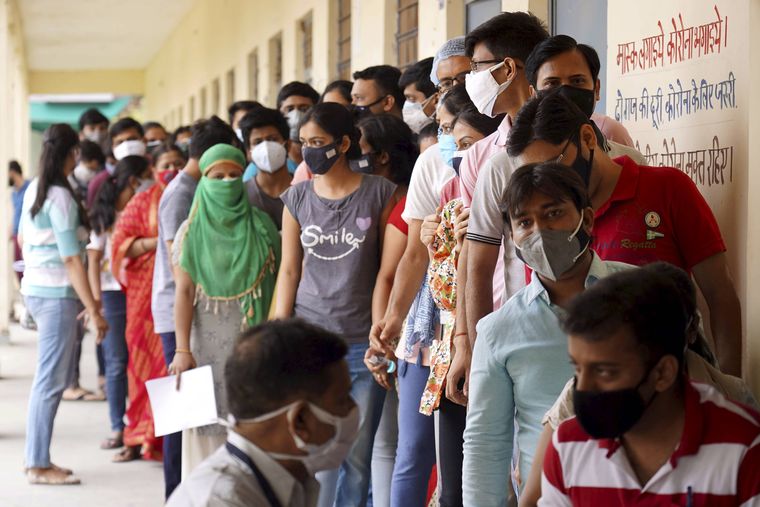 Jab applicants: People queue up at a vaccination centre in Ajmer | PTI

In general, most vaccines induce immunity to protect against most variants. But this should be tested―each vaccine against every mutant ‘variant of concern’ (UK, South Africa and Brazil variants, all widely prevalent in India) and the two recent ‘mutants of interest’ called in media as double mutant (B.1.617, rampant in Maharashtra) and triple mutant (B.1.618, widely present in West Bengal). There is information from South Africa that immunity induced by AstraZeneca vaccine has low or no efficacy against the South Africa variant, but barring that exception all other vaccines protect against all variants.

Should vaccination be made mandatory and free?

Mandatory vaccination is not advisable. On the other hand, vaccine access should be made easy and vaccine information given out widely. One Central registration (CoWIN) is contrary to principles of fairness and justice. However, there is no [doubt] that Covid vaccination should be [free for] citizens and families as long as the pandemic is still [there]. Pandemic control is the responsibility of the Central government. Vaccination is a part of pandemic control and national vaccination programme is a shared responsibility―all vaccine and syringe-needle cost to be borne by the Centre and all implementation by state governments using personnel and infrastructure. Asking companies to sell vaccines is unethical as the vaccines have only “emergency use authorisation” and are not registered (licensed) products that can be marketed.

Are the new variants more transmissible and potentially deadlier?

Yes, they are more transmissible than the parent virus called D614G. There are three variants of concern and two variants of interest causing the second wave. All of them have greater transmission efficiency than D614G.In the first wave, one million people were infected in a month but in the second wave one million are infected in a week. There is no evidence of these variants being ‘deadlier’. More infection will mean more deaths; that is what we are seeing now. There are also deaths by inadequate care facilities for Covid-19.

How is India’s second wave different from the first?

In terms of number of persons infected, the second wave will be about twice as big (20 million) as it ends, probably by end June, as against the first (11 million). The first wave was spread over 12 months, but the second will span three to four months. The onslaught of the second wave was so furious that the health care infrastructure could not cope; oxygen and drugs were depleted; makeshift oxygen management caused fires in some places. Altogether the second wave is far worse than the first. 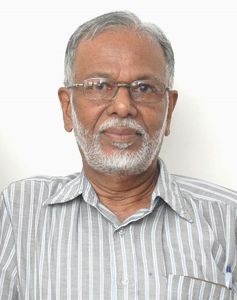 The economic damage of the first wave will turn out to be far worse than the second, and that is because of inefficient over-reaction by the government in the first wave and the policy-paralysis and virtual inaction during the second wave. These are only my opinions and not studied and quantified information.

Is SARS-CoV-2 likely to mutate and become a more deadly virus?

Mutations in the genome of this virus, a single-stranded RNA, are very frequent and expected, as biology teaches us. Mutations are errors of copying, hence not ‘purposeful’.  If errors are too many, the resultant virus will die off. If mutations change the biological properties just a wee bit, such that the mutant has an advantage of spreading faster than the parent virus, it will spread faster than its parent. The change could result in higher virus load in nose and throat.   Another change could be higher or lower virulence.
No mutation can change the virus into a new species.  When a ‘new’ virus is spread among humans, the natural tendency is for the virus to better adapt to humans – which means more efficient transmission and, in the process, in the long term, less virulence.  The mutant virus has no biological advantage of killing more hosts.  So ordinarily mutations do not produce a more deadly virus.

How did the coronavirus originate? Is it lab-made?

The SARS-CoV-2 genome sequences are very complex and most unlikely to have been lab synthesised.  As of today, in the known world of virologists, no lab has the ability to construct such a virus. On the other hand, it is very closely related (96 per cent identical) to a bat virus isolated in 2013 in Yunnan in China, named RaTG-13, proving that the two have a common ancestor virus.  Recently, another bat virus detected nearly a decade ago in Cambodia was found to be very closely related to both of them.  The inevitable conclusion is that it is a bat virus.  How it jumped host species to humans is not known.  After thorough investigation by WHO experts, we know that the possibility that it could have been accidentally leaked in a virus laboratory to a worker and thereafter to others cannot be ruled out.  Since the Chinese are so reticent to reveal what they know, a laboratory accident is the best guess as to the origin of human infections.

Your views on vaccinating those over 20 years in hotspots to contain the spread made headlines. However, it does not seem feasible, given the shortage of vaccines.

The point of my opinion is that vaccination can be a powerful intervention for two broad purposes and the government must balance the two and prioritise the ‘tactics’ of vaccination. Is it not foolish to have the weapon but not know the target to fire?
As for shortage, is it not obvious that vaccines and their volumes are under human control and both are therefore ‘man-made’? Vaccine shortage is due to lack of planning. Fail to plan and you have planned to fail…. Think of all those above 65 who have died of Covid-19 in April 2021, while we had promising vaccines available in November-December 2020. Is this not a tragedy of our own making? Rules are made for a purpose. When a rule obstructs the purpose, a neutral agency, such as a Task Force, should make a decision....
The two broad purposes of vaccination are: one, protection of individual lives (medical prevention) and two, curtail the spread of disease (public health control of disease). In April 2021, we saw that vaccination was not purposed for either objective. When we see fast spread in some places, some style of “ring vaccination” could slow the spread within and outside such places. But who is competent to design innovative approaches, especially in a milieu where purity of intentions do not match up with competence to design ring vaccination and to monitor its success or failure?

Did vaccinating those above 45 help in infection control?

If we know that virus transmission is driven by those above 45, then this approach will work. But, are not those below 45 also links in the chains of transmission?  Where did the cut-off of 45 come from? Many have asked me if that cut-off was to protect libido in the male and to avoid vaccinating menstruating women. Having said that, if a big majority of those above 45 were vaccinated, surely the virus spread would have slowed down, because we know those above 45 are also links in the transmission chains. A rough calculation tells me that they constitute only 30 per cent of total population. Thus, age cut-off of 45 does not make sense for infection control, but it is appropriate for death-prevention because it would cover all senior citizens and most with comorbidities.

How long do Covid-19 antibodies last in your body once you get infected?

When we say antibodies, remember it is not one entity, but a mixture of several entities. Even against spike protein, some antibodies are against a specific region (epitope) such as S1 or S2 or RBD (receptor-binding domain, but no other epitopes). Some antibodies are against ‘matrix protein’ and not against spike. Vaccine manufacturers use ‘virus neutralisation’ antibody assay that is not available commercially. In general, antibodies are known to wane with time, about 50 per cent in six months, but neutralising antibody seems to survive longer. T-cell immunity, important for disease-prevention, is quite long-lasting, but there is no easy test for it. With vaccination we can ‘manipulate’ immune response and even hyper-immunise, if the vaccine biology permits.

When will life return to normal? How long will we need to wear masks?

That is more an emotional and philosophical question than all the others. We need cultural leaders and philosophers to guide us back to the so-called “normal life.” But in India, only religious differences, party politics, cricket and cinema seem to be valued but not philosophy and not even science with its truth-seeking nature.  It seems as a culture we do not value even the morality of justice and equity.  You can check on the numbers of persons of various categories who are given national recognition and awards. Are scientists celebrated in India?  So, I keep asking myself: Do we want to go back to the pre-pandemic lifestyle and world-view or have we learned some lessons on life, society and values that enable us to design a better style of living?

As for mask-wearing, look at Israel -- once infection is controlled with a national vaccination programme covering the majority, we can go around showing our faces and seeing the faces of others.

Election results are out; was it worth the huge losses of life due to the second wave?  If the very government appointed to protect citizens turns against citizens’ best interests, we have no haven of protection to hide in.