DRDO to become leaner and more focused on futuristic technology 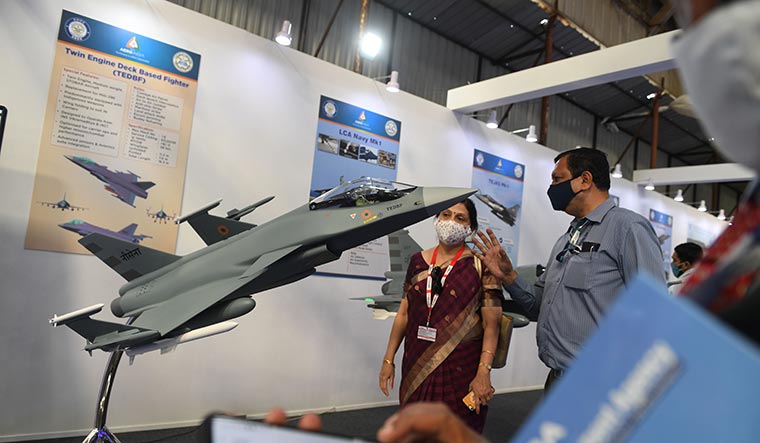 ON JULY 14, 2017, Uttar Pradesh Chief Minister Yogi Adityanath was scheduled to present his government's first budget in the assembly. Suddenly, alarms were raised when a loosely wrapped paper packet containing about 150gm of white powder was found on the premises. Multiple forensic agencies said that it could be PETN (pentaerythritol tetranitrate), a powerful plastic explosive.

Soon, sleuths from the National Investigation Agency flew in, gathered samples and sent it to the Defence Research and Development Organisation's Laser Science and Technology Centre (LASTEC). Within hours, LASTEC gave its analysis; the powder was harmless. Founded in 1958, LASTEC is the DRDO's mother lab—more than 15 defence laboratories were born as its sub-projects.

LASTEC was working on everything from laser dazzlers for mob control to high-powered lasers that can take out aerial threats. It was also in charge of India's 'Star Wars' project (Project Aditya), which was based on directed energy weapons. But, LASTEC was closed down last November in line with the DRDO's new makeover plan.

Major changes are afoot at the six-decade-old research organisation. Going forward, the DRDO is aiming to focus on high-end and futuristic technology for air, ground, maritime and space systems. This means offloading “redundant” tasks, which academia or industry can do.

The unprecedented shake-up is the outcome of recommendations by a committee headed by V. Ramagopal Rao, director, IIT Delhi. The committee included S. Somnath, director, Vikram Sarabhai Space Centre; Air Marshal Sandeep Singh, deputy chief of air staff; Samir V. Kamat, director general, Naval Systems and Materials, DRDO; and Benjamin Lionel, director, Instruments Research and Development Establishment (IRDE), DRDO. The committee was set up in August 2020 and reviewed the charter of duties of DRDO laboratories and suggested steps to redefine the system for “current and futuristic defence and battlefield scenarios”. Part of the recommendations dealt with minimising overlap among laboratories.

“Contactless warfare” has already been recognised as the future of conflict. A senior Army officer pointed out that Saudi Arabia’s advanced air defence system failed to stop cheap, low-flying drones and cruise missiles launched by Houthi rebels based in Yemen against an Aramco facility.

India is among the world's top five defence spenders, but it puts little focus on advanced or futuristic technology. Military analysts say that most of India's defence manufacturing achievements are limited to outdated tanks, guns, helicopters and weapon platforms, or the setting up of manufacturing units to make foreign weapons after a technology transfer. Moreover, despite its network of 52 laboratories across the country, the DRDO has often faced criticism over delayed projects, missed deadlines and huge cost overruns. Defence scientists have received flak not only from the military, but also from parliamentary panels and the comptroller and auditor general.

Dr William Selvamurthy, a distinguished scientist who served as chief controller, research and development (life sciences and international cooperation), at DRDO, said that the changes were the need of the hour. “In view of the emerging trends and technology and looking towards futuristic technology, performance of the scientific community also has to be geared up,” he said. He added that, for the first time since its inception, the DRDO was reinventing itself into a consolidated unit. Selvamurthy also said that managing a network of 52 labs was challenging.

The Defence Terrain Research Laboratory (DTRL), LASTEC, System Analysis and Modelling, and the Advanced Numerical Research and Analysis Group are no longer functional as independent entities. The DTRL, which provided geospatial solutions and terrain intelligence to the armed forces, and the Chandigarh-based Snow and Avalanche Studies Establishment were combined to create the Defence Geological Research Establishment. The new entity has now been tasked with providing an assessment of the flash floods that devastated Uttarakhand earlier this year. The LASTEC team was divided between the Centre for High Energy Systems and Sciences, and the IRDE.

Considering the changes, it seems that the DRDO is looking to follow the DARPA model in the US. DARPA (Defense Advanced Research Projects Agency) was created in 1958—the same year as the DRDO. Its principle, according to its website, is that the US should be “the initiator and not the victim of strategic technological surprises”.

Lieutenant General D.S. Hooda, who was Northern Army commander during the 2016 surgical strike, said that the annual DARPA budget is around $3 billion, while the DRDO gets close to $2.5 billion. Then, why does DARPA accomplish so much more than the DRDO, he asked. “To my understanding, the majority of the DRDO budget goes into running these large number of laboratories,” he said. He added that DARPA is merely a funding agency with no laboratories or research staff; all research is contracted to universities, industry and government R&D institutions. “On the other hand, the DRDO has around 30,000 employees, of which only 30 per cent are scientists,” he said.

He added that while it may not be easy to emulate the DARPA model at this stage, the DRDO should at least get rid of some of its ongoing tasks (like labs producing food). “Focus should be on high-end technology, artificial intelligence, robotics and high-end communication technology,” he said. In a report to the national security advisory board in 2018, Hooda had recommended forming a directorate of future technology with scientists and military officers on board. Recently, the DRDO directed all its technology clusters to create a dedicated team of scientists with a mandate to focus only on futuristic technology in their respective departments.

Defence scientists claim that for several years, the DRDO was mandated to meet the immediate demands of the armed forces. This left hardly any money to focus on future technology. Ravi Gupta, a former defence scientist, said India's spending on defence research has been low, while countries like the US spend close to 15 per cent of their defence budget on it. “We were mandated to indigenise existing military platforms,” Gupta said. He added that as technology progressed, quite a few areas within the DRDO overlapped and work got duplicated.

There have been other attempts in the past to restructure the DRDO. Notably, the P. Rama Rao Committee had in 2008 recommended that the DRDO concentrate only on “core technology” of “strategic importance” instead of venturing into making juice, mosquito repellent, titanium dental implants and so on. The committee had also suggested making the DRDO a leaner organisation.

Looks like the 2020 committee has finally got through. It remains to be seen how this rather late orientation towards futuristic technology will play out for the DRDO. Apprehensive about the restructuring, a senior defence scientist said the effectiveness of the exercise would depend on whether it is a mixture or a compound (a mixture does not lose properties of its constituents). "To my understanding, it should be a compound," he said.