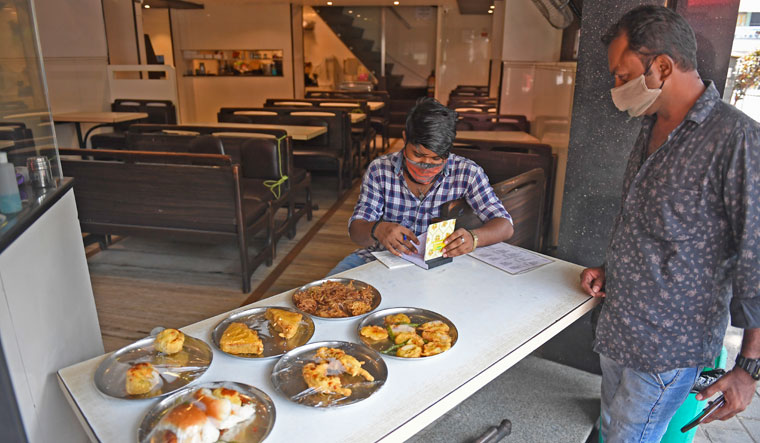 Fear factor: Restaurants in Mumbai have been closed for sit-in dining | Amey Mansabdar

Girish Nayak’s restaurant in the coastal town of Vasai, near Mumbai, had just got out of the trouble caused by the pandemic and lockdowns. Now a fresh round of restrictions, owing to the spike in Covid-19 cases in Maharashtra, has forced him to close the eatery. And Nayak is not sure if he will be able to survive this one. “A major chunk of the business is through walk-ins,” he said. “When customers come in, they order more. We are losing 80 per cent of our income.”

Many shops that closed during the lockdown last year never returned to business. Retailers say many more will go the same way this time. “There has hardly been any support for retailers,” said Kumar Rajagopalan, CEO of Retailers Association of India. “The last time, the Maharashtra government charged all the taxes that it normally does on property. Electricity companies levied the minimum charges on all. It is once more the same issue; no one wants to address the problem of fixed costs, but they are willing to stop your revenue.” A lot of money is also invested as working capital and with stores suddenly shut, many are staring at a liquidity crisis.

“Because of last year’s lockdown, traders across the country had lost considerable business and they have not been able to overcome that. If a lockdown is imposed again then it is going to wreck the fundamentals and cause great inconvenience to the trading community,” said Praveen Khandelwal, secretary-general of the Confederation of All India Traders. CAIT estimates a one-month lockdown in Maharashtra will cause a business loss of around Rs1 lakh crore. If a pan-India lockdown is imposed, the business loss could be Rs6 lakh crore.

Various forecasts predict India’s GDP to grow between 10-13 per cent in the year ending in March 2022. However, economists say the new spike and the restrictions are bound to have an adverse impact. While the services sector will be the most impacted, it will have a cascading effect on other sectors, said Rajani Sinha, chief economist and national director at the consulting firm Knight Frank. “People will get unsure and the overall consumer spending will get impacted. Businesses would again get unsure of what the future holds in store. They will hold back their investment and spending plans,” she said.

There are already signs of a slowdown. India’s factory activity (the Nikkei Manufacturing Purchasing Managers’ Index) in March was 55.4, compared with 57.5 in February. “With the second wave, there would be an impact on the GDP of FY22. How severe it is will depend on how much time the government takes to control the spread of infection in key states,” said Sinha.

The pandemic has had a huge impact on jobs. The Centre for Monitoring Indian Economy estimates the loss of jobs in non-farm sectors between February 2020 and February 2021 at 11.6 million. A fresh round of lockdowns could make this worse. “Tourism had started picking up, hotels were showing high bookings. All this is going to drop relatively, although may not completely,” said Sinha.

The impact of a lockdown on the unorganised sector will be more severe. Many migrants in Mumbai have already returned to their villages. “There is a network of these workers,” said Nayak. “If a few decide to go, you will see an exodus back to their villages.”