BrahMos is ready to meet all export requirements 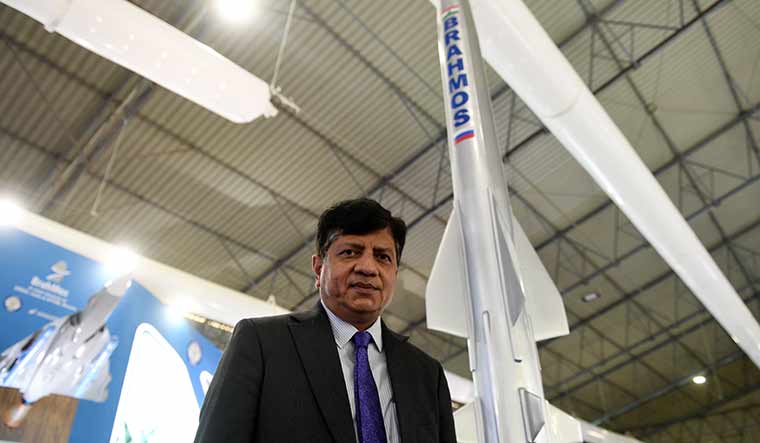 Defence exports worth $5 billion by 2024. Is it realistic?

Looking at the maturity of our defence technology, this goal seems quite realistic and is also the need of the hour. The government is very proactive on the defence exports front. And I firmly believe that now is the time when 70 years of investment in defence R&D should be paid back. As defence scientists and technologists, we can repay our nation with indigenous technology development, revenue generation and employment creation. The $5-billion export target would encourage the Indian defence and aerospace industries to gain entry into newer markets for their long-term, sustainable growth prospects.

To achieve this target, what support are you getting from the government?

The government’s main objective here is to facilitate defence exports. Some time ago, our defence attaches [had been instructed] to be proactive on the military exports front. As a result, we are getting several inquiries about our weapon systems and their export potential.

If we look at manufacturing, a huge capability has been created in the defence technology sector. These manufacturing capabilities need to be completely exploited to create wealth and generate employment. It would lead to next generation technology development within the country.

How does BrahMos Aerospace fit into this?

Defence sales are mostly government-to-government business, and hence, it is a prerogative of the government to find out whom to export to or with which nation we can negotiate. This is because export of defence products is often a strategic decision. So, we are completely aligned with any such thinking of our government. BrahMos Aerospace is fully geared to meet all export requirements even while fulfilling the needs of our armed forces, as we have a robust manufacturing capability.

I also feel that for the first time, we are being greatly encouraged by our government to actively take part in national and international defence exhibitions. While doing so, we are learning the tricks of [defence] trade and export.

Will the export version of BrahMos be different from what our armed forces are using?

Every nation has its own defence strategy. So, it solely depends on the customer on what kind of system it wants. There cannot be anything superior or inferior.

Could you share some of the future plans of BrahMos Aerospace?

Last year, we came out with a new version of BrahMos that is designed for coastal security. It is a shore-based weapon system and the Indian Navy has taken approval from the DAC (defence acquisition council) to deploy this system to safeguard India’s vast coastlines. BrahMos is reinventing itself almost every year by coming out with different versions to meet the requirements of the Indian armed forces. Looking into the future, we believe that BrahMos can be re-engineered and with reduced dimensions and other features, we can develop the BrahMos NG (next-generation) version. This NG can be integrated into the Light Combat Aircraft and the Advanced Medium Combat Aircraft (AMCA) as well as on other platforms like the MiG-29 and Sukhoi-30. In a few years, we hope to come out with a hypersonic missile which will be able to travel for longer distances and longer duration as well.

Please throw some light on capabilities of BrahMos

BrahMos is a supersonic cruise missile with a range of 290km. We have developed (variants). It can be launched from sea, sub-sea, land and air. We can launch it against land and ship targets. BrahMos has become the most trusted weapon in the Indian military’s armoury. It has the capability to destroy a target as large as a frigate. BrahMos has validated its immense destructive potential several times during a series of successful test firings conducted by the armed forces last year.