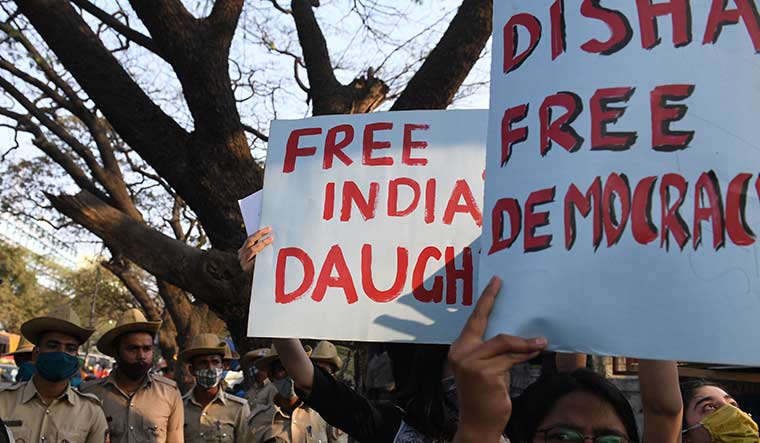 It was a tweet by Swedish teen climate activist Greta Thunberg in support of the ongoing farmers’ protests in India that landed 22-year-old Disha A. Ravi, a Bengaluru-based climate activist, in the police net. The Delhi Police picked up Disha from her residence in Soladevanahalli, north Bengaluru, on February 13, suspecting her role in creating and sharing the “toolkit”(a document with campaign information) that Thunberg shared on February 4.

The cyber cell team of the Delhi Police alleged the toolkit had exposed the conspiracy by an organised overseas network to “instigate”the farmers’protests—especially the storming of the Red Fort on Republic Day—against the three farms laws passed by the Centre. They said it was created by Canada-based pro-Khalistani organisation Poetic Justice Foundation and it had an “action plan”for a digital strike and a call for physical protests outside Indian embassies and local government offices.

Four Delhi cops in plain clothes arrested Disha and took her to Delhi. Disha was remanded to police custody for five days by the Patiala House court. She denied being part of any conspiracy, and said that she was only supporting the farmers. She said she had made only two edits to the toolkit, but was not the creator of the document.

According to Delhi Police, Disha shared the toolkit with Thunberg on Telegram, and asked her to “act on it”. Later, she asked Thunberg to hold it back as their names were on it and they might get booked under the Unlawful Activities (Prevention) Act. “The call was to wage economic, social, cultural and regional war against India. In this process, they all collaborated with pro-Khalistani Poetic Justice Foundation to spread disaffection against the Indian State,” said the cyber cell in a series of tweets. 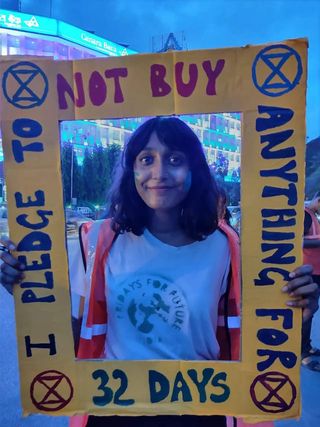 On the day Thunberg had tweeted the link to the contentious toolkit, the Delhi Police filed an FIR against the creators of the toolkit on charges of sedition, criminal conspiracy and promoting hatred. The police have procured a non-bailable warrant against two other activists, Shantanu Muluk and Nikita Jacob, who are part of the alleged conspiracy. Both Muluk and Jacob had attended a Zoom meeting organised by PJF on January 11 and the founder of PJF Mo Dhaliwal had contacted them, too, alleged the police. The duo moved court, seeking interim protection from police action.

On February 16, the Aurangabad bench of the Bombay High Court granted a 10-day transit anticipatory bail to Muluk, giving him protection from arrest by the Delhi Police. The next day, the court granted transit bail for Jacob, too, for three weeks.

In Muluk’s plea, accessed by THE WEEK, the 34-year-old resident of Maharashtra’s Beed district sought bail on the grounds that the Delhi police had stationed itself in his hometown for three days and seized several materials. The application also mentions that Muluk “is one of the founder members of XR India, an environment-centric platform which joined the farmers’ coalition and displayed the information regarding the ongoing protest”. His contention was that he is innocent and was only extending his support to the farmers who were the actual dissenters. Speaking to THE WEEK, Muluk’s advocate Satej Jadhav said that the application mentioned that it would be destructive for Muluk’s life and family to carry a false blot of being an anti-national and requested for bail for the purpose of engaging a lawyer in Delhi to seek appropriate relief.

On the same day, senior advocate Mihir Desai argued for 29-year-old Nikita Jacob’s transit bail. In her plea, Jacob states that she has “no religious, political or financial motive for researching or editing or circulating communication packs/toolkits for raising awareness, let alone to incite violence, riots or cause other harms”. Jacob, in her petition, expressed apprehension that under the guise of investigation she might be arrested in a “false and frivolous” case and a media trial. 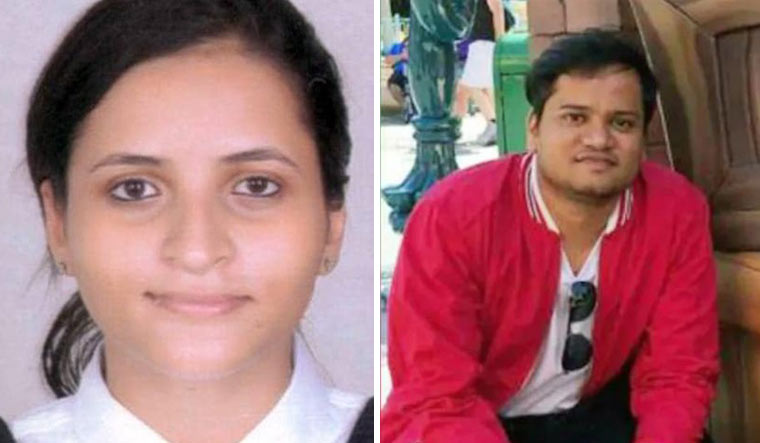 In the loop: Shantanu Muluk and Nikita Jacob

Jacob has been vociferously leading environmental causes in Mumbai and is a member of Extinction Rebellion, a global community of climate change activists. Muluk, an aerospace engineer, quit his job last year to research social ecology and focus on the drought-prone Vidarbha and Marathwada regions. While Muluk has been named by the police as the ‘owner’ of the document shared by Thunberg, the other two have been named as ‘editors’.

Thunberg’s tweet had set off alarm bells in the Delhi Police cyber cell, which has been monitoring social media 24x7, especially since early 2020 when the Citizenship (Amendment) Act protests turned violent in the capital. The Delhi riots were followed by the farmers’ protests in September, which peaked on January 26. Multiple agencies have been active on social media to counter what they call the “proxy war” on the country.

According to police sources, vulnerable sections of the society like activists, journalists, think tanks and NGOs are being targeted by spy agencies like the Pakistan intelligence agency ISI, Khalistani separatists and other anti-national forces. Which is why social media tools like texts and tweets that have embedded links or use words like “war”or “terror” have caught the attention of cyber sleuths.

Investigating agencies, who have probed the genesis of the toolkit, say they have found a global network of Khalistani operatives backed by the ISI, unknown faces like activist Peter Friedrich and known yet forgotten Khalistani operatives like Bhajan Singh Bhinder alias Iqbal Choudhury. Friedrich has been traced to Malaysia, while Bhinder is learnt to be operating from the US. What is common is that both are alleged to be involved in the decades-old K2 (Khalistan and Kashmir) conspiracy of the ISI.

According to security agencies, Bhinder was associated with Lal Singh, who was allegedly involved in a conspiracy to assassinate former prime minister Rajiv Gandhi in 1985, during one of his visits to the US. At that time, the FBI had raised an alarm over his activities. Lal Singh had plotted other assassinations of top political leaders in Punjab and was arrested in 1992.

Indian agencies have been alerting their counterparts in the US about the continuing militant Sikh activities in India originating from US-based Sikh extremist organisations. India is looking for more cooperation from US authorities to unearth the foreign links to the latest conspiracy involving the toolkit.

Whether Disha and others were directly part of the conspiracy will be a matter of investigation. The police said Disha was connected to Muluk and Jacob through a Puneet, who is based in Canada. The reason why Disha sent the toolkit to Thunberg will also be probed.

Disha’s arrest, on the other hand, has triggered widespread outrage in the country. Climate activists, students, academics and politicians including Shashi Tharoor, Sitaram Yechury and Arvind Kejriwal are demanding the immediate release of the activist.

The Samyukt Kisan Morcha (SKM), an umbrella body of farmers’ unions, has also condemned the arrest and demanded her immediate release. The Coalition for Environmental Justice, a climate group in India, dubbed Disha’s arrest an “extra-judicial abduction” and alleged the arrest had violated all norms laid down by the Supreme Court for arrests and detentions. The NGO Campaign for Judicial Accountability and Reforms (CJAR) issued a statement that Disha should have been produced before the competent court in Bengaluru for obtaining transit remand as she was being moved between states.

The Delhi Police has denied any excesses on its part, saying that the right procedures were followed during her arrest and that the law “does not differentiate between a 22-year-old and a 50-year-old”.

Disha Ravi, a graduate in business administration from Mount Carmel College, launched the Bengaluru chapter of Fridays for Future—a climate campaign launched by Greta Thunberg in August 2018—along with two friends on March 15, 2019.

In a conversation with THE WEEK in January 2020, Disha had recalled how the movement for climate justice started in India with youth networking on the internet, planning climate strikes, holding awareness programmes at schools and colleges and involving in clean-up drives and tree plantation.

“What was striking about our campaigns is the encouraging response of the younger generation, when adults were in denial of climate change,” said Disha. “If school students were concerned about their future, many young professionals took up greener (sustainable) jobs as they did not want to indirectly contribute to environmental degradation. It has inspired many others to make lifestyle modifications.” Disha works for Bengaluru-based Goodmylk, a vegan milk enterprise that also produces plant-based food.

An advocate for minimalism, Disha and her friends are against hyper consumption, which she noted leads to over-utilisation of resources and increases waste generation. Her love for everything “local” was cultivated much before Prime Minister Narendra Modi’s call to go vocal for local.

It was not just Thunberg’s climate strike that inspired Disha to be a climate activist, but her life experiences, too. Her house in Bengaluru had seen flooding during heavy rains, like most low-lying areas in the city. Additionally, her roots in a farming family sensitised her to the perils of climate change.

“My motivation to join climate activism came from seeing my grandparents, who are farmers, struggle with the effects of the climate crisis,” said Disha. “At the time, I was not aware that what they were experiencing was the climate crisis because education about the climate is non-existent in this country. Millions of people are affected by the crisis every single day but there is no action. We, the youth, will take action, we will unite and organise for a just and equitable future.”

Last September, when Disha was one of the four activists of colour featured in Vogue magazine, she told them: “The fact that you would choose to listen to a white person on the same issue rather than a person of colour is environmental racism.”

Interestingly, FFF in India has had several run-ins with the government in recent times. In July 2020, FFF along with Let India Breathe and There is no Earth B, led a campaign against the draft bill of the contentious Environment Impact Assessment notification and asked citizens to send emails to Union Environment Minister Prakash Javadekar demanding withdrawal of the draft. The websites of FFF were blocked and the Delhi Police sent notices to the domain hosts of the website, because of its “objectionable contents, unlawful activities or terrorist act that threatened the peace, tranquillity and sovereignty on India”. The police had invoked the Unlawful Activities (Prevention) Act and sent FFF a notice under the Information Act for sending “too many” emails to the minister. Both were later withdrawn.

“Only a government that puts profits over people would consider asking for clean air, clean water and a liveable planet an act of terrorism,” Disha had stated in an interview with Auto Report Africa.

Inspired by the likes of primatologist Jane Goodall, who spent 25 years in the jungles of Asia and Africa studying chimpanzees, Disha hopes to build a career in ecological conservation and restoration, and to bring all the people affected by climate catastrophes on a common platform, say her activist friends. But her arrest has certainly jolted social activists and college students alike as they see it as the state’s bid to crush dissent.