Interference can be seen as timely intervention, too 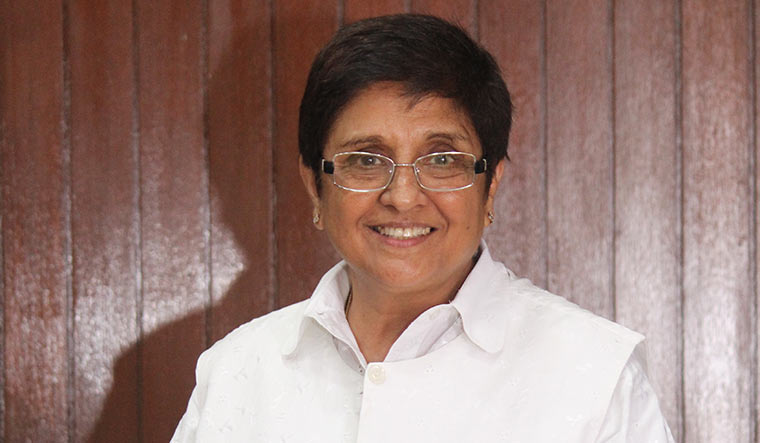 IN HER FIVE-YEAR tenure as lieutenant governor of Puducherry, Kiran Bedi has been constantly at loggerheads with the government. Elected representatives have accused her of interfering in issues of governance. Bedi, however, says that what is seen as interference can be termed as timely intervention. Excerpts from an exclusive interview:

You have been a proactive lieutenant governor, but that has led to allegations of interference in governance.

As per the Constitutional provisions, the lieutenant governor is an administrator with clearly assigned legal responsibilities. Besides service and policy matters, she is the head of the consolidated fund of Puducherry, which makes the position responsible for the financial health of the Union territory.

The political establishment has been selective, in the past and present, on the Constitutional role of the lieutenant governor, hence the allegations. What is [seen as] interference can also be termed as timely intervention.We must know that due to political compulsions, certain tough decisions cannot be taken by elected representatives, as it impacts [their] constituencies. But the same constraint does not loom large on the administrator. Hence, the lieutenant governor’s office can be decisive in people’s interest.

An MLA once came up to me and said, “Madam, it is good what you are doing, as we could not have done this politically. Please do not mind our opposition to it in public, as we have our compulsions.”

For many of them, it is taking one stand in public and another behind the scene. Whereas the lieutenant governor’s office goes by the law and the rules of business.

Chief Minister V. Narayanasamy sat on a dharna against you.

They called it off. There was an outcry from people over the mass inconvenience. Better sense prevailed. Besides, it was festival time, and everyone wanted to be with their families.

As long as the dichotomy of an elected legislature with an administrator… remains, this [Centre-state tussle] is likely to continue. It is inherent in its conception. Change of any kind can come only from Parliament.

Without the Centre’s financial and experiential mentoring, Puducherry would have been deficient in several ways. It is the good budgetary support and the 98 Centrally sponsored schemes that provide for all sections of society in Puducherry.

There has never been a dull moment in Raj Nivas. It has been an insightful experience on the intricacies of public administration―dealing with the elected, appointed and the people, many with demanding and conflicting interests. [We were able to] protect the voiceless against entrenched interests, most of all from ‘middle men’…. The strict implementation of the government of India policies provided the foundation for this transformation…. We have had regular visitors’ day at Raj Nivas. In normal times, people would come from all over the world, and I would meet them. Raj Nivas was also an open house for grievances. On three evenings every week, all were heard on first-come-first-serve basis. And we followed up on the matter, too. It has been worth the effort. It gave us and the people a sense of belonging.

What legacy will you leave behind?

Good practices of an accessible, transparent, responsive and accountable Raj Nivas, and communicating non-hierarchically. Also, the intensive use of technology to facilitate seamless communication. It is and can remain a ‘people’s nivas’.

What are your future plans after completing your tenure?

I strive to remain hungry [for knowledge], to be of value to myself and all I connect with in any way. I have plenty waiting back home. I know one life is not enough to learn and do. I wish to remain a student. [I will be] more on a self-learning mode.

Do you intend to return to active politics?

I have all along been in public administration… since 1972, when I joined the Indian Police Service.