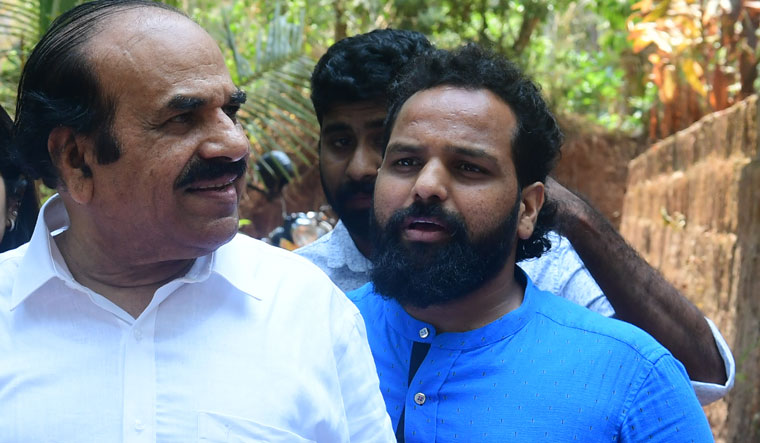 One of the more circulated photos on social media these days in Kerala shows Bineesh Kodiyeri, the younger son of former CPI(M) state secretary Kodiyeri Balakrishnan, standing at the entrance of AKG Centre, the party’s state headquarters. With the image of the party symbol—hammer, sickle and star—right above his head, Bineesh exuded power and confidence.

But Bineesh is no longer in Kerala. Nor is he free. He was arrested by the Enforcement Directorate on October 28 in a money-laundering case linked to a Bengaluru-based drug trafficking racket, which was busted by the Narcotics Control Bureau (NCB). Mohammed Anoop, who was arrested by the NCB, said Bineesh used to finance his businesses. The ED believes that Anoop is Bineesh’s benami partner and said it found cash deposits worth more than 05 crore in Bineesh’s three bank accounts in the last seven years against his total declared income of 01.2 crore. Under pressure, Kodiyeri has already stepped down from the party secretary’s post, citing health reasons.

Bineesh, 36, has always been a flamboyant character. He buys fancy numbers for his cars. He bought two established cricket clubs in his cricket-obsessed hometown Thalassery and named those after him. Always eager to flaunt the power of their surname, Bineesh and his elder brother Binoy have frequently courted controversies. When his father was home minister of Kerala, Bineesh ventured into the real estate business, and his name got linked to many shady deals. Bineesh also acted in small roles in Malayalam movies. Though his roles were insignificant, he was close to industry bigwigs. Bineesh is also part of the cricket administration in Kerala.

While the CPI(M) said Bineesh should be punished if he was found guilty, his wife, Renita, said the BJP was using the ED to settle political scores. “The allegations that Bineesh is a don and that he has huge assets are lies. He owns a hotel, which was bought by pawning my mother’s land,’’ she said.

The BJP, however, said the ED would prove that Bineesh was into drugs and illegal businesses. “He roamed free till now because of the unethical arrangement between the UDF and the LDF,’’ said BJP state president K. Surendran.

The CPI(M), which has clear guidelines even on how the family members of its cadre should live, is feeling the heat. “The problem is that a certain image has been created in the media about Bineesh that anyone can raise allegations against him and people will believe it,’’ said a young state committee member of the CPI(M).

Veteran journalist B.R.P. Bhaskar said Bineesh was morally bound to behave in a more responsible manner as the son of a left party secretary. “I am sure that Kodiyeri was aware of the perception about his sons,” he said. “If he did not do anything to correct them or he failed in doing so, he is also at fault.’’