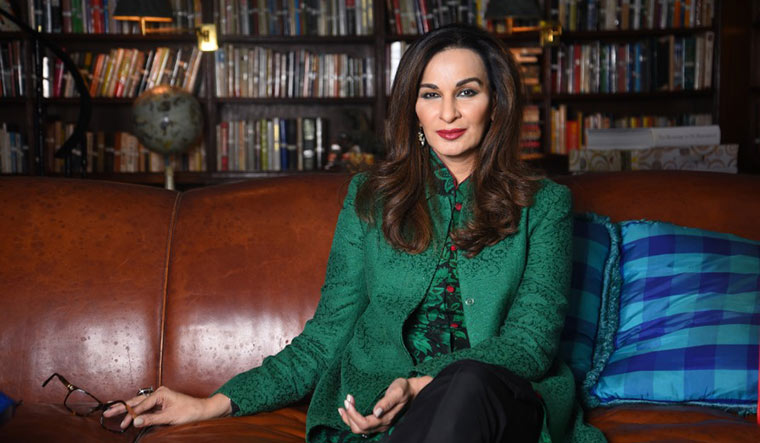 Sherry Rehman heads the Pakistan Peoples Party in the senate, the upper legislative chamber, and serves as chair of the Islamabad-based Jinnah Institute. She has earlier served as a federal minister and as ambassador to the United States. In an exclusive interview with THE WEEK, Rehman says India has made a huge mistake in Kashmir and warns that any escalation will see a proportionate response from Pakistan.

Pakistan has expelled the Indian High Commissioner and stopped bilateral trade. The Samjhauta Express, too, has come to a halt.

Pakistan has expelled the Indian High Commissioner to signal the gravity with which we view the developments in Indian-occupied Kashmir. While it is always judicious to have senior diplomats in each other’s countries working through such a crisis, the sense in Pakistan, increasingly, is that India has closed the door to dialogue by its unilateral annexation of Jammu and Kashmir, an internationally recognised dispute. Further, the decision to suspend trade and halt the Samjhauta Express are meant to convey Pakistan’s deep displeasure and rejection of India’s illegal decision in contravention of international norms and the will and wishes of the people of Kashmir. India cannot continue to create illegal facts on the ground, and expect no consequences.

How do you view Pakistan's attempts at internationalising the Kashmir issue?

Narendra Modi’s unilateral attempt to annex Kashmir is an attack on the international architecture of laws and norms that governs the rule of law protecting states and their commitments made at global forums or even to each other. Pakistan’s parliament was quick to react to India’s illegal annexation of Kashmir. The view is that August 5 marks a crossroads in the history of the region. Policy options aimed at reminding the international community of its commitments on the issue include approaching the UN Security Council, which we are doing. Pakistan should also take up human rights abuses in Kashmir at the UN Human Rights Council. Two reports by the UN High Commissioner on Human Rights have already documented many of the arbitrary arrests, detentions, rapes, blindings and abuses in Kashmir. These should form the bedrock of Pakistan’s complaint. The prime minister should also be travelling to important countries including the United Kingdom, Turkey, Saudi Arabia and Malaysia, demonstrating the seriousness with which Pakistan views India’s unilateral decisions.

How do you view President Trump's offer to mediate?

Mediation for an international dispute that has triggered several wars is never tossed away by responsible states as a non-option. Despite the fact that India has been insisting that Kashmir is a bilateral issue, the recent unilateral attempt by Modi to annex Kashmir is not just a spectacular failure of democratic and international norms, but also a fundamental and arbitrary rejection of the Simla Agreement and the Lahore Declaration. Pakistan is well within its rights to reconsider earlier agreements with India and push for the United States, especially President Trump, to live up to his offer of mediation.

With the downgrading of diplomatic relations, is diplomacy out of the equation?

Nuclear states should always avoid escalation. That is the whole point of deterrence. Betting on peace is always more tedious than pumping people for war. I have been personally invested in dialogue for normalisation of relations, but I have always insisted that dialogue must be on the basis of mutual respect and sovereign equality. The challenges for interlocutors invested in dialogue have been growing since the BJP government took over in 2014. Year after year, the Indian government has chosen to raise new barriers to dialogue, backed by a hindutva-fuelled nationalism that has endangered peace in our region. What happened after Pulwama/Balakot demonstrates how India’s appetite for escalation has increased. We have seen how the Modi government continues to privilege false bravado and aggression over politics and dialogue. It is extremely likely that once curfew is lifted in Kashmir, people will take to the streets and violence will rise. To divert international attention from their own failure to diplomatically solve the Kashmir issue, the Modi government will seek to divert attention to Pakistan, and recast indigenous Kashmiri rebellion against annexation as cross-border militancy. In Islamabad, our policy position is clear. We do not want war, but any escalatory actions by India will see a proportionate response.

Do you see any hope of a dialogue between the two countries in the future?

The bilateral relationship has slipped below the ‘new normal’ of a cold freeze. August 5 has redefined where we stand with respect to each other. I would go so far as to suggest that the relations between our two countries are worse than they were for over a decade. In Pakistan, we have long argued that there has been consensus in the country for improving relations with India, but the silence from New Delhi and its shocking belligerence have frayed that consensus. Today, there are fewer and fewer takers in Islamabad for dialogue with this hindutva Indian regime that frames every argument on medieval notions of power. Power is power only if it is legitimate, and, in Kashmir, India has made a huge mistake. It has not only undermined its big democratic profile, but also attempted to re-write history and geography for the Kashmiris. They won’t accept it. The story of abuse, torture and unlawful detentions can no longer be contained. No country can do that anymore. Kashmiris will keep breaking the curfew and breaking the wall of silence being imposed upon them. Kashmir is not a piece of real estate to be swallowed up. Like everything else, it has a human component, and ultimately must be about its people and their will.

There have been suggestions for dialogue to be conducted over low-hanging fruit. Do you see that as a possibility now?

Over the past five years, even low-hanging fruit such as easement of trade, people-to-people contact are no longer within reach. India’s threats to walk away from the Indus Water treaty, revocation of the most favoured nation status, and the zero-visa policy at the Indian High Commission in Islamabad have been symptoms of the deep freeze in our bilateral relations. After August 5, any dialogue with India that ignores the plight of the Kashmiri people and the centrality of the Kashmir dispute to the India-Pakistan relationship is near impossible.

Do you think China will be able to help in this matter?

As we stand at this crossroad in history, only deft diplomacy can help regional peace and stability. China and Pakistan share a strong historical partnership and a strong response from a global power such as China can have a major influence on the trajectory of this dispute. It is important to remember that China also has a very important stake in the region itself. A peaceful settlement of the Kashmir dispute, hence, will also be in the interest of the Chinese.

How do you view Kashmir in the context of Afghanistan, especially after the Taliban's response?

India’s timing of taking unilateral action in Kashmir in the midst of the Amaranth Yatra is viewed with suspicion in Pakistan. Many think that Modi’s decision is meant to divert Pakistan’s attention from the reconciliation process in Afghanistan. However, Pakistan has invested significant political capital in the talks between the Taliban and the United States. We want peace in Afghanistan to be defined principally by Afghans, for it to be sustainable. Irrespective of attention-diversion, Pakistan will continue to facilitate the peace process in Afghanistan.

Do you think that the current situation will impact the Kartarpur corridor?

Notwithstanding our unambiguous position on the recent crisis in Kashmir, it is important to respect the universally guaranteed rights of freedom of religion and we should not punish the Sikhs, who are devoutly beholden to the founder of their faith, Guru Nanak, buried in Kartarpur, for the unilateral actions of those in the corridors of power in India. India, like any country, is not a monolith. There are brave voices of resistance to the autocracy. However, we are in a continuously evolving situation now and the unpredictability injected into the bilateral equation is now the norm. The Indian government realised the full extent of what it was putting at risk when it decided to challenge the international nature of Kashmir’s status. No consequences can be called unintended now.

Diplomacy manages risk, and mitigates crisis at the worst of times, so there is always a case to be made for it. Unfortunately, the BJP government does not seem interested in dialogue. Many emerging cross-border issues such as climate change, terrorism, cybercriminality, and old ones such as trade and supply chains require regional and global protocols that can mandate predictable rules-based benchmarks of responses. These would be universally applicable, and in bilateral cases, joint commissions can be worked out for protecting dialogue in times of crisis. Pakistan has consistently offered dialogue on all bilateral issues, over consecutive governments, but the BJP government does not seem interested in dialogue because ‘otherising’ Pakistan pays political dividends domestically.