Kumar says the yatra will throw up new leaders 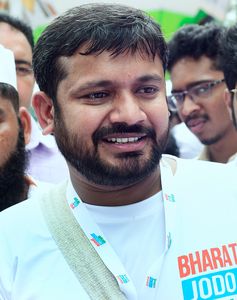 Q\ What has the experience on the yatra been like so far?

A\There is a spontaneous outpouring of support. Everybody, including the elderly and the youth, has turned up to support us. This has made us think that people are looking at the Congress with hope. This is the biggest challenge for us, that the hope of the people should not diminish. We saw people lean out of their balconies and windows, making videos of the yatra. This is an interesting new shape that the digital media is giving to our democracy. Also, political programmes are mostly staged. But this is different. We are walking on the road, there is no barricade, no VIP culture.

Q\ What kind of response is Rahul Gandhi getting?

A\ All Bharat yatris are at the back of the yatra. Right in front is the team carrying the tricolour. Then, there are senior leaders from the states, accompanying Rahul Gandhi. When you bring up the rear, you can see that the enthusiasm does not wane even after the leaders have moved ahead.

Q\ Are you perceiving any change in the popular sentiment?

A\ The Congress has had the maximum impact on the country’s development, having been in power for so long. Today, it is in the opposition. But I feel that through the yatra, people will once again connect emotionally with the party.

Q\ Any worries about the hardship that you will have to endure during the 150-day yatra?

A\ None at all. I am wearing slippers on the yatra. When you are in a crowd, you are influenced by the energy of the crowd. The level of adrenaline is high. Alone, I may not have been able to walk so much.

Q\ What kind of communication are you having with the people?

A\ It is more about listening and learning. The yatra encompasses the entire nation. The Bharat yatris come from different parts of the country. The sloganeering here is in a different language. So there is a lot for people like us who come from the Hindi belt to learn about the political culture of this region.

When we were brainstorming about the yatra, we discussed that mass connect is needed at a larger level because the masses are feeling that their issues are not being talked about either in the conventional media or on social media. The opposition, too, has felt constrained in taking up their issues since no discussion takes place in Parliament. And because of the manner in which resort politics is happening, the common person will lose faith in democracy. Already, politics is not considered a noble profession.

Q\ Will the yatra help the Congress’s revival?

Q\ The strength of the Congress seems to be depleting with the exit of leaders.

A\ Nothing happens with leaders quitting the party. Numbers are not provided by leaders. Numbers are provided by the people. Exercises such as the yatra will throw up new leaders. We will have to be patient. Those who are not willing to be a part of the long struggle are quitting. The only way to get the people on your side is to keep going to the people.