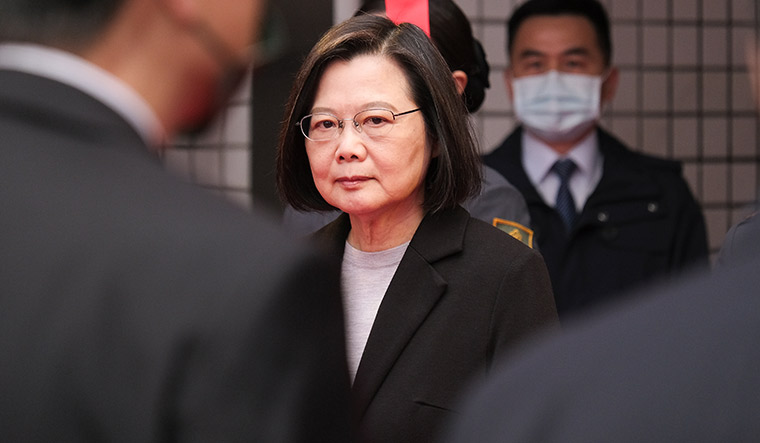 On December 2, 2016, Tsai Ing-wen, who was barely a year into her first term as president of Taiwan, made a bold diplomatic gambit. She picked up the phone and made a call to Donald J. Trump, the president-elect of the United States. The two leaders spoke for about 10 minutes. None of her predecessors had dared to make such a move since January 1, 1979, when president Jimmy Carter severed normal ties with Taiwan and granted China full diplomatic recognition.

China had failed to anticipate Tsai’s move, and all hell broke loose in Beijing within hours of the call. The Global Times, a tabloid published by the Chinese Communist Party, called for a rapid buildup of strategic nuclear stockpile and termed Trump’s core team “pigs” for facilitating the conversation. From Tsai, however, the message was clear. She might be a soft-spoken policy wonk, but when it comes to her country’s security, she would not budge an inch.

Tsai has always been an unusual politician. Born on August 31, 1956, in a Hakka family—one of Taiwan’s ethnic minorities—she was not a career politician. Nor did she have any family connection to politics. Her father was an automobile mechanic turned real estate developer. He wanted her to study law so that she could help him manage the family business. But he also expected her, as the youngest daughter among his nine children, to take care of him when he grew old. “I was not considered a kid that would be successful in my career,” She told Time in an interview.

Tsai grew up in coastal southern Taiwan, before moving to capital Taipei for her LLB at the National Taiwan University. She did her master’s in law at Cornell University, New York, and PhD at the London School of Economics in 1984. Her PhD became the subject of a major controversy much later in June 2019 when she was seeking reelection as president. A political talk show host named Dennis Peng and a few academics alleged that her dissertation credentials were questionable. After the LSE vouched for the bonafides of Tsai’s PhD, she took legal action against Peng, who was subsequently indicted by the Taipei district prosecutors’ office.

After finishing her PhD, Tsai remained in academics for nearly a decade. In 1993, she started working for the government, handling international trade negotiations. She soon became a trusted adviser to president Lee Teng-hui of the Kuomintang Party (KMT), although she was more ideologically aligned with the opposition Democratic Peoples Party. In 2000, when the DPP won the presidency for the first time, Tsai was appointed head of the Mainland Affairs Council, one of the most important bureaucratic positions in Taiwan. Tsai was the council’s first female chairperson and its youngest chairperson.

After a successful four-year stint at the MAC, Tsai formally joined the DPP. She was appointed vice premier in 2006. In 2008, following the DPP’s loss in the presidential elections, she became party president, the first woman to lead a major political party in Taiwan. But her entry into electoral politics was not smooth. She lost to Eric Chu of the KMT in the New Taipei City mayor election in 2010, and also lost the 2012 presidential election against incumbent Ma Ying-jeou.

As the second Ma administration got embroiled in corruption scandals and internal bickering, Tsai used the opportunity to assess her strengths and weaknesses, aiming for a second shot at presidency. She found herself on the back foot for a number of reasons. She was an ethnic Hakka, while nearly 95 per cent of the Taiwanese were Han Chinese. She preferred to speak Mandarin Chinese rather than Minnan, a branch of Chinese which was more popular on the island. On many social and political issues, she was a moderate, while the DPP cadre loved extreme positions. Finally, she was not an accomplished speaker.

As her campaign rallies were so boring, Tsai sought help from Lee Yung-feng, the head of a prominent theatre group. She told him about the chilly response she often received from her audience. Lee told her that professional actors were never bothered by what happened offstage; they cared only about getting their part right. Tsai then resolved to “stay with her own persona and personal political vocabulary, presenting her views methodically and logically”. She was elected president on January 16, 2016, with over 56 per cent of the votes. 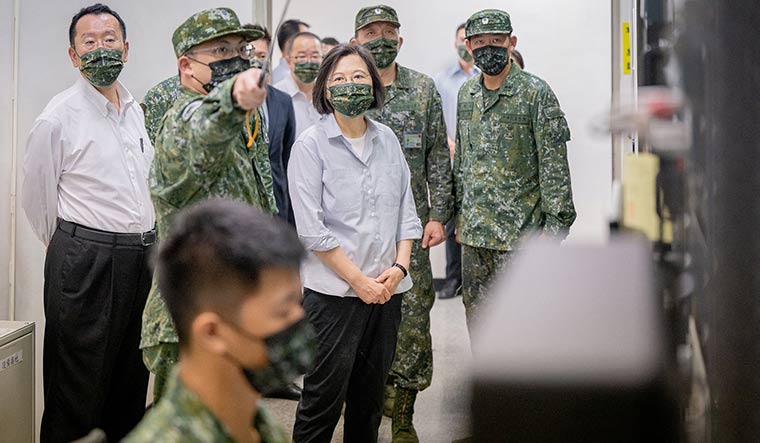 Tsai is Taiwan’s first woman president and the first female head of state in Asia who was not born into a political family. She is also the first unmarried president of Taiwan. The Taiwanese did not have a problem with their president’s marital status, but it was widely discussed in the Chinese media. Xinhua, the official Chinese news agency, published an article by a senior military officer which argued that as a single, female politician, Tsai did not have the emotional support of love, family or children. “So her political style and strategies are more emotional, personal and extreme,” said the article. Tsai has been remarkably cool about it. “In today’s society, a person who is not married can still get all the things that marriage has to offer,” she once told an interviewer.

Her first term as president was a trial by fire. “As she was not a natural politician, she took decisions which she felt were good for the future of the country. But it hurt her politically,” said Joshy M. Paul, international relations expert at the Centre for Air Power Studies, Delhi. “She had to pay a huge political price for her decision to reduce dependence on fossil fuels, legalise same-sex marriage, and implement the new labour code and pension reforms.” Just two years into her tenure, she became one of the most unpopular presidents in Taiwan’s history and the DPP lost badly in the 2018 local polls. Ironically, what perhaps saved her career was an unexpected intervention by her bête noire, Chinese President Xi Jinping.

In his 2019 New Year speech, Xi made a long-winded reiteration of China’s determination to reunite Taiwan under the “one country, two systems”, and cited Hong Kong as an example. Tsai’s rebuttal, which came within hours of Xi’s speech, painted an alarming picture of China trying to undermine everything that Taiwan stood for. She forcefully rejected the “one country, two systems” model and the “1992 consensus”, which says that both sides of the Taiwan Strait belong to one China, but with flexible interpretations.

She was also helped by Xi’s high-handed approach in Hong Kong where pro-democracy protesters were brutally suppressed by the police. The slogan “Hong Kong today, Taiwan tomorrow,” resonated with voters. Tsai’s fearless approach burnished her image as the defender of Taiwan’s democracy and quickly turned around her fortunes, paving the way for her reelection, with an even bigger mandate. Being term-limited under Taiwanese law, this would be her last term as president.

The days after the reelection brought another challenge in the form of the pandemic. Tsai’s response was impressive as she “relied on science, preparedness, clear and consistent communication, a strong health system and technocratic competence” to protect her country.

Unfortunately for Tsai, the period also witnessed China’s growing assertiveness, with Xi preparing for an unprecedented third term as supreme leader. She, however, did not back out when Nancy Pelosi, the speaker of the US House of Representatives, announced a visit to Taiwan. She did not mind the fact that the visit was not just a show of solidarity, as Pelosi was also eyeing the liberal vote-base of the Democrats in the US, with the party facing a tough midterm elections in November. Ignoring China’s wrath, she formally received Pelosi, conferred on her Taiwan’s highest civilian honour and even made sure key moments of the visit were covered live online.

As tensions with China grow, no one is perhaps better qualified than Tsai to steady the ship and to ensure that Taiwan’s vital interests are protected. Ryan Hass, senior fellow at Brookings Institution, Washington, DC, called her the Angela Merkel of Asia. “Like Merkel, Tsai has been steady, methodical, technocratic, competent and quick to seize opportunities to advance her agenda.” An official who worked closely with Tsai during her days as DPP chief between 2008 and 2012 recently told the Financial Times that she avoided rash decisions by talking to a range of experts, especially on controversial issues. “When we were preparing bills for the legislature, the thing Tsai would challenge me over the most was whether we had consulted enough people who don’t agree with us,” said the official. “If there is one key principle for her, it is balance.”