If Mao Zedong had a “gang of four” to lead his Red Guards during the Cultural Revolution, there is a new “gang of four” in action in Taiwan, challenging the legitimacy and human rights record of the Chinese government. They are Wuér Kaixi, a Tiananmen Square massacre survivor from Xinjiang; Lam Wing-kee, a bookseller from Hong Kong; Kelsang Gyaltsen, the Tibetan representative in Taiwan; and Lee Ming-che, a Taiwanese activist who was jailed for five years in China. During Speaker Nancy Pelosi’s visit to Taiwan, she met with members of the “gang”, showing the importance of the geopolitical hotspots represented by them.

The four activists briefly shared their experiences with THE WEEK. 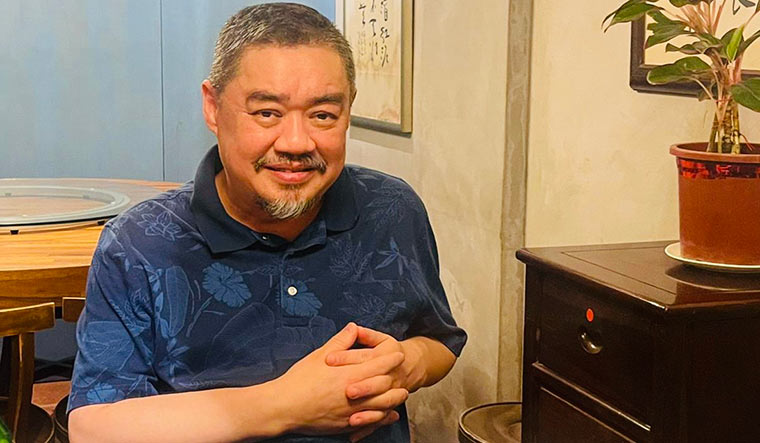 When I met Speaker Nancy Pelosi, I gave her chocolates. She loves chocolates. The chocolates were made by connoisseur Wu Kui Ni, who won four gold medals at the International Chocolate Awards (Asia Pacific) competition. I have met Pelosi at least two dozen times, but our latest meeting in Taiwan was a message to Chinese President Xi Jinping that democracy can never be defeated and that the US continued to support Taiwan. During the meeting, we talked about human rights violations in Hong Kong, Tibet and Xinjiang.

I belong to the Uyghur heritage and my parents worked in China as translators. They were not working for the Communist Party, but everything was controlled by the CCP back then. In the 1980s, the Chinese people, especially the students, thought that the CCP was committed to making China an open society and they wanted to nudge the party in that direction. But when they went out to the Tiananmen Square in 1989, the true nature of the CCP was revealed. The party wanted power, but not reforms, and responded with military suppression. I managed to escape somehow, and I was put as number two on the CCP’s most wanted students’ list.

I escaped to Hong Kong and then to Europe and the US, before moving to Taiwan in 1996. I was distraught when China arrested Liu Xiaobo, a prominent intellectual and my mentor throughout the student movement. He was sent to jail in 2008 for challenging the CCP rule. Hearing that, I tried to turn myself in, yet I was not arrested. In 2010, Liu became the first Chinese citizen to be awarded the Nobel Peace Prize, but it was tragic that he remained a prisoner till his death in 2017.

Today, I believe that the US is on the cusp of a change. It had adopted an engagement policy with China under president Richard Nixon and his national security adviser Henry Kissinger to counter the Soviet Union. But when the policy continued even after the Cold War, it turned into appeasement. Pelosi’s visit is an indication of a change. China will have to either reject it or adapt to the impending change. I don’t think there is much substance behind Xi’s military threat, unless he has gone crazy. He is a calculating dictator who always sees what is beneficial for him. So he may not invade Taiwan. But he runs a totalitarian regime which is capable of irrational action. 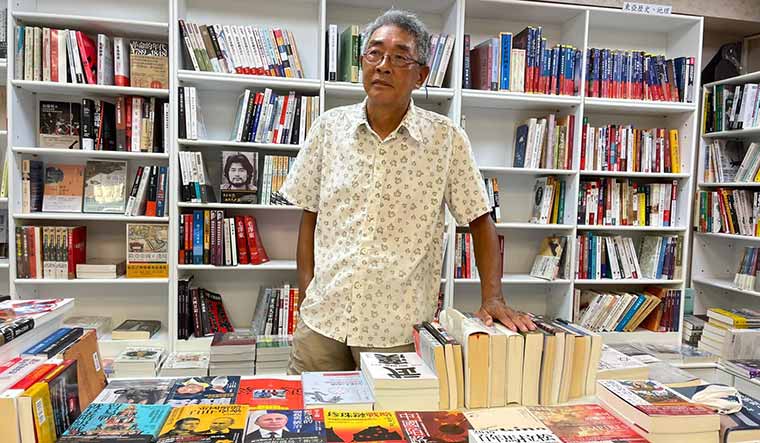 I was kidnapped by suspected Chinese agents in 2015 and was jailed for eight months for selling books critical of the Chinese leadership. It showed that the CCP did not want to hear any voices against them. I escaped to Taiwan after Hong Kong proposed a law that would have allowed my extradition to China. I could have been sent to a Chinese prison and prosecuted under any charge they wanted. So I escaped, leaving behind my bookstore and my girlfriend.

After the Tiananmen Square massacre, people in Hong Kong suddenly wanted to know more about what was happening in China, and books were the most direct way to do that. I loved reading, so it was quite natural for me to open a bookstore. Gradually, I realised that the bookstore was also a way to focus on human rights, which is a bigger priority for any country. In Taiwan, too, I opened a bookstore to show the world and the CCP that I am still a rebel and that the people of Hong Kong will continue to fight.

I don’t have anyone in Hong Kong to go back to. My bookstore has been purchased by some Chinese investment firm. My sons are grown up and they have chosen to stay back. It is their decision and I don’t worry about them.

The situation in Taiwan is critical right now and it is good that the US has given a clear message to China with the visit of Speaker Pelosi. Taiwan is a democracy. But we must remember that democracy is not the destination. It is only a way to realise the actual goal, which is freedom. 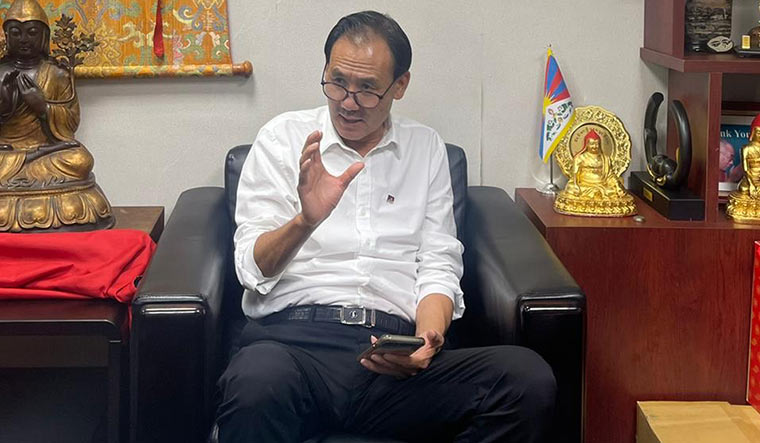 On the night of Speaker Pelosi’s visit to Taiwan, I got a call from a Mongolian diplomat, asking about the chances of a war breaking out and whether they should airlift their students. I told him that Pelosi would visit Taiwan, but there would be no war. Later, he thanked me and invited me to dinner.

As Tibetans, we understand the Chinese mind because we have witnessed their aggression and oppression for decades, much before anyone else. Today, the Tibetan community in exile in Taiwan is of strategic importance as we assist, guide and join hands with the Taiwanese in times of crisis.

The Tibetans, the Uyghurs, the Mongolians, the Taiwanese and the Hong Kongers are facing the same kind of problem from the CCP. China fears that we could stop it from having good relations with other countries. We have come together under a common understanding against the dangerous policies of the CCP. Given the present situation, the people in Taiwan feel that war is imminent, but the only way to avoid war is to rally together the defenders of human rights, democracy and peace. This is the time we need the support of the international community. Countries like India should be more vocal in their support because the Tibetan refugees are already settled in India. It is home to the Dalai Lama and is a centre of Buddhism.

During the 2008 uprising in Tibet, Pelosi had visited India and met the Dalai Lama. At that time, I was a parliamentarian in the Central Tibetan Administration and I got a chance to meet her. This July, I visited the American embassy here in Taiwan for a human rights conference. All these engagements demonstrate our close relations and also the American commitment towards protecting human rights. Pelosi herself is one of the greatest supporters of the Tibetan cause and of the Dalai Lama, so it was our responsibility to receive her when she came to Taiwan.

Lee Ming-che, Taiwanese activist who was jailed for five years in China 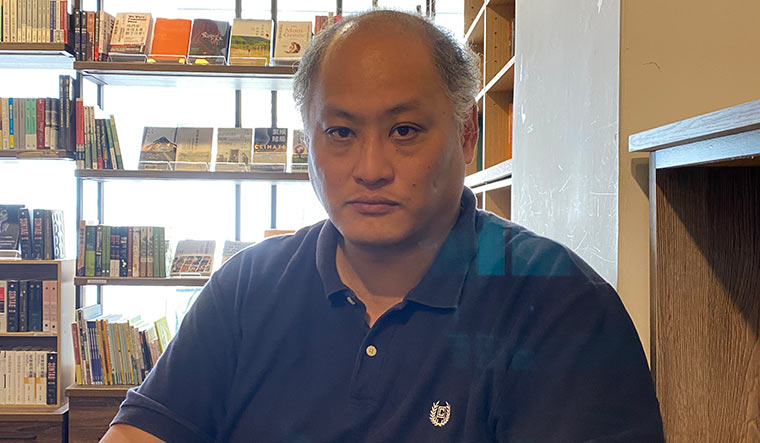 I was arrested at the Gongbei port of entry [on the China-Macau border, in March 2017]. A black cloth was put over my face and I was forced into a car. My abductors asked me to cooperate and sent me to Guangzhou for RSDL (residential surveillance at a designated location), a type of undisclosed detention centre used against individuals accused of endangering national security. According to a Chinese court, all my “crimes” were online criticisms of the Chinese government. However, the places where I made those remarks were all in Taiwan. China treats the Taiwanese like its own citizens and imposes a charge of “subversion of state power” that should apply only to its own people. Such acts are an unlimited expansion of national sovereignty and a violation of Taiwan’s sovereignty.

I was in solitary confinement; even my lawyer and my family were not told about my condition. I was not allowed to read any books or magazines, or watch TV. Even the staff watching over me were forbidden to speak to me.

After I was released from RSDL on May 26, 2017, I was sent to the Chishan prison in Hunan and I got a public trial. The Chinese authorities could not prove espionage charges against me because those were false charges, but I continued to be in prison. I tried to preserve my willpower and sanity by constantly reminding myself that I had not done anything wrong. I called myself a human rights defender and decided to work to safeguard human rights whether or not I was released from jail one day.

I became free after five years, on April 14, 2022. Today, I am working to improve the human rights situation in Chinese prisons even as the Chinese government tries to snap ties between foreign NGOs and the Chinese people.

I believe that freedom is not for free. My parents were born in China and retreated with the Kuomintang army in 1949. My family embraced the idea of “Chinese nationalism”. But my wife is a local Taiwanese. So she inspired me to have a different worldview and I could see that Taiwan was gradually moving towards a democratic society.

I don’t want to be a citizen of an autocratic country. When I met Speaker Pelosi, she mentioned that she held aloft a protest banner at the Tiananmen Square in 1991. She has repeatedly asked Chinese leaders to set political prisoners free. She also expressed concern about human rights violations in Tibet, Xinjiang and Hong Kong.

AS TOLD TO NAMRATA BIJI AHUJA