How Kejriwal has positioned himself as Modi's main challenger 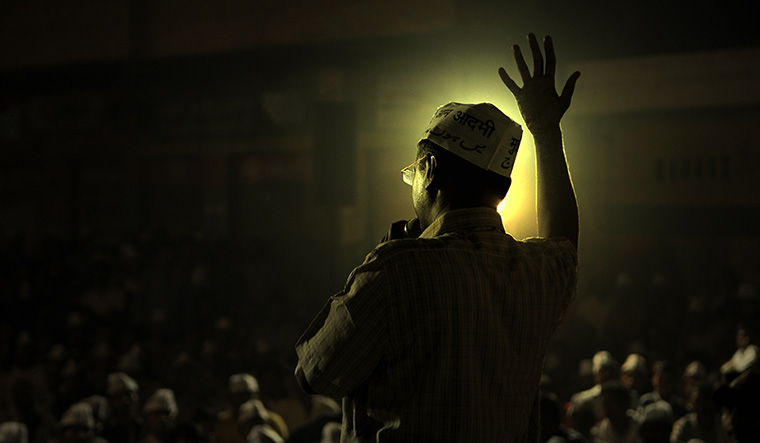 Delhi Chief Minister Arvind Kejriwal and his deputy Manish Sisodia go back a long way. Around 22 years ago, Sisodia, then a television journalist, was among the first few volunteers who signed up for Kejriwal's anti-corruption campaign called Parivartan. A few years later, Sisodia quit journalism and started working full time with Kejriwal. The friendship and partnership continued into the Anna Andolan and then into politics.

Sisodia was Kejriwal's closest confidant as he worked behind the scenes to mount the anti-corruption Jan Lokpal movement in 2011 and then launched the Aam Aadmi Party the following year. So it was ironic when the Central Bureau of Investigation raided Sisodia's premises on August 19 and booked him in a case pertaining to alleged corruption in framing a new excise policy for Delhi.

The irony of the situation and its political implications were not lost on Kejriwal. The case exposed the top AAP leadership to allegations of corruption, ironic because the party emerged from an anti-corruption movement. Also, if Sisodia came under the scanner for any wrongdoing, Kejriwal was the next obvious target, politically at least, because of their close association.

A bitter feud has been going on between the AAP government in Delhi and the BJP-led Union government. The confrontation has only intensified since the appointment of Vinai Kumar Saxena as lieutenant governor. Cases against AAP's MLAs or the actions of investigating agencies against its ministers do not have any novelty value. What, however, makes the situation different this time is that if the allegations against Sisodia stick, it could spell trouble for the AAP as it seeks to launch itself on the national stage.

Sisodia is in charge of several crucial departments in the Delhi government, holding as many as 18 portfolios. He has the image of being the implementer of Kejriwal's vision and has been holding fort in Delhi as Kejriwal focused on the party's expansion plans.

Kejriwal promptly jumped to Sisodia's defence, and said he had known Sisodia for the last 22 years and could vouch for his honesty. He said he had warned three months ago that the Modi government would get Sisodia arrested. He also sought to project the CBI case as an indication of the BJP's frustration since the raid coincided with the publication of a major story in The New York Times that praised Sisodia's achievements as education minister.

On expected lines, the BJP did pounce on what came to be described as 'liquor gate'. BJP leaders did not merely attack Sisodia and demand his resignation. They called Kejriwal the “kingpin” of the alleged corruption in the excise policy. Coming close on the heels of the Enforcement Directorate move against former health minister Satyendar Jain, who continues to be in judicial custody, the situation threatened to become a full-blown crisis for the AAP. 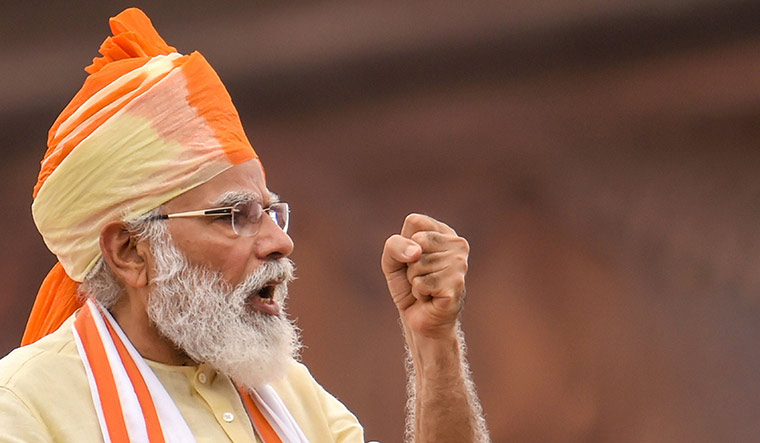 Kejriwal and his party said the corruption case showed the BJP's nervousness at the growing popularity of the AAP in Gujarat. As if to underscore this line, Kejriwal and Sisodia went on a two-day tour of Gujarat, the home turf of Prime Minister Narendra Modi, and promised the people of Gujarat the same amenities enjoyed by the people of Delhi such as free power, water, quality education and health care. During the trip, the duo claimed that the probe into the liquor policy was aimed at preventing the AAP from making inroads into Gujarat.

Sisodia set the tone for the Gujarat trip by claiming that the BJP had offered to make the cases against him vanish and make him chief minister if he split the AAP. More importantly, the AAP declared that the CBI case was a result of the BJP's nervousness about the Lok Sabha elections in 2024 becoming a 'Kejriwal vs Modi' contest. A formidable line-up of BJP leaders mounted a counter-attack, but it only served the AAP's narrative. Kejriwal and Sisodia attempted to come across as honest leaders who were being hounded by investigating agencies at the behest of the Modi regime.

“We all know that Operation Lotus exists. But it will not succeed with the AAP. The cases are spurious and they have no evidence against us. They only hope that they can besmirch our reputation through a media trial,” said Preeti Sharma Menon, president of the AAP's Mumbai chapter and a member of the party's national executive.

The importance of Gujarat for the AAP as it seeks to go national can be gauged from the fact that Kejriwal has visited the state five times in August alone. He has announced a slew of measures with regard to electricity, employment, education and health care. His trusted aide Sandeep Pathak, who is credited with the AAP's winning strategy in Punjab, is the state in-charge of Gujarat. The party has been first off the blocks in announcing candidates for this year's assembly polls. 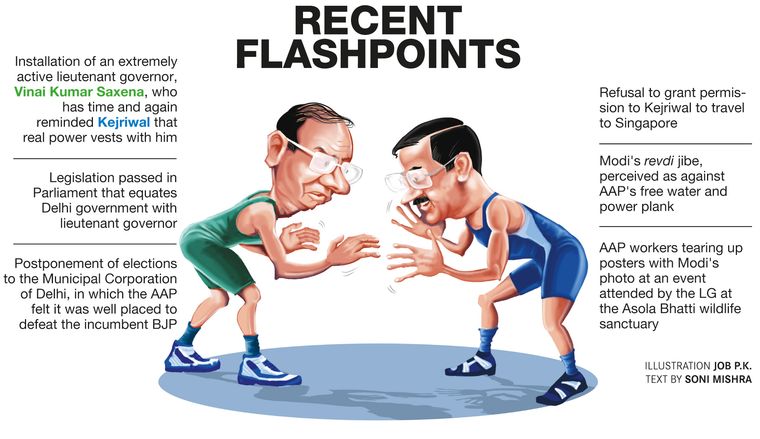 Those tracking the AAP's growth say that the party has harboured national ambitions from the very beginning. The anti-corruption movement of 2011 had a nationwide impact and was expected to create a national buzz for the AAP. The support that the party got in the 2013 Delhi elections spurred it on to contest more than 400 seats in the Lok Sabha polls in 2014. However, it failed miserably, while Modi and the BJP rode the anti-corruption wave to victory.

In the aftermath of the AAP's underwhelming performance in 2017—the party fared badly in the Punjab assembly elections and the Delhi civic polls—Kejriwal and his colleagues desisted from taking on Modi directly, focusing instead on fine-tuning the AAP's messaging. Kejriwal and the AAP made a distinct right turn ideologically, in an attempt to emerge as a true alternative to the BJP.

Kejriwal called himself a Hanuman bhakt and his party aligned itself with the majoritarian view on a range of issues, be it Ram Mandir, Article 370 or the Citizenship (Amendment) Act. The party undertook tiranga yatras in different parts of the country and the Delhi government introduced deshbhakti (patriotic) curriculum in schools. The party installed B.R. Ambedkar and Bhagat Singh as its nationalistic idols. An AAP leader, however, said that unlike the BJP, the party did not believe in spreading hatred.

The moves made by the AAP after winning Punjab elections this year show that it is on a mission to expand its national footprint. With the Punjab victory, the AAP is the only party after the BJP and the Congress to be in power in at least two states. Kejriwal wasted no time in appointing election in charges of the states that go to the polls over the next two years.

He also launched a mission to 'Make India Number One', a nationwide campaign seeking people's involvement. It sounded a lot like Modi's 'Make in India' campaign. If Modi has five pledges to take India on the road to development, Kejriwal's campaign has five plans—free and good education for every child, free quality health care, jobs for youth, adequate compensation to farmers and ensuring the rights of women to equality, security and respect. If Modi has focused on 'parivarvad' or dynastic politics, Kejriwal has listed 'dostwad' or crony capitalism as something that he will fight.

When Modi recently made a strong criticism of freebies offered to voters, Kejriwal offered a strong rebuttal. He said if politicians were getting free amenities, then the common man should also get those.

The BJP, however, says the 'Kejriwal versus Modi' talk is diversionary tactics. “It is aimed at diverting the attention of the people from the corruption of AAP leaders,” said Delhi BJP president Adesh Gupta. “We all know what happened in Uttar Pradesh, Uttarakhand and Goa, where they had made tall claims. First of all, Kejriwal should dismiss Sisodia after the massive corruption in the liquor policy.”

Kejriwal has stayed away from the opposition bloc while projecting the AAP as the party with a difference and himself as the real alternative to Modi. AAP leaders say the party cannot be on the same opposition platform as others, especially the Congress, the party whose space it aims to occupy.

Other opposition parties, however, feel that the AAP needs to coordinate more with the larger anti-BJP bloc at a time when investigating agencies are closing in on AAP leaders. “Institutions like the CBI and the ED have lost their character. Their direction is predetermined, and we know who does it and for what purpose,” said Manoj Jha, a Rashtriya Janata Dal MP. “The AAP will have to speak up when other opposition leaders are targeted, like we are speaking up for them now. All of us need to send out a message that a political battle must be fought politically.”

Sharma Menon said the AAP's past attempts at opposition unity had been largely unsuccessful because of the Congress and its stand against regional parties. “In Maharashtra, we spoke against the toppling of the government. However, in Delhi, when action was taken against our leaders, the Congress behaved in a petty manner,” she said.

The Congress, however, insists that the AAP and the BJP are doing 'match fixing' to edge out the principal opposition party. “The BJP MPs from Delhi are now raising a hue and cry. But it was the Congress that had brought the irregularities in the excise policy to light,” said Delhi Congress president Anil Chaudhary. “Also, the manner in which the probe is being conducted is unnecessarily being made into an event. Shouldn't the guilty be straightaway put behind bars? We have been saying from the beginning that there is no difference between the AAP and the BJP.”

Despite the challenges, AAP leaders claim that the party is strengthening itself in states like Gujarat, Himachal Pradesh, Karnataka, Rajasthan, Madhya Pradesh, Chhattisgarh, Maharashtra, Kerala and Haryana. At a recent party meeting chaired by Kejriwal, it was decided that a 'gram sampark abhiyan' would be launched. It would have party volunteers fanning out into the villages in a campaign to be completed in six months. The party would then carry out an outreach programme at the block and district levels, explaining the importance of amenities that are being called freebies.

Even as the AAP charts its future course, the party also faces major electoral challenges. While it won Punjab, it got just two seats in Goa despite an aggressive campaign and it failed badly in Uttarakhand. The party's chief ministerial face in Uttarakhand eventually joined the BJP. Even in Punjab, the honeymoon period got over rather quickly and the Bhagwant Mann government now faces the unenviable task of fulfilling the party's poll promises at a time when the state's finances are in an extremely bad shape.

Political commentator and former AAP leader Ashutosh said the 'Kejriwal vs Modi' narrative was helped by the fact that both leaders were aggressive in their political approach and enjoyed a strong presence on social media. “Also, those who do not see Rahul Gandhi as competent or are disappointed with him see a ray of hope in Kejriwal.” Ashutosh, however, warned that the 'Kejriwal vs Modi' narrative did not have much basis in the real world. “It is true that after the BJP and the Congress, the AAP is the only party that is in power in more than one state. But it has a significant presence in just 22 parliamentary seats,” he said. “The AAP's narrative can grab eyeballs. But it may not translate into votes.”