Sisodia says CBI raids did not find anything against him 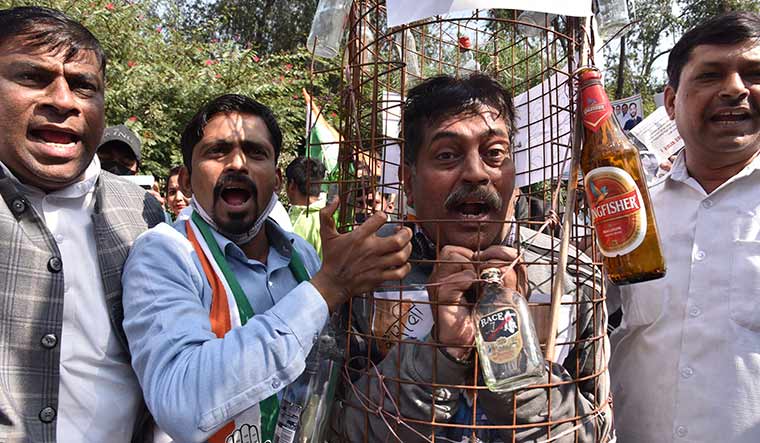 The policy has now landed Sisodia in trouble, with the CBI launching a probe into the alleged irregularities. The allegations range from helping a select few liquor licensees at the cost of the public exchequer and payment of bribes to certain public servants. The CBI launched the probe on the recommendation of Lieutenant Governor Vinai Kumar Saxena, following a report submitted to him by chief secretary Naresh Kumar. Shortly afterwards, Sisodia announced that the government was reverting to the old excise policy till the time a reworked policy was brought in.

The chief secretary's report mentioned that the excise department had waived Rs 144.36 crore of tendered liquor licence fee citing the pandemic as a reason. The department also refunded the earnest money of Rs 30 crore to the lowest bidder for the licence of the airport zone when the bidder failed to get a no-objection certificate from the airport. It is claimed that these decisions violated settled norms and that the cabinet and the LG were bypassed.

It has also been alleged that the excise department, without the approval of relevant authorities, revised the formula for calculating foreign liquor rates and removed import pass fee, leading to a loss of revenue. According to Delhi government's own estimates, during the first quarter of 2022-23, only Rs1,485 crore was realised as revenue from liquor excise, much lower than the budget estimate of Rs2,375 crore.

In the CBI's FIR filed on August 17, Sisodia is number one in a list of 16 accused persons, some of them senior excise officials. The list also includes private players such as Vijay Nair (former CEO of entertainment company Only Much Louder), Manoj Rai (former employee of Pernod Ricard), Amandeep Dhal (director of Brindco Sales Pvt Ltd), Sameer Mahendru (managing director, Indospirit Group), Amit Arora (Buddy Retail Pvt Ltd) and Sunny Marwah of Mahadev Liquors. Also among the accused are Arun Ramachandra Pillai, a resident of Hyderabad, and Dinesh Arora and Arjun Pandey, who along with Amit Arora have been described by the CBI as Sisodia's close associates.

The FIR mentions that Sisodia and senior excise officials took decisions pertaining to the excise policy that gave undue favours to the licensees. Sisodia said the CBI could not find anything during its raid. Defending the new excise policy, he said, “It is the best excise policy in the country, and was prepared and implemented with full transparency and honesty.”